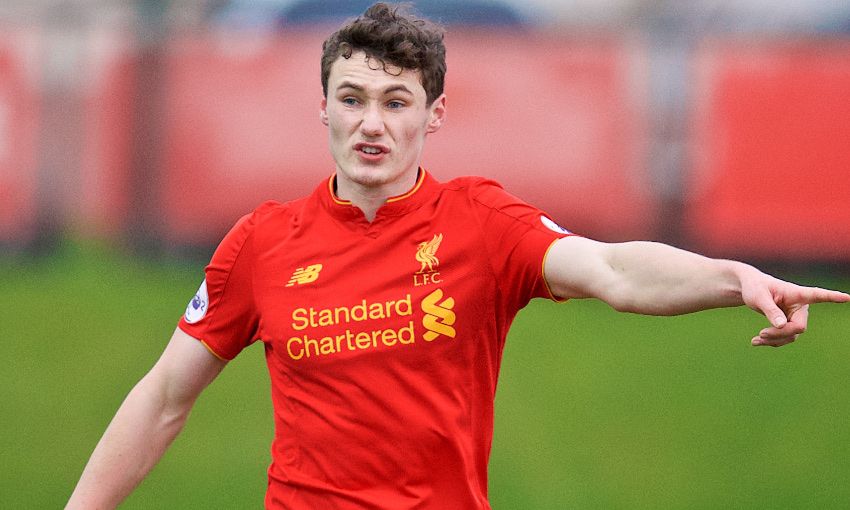 It is a fair indication of Matty Virtue's belief in his ability that, when asked how he feels he has fared up at Melwood this season, he replies: 'I don't feel out of place at all'.

The midfielder is one of a select group of Academy prospects who have had the chance to train with Jürgen Klopp's first team squad throughout 2016-17.

Those opportunities have come as a direct result of his impressive performances for the U23s, such as a three-goal showing against Burnley in the Lancashire Senior Cup earlier in the campaign.

The 19-year-old's leadership skills were also recognised when he was named captain for an Anfield meeting with Manchester United back in January.

On the evidence of his progress this term, Virtue's name could well become a familiar one among supporters at Anfield in the coming years.

But just how much do you know about this boyhood Red chasing his dream at Kirkby? Read on to find out more.

How has the season gone so far?

We know the answer to this, but what has been your highlight?

I think it was my hat-trick on the front pitch!

Scoring goals must be nice but are you more of an all-rounder?

I wouldn't call myself a goalscoring midfielder, I'm more of a midfielder that does a bit of everything. I'm pretty strong defensively but can go forward as well.

How do you train for doing a bit of everything?

It's just speaking to the coaches, getting the coaches' opinions on what they think's best to work on and going with what you feel you need to work on.

How did you come to join LFC?

I was at Chelsea until the age of 11 but my family relocated up to Liverpool. I went to Everton, came here and decided to join Liverpool.

What swung it for Liverpool?

As a fan, how did it feel to captain the U23s against Man Utd?

It was a good feeling, a proud moment, captaining the 23s, especially at Anfield in a big game. Hopefully I can get more of those opportunities and more of that feeling. 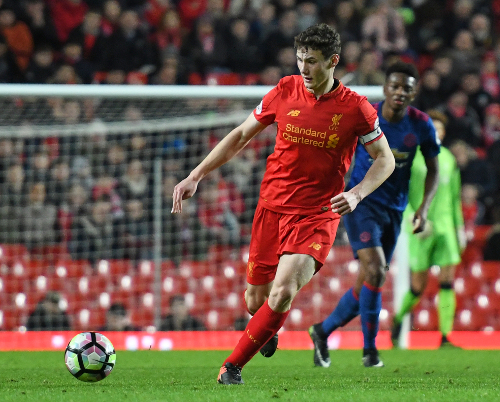 When did you find out?

Just before the game when Mick [Beale] named the team. I captained a few friendlies when Harry [Wilson] was absent and I knew he wasn't going to play the day before so I had a little feeling. But it just confirmed it when he named the team.

How have you found training at Melwood?

It's good getting to train with top international players, getting used to the level. Playing with players of that quality can only make you better.

Do you feel like you can match the senior players?

I don't feel out of place at all. I felt like I fitted in and can play, which is a good thing.

Is there anyone you watch in particular?

Henderson and Wijnaldum, really. [They're] two midfielders who I think are a little bit like me, so it's obviously good to watch them. You've got to try and follow the manager's style because that's ultimately where we want to play. When we get the chance to go up there we've got to know how he wants to play.

How have you found working with Klopp?

It's good, really enjoyable. He's really nice to the youngsters and gets you involved. I think he trusts you as well to go in there and do a job, so it's good.

Do you feel like you're at the right club for a young player?

I feel like there will be opportunities for young players, definitely. The manager will look inside the club before looking outside, which is always a positive thing for us lads here.

What are your short-term aims at LFC?

Just carry on going with the 23s until the end of the season, try to get as many games as possible, carry on putting in good performances. And then hopefully see in pre-season, maybe get some involvement down at Melwood. That's the short-term aim, really.

I like quite a lot of sports: cricket, golf, basketball. I'm into those three really.

Spaghetti bolognese. My mum cooks it better than I do!

What are you listening to at the moment?

A bit of everything but I'm listening to Drake now. [In the dressing room] there's a speaker that you can connect to if you want but certain people do it on matchdays.

Describe yourself in three words