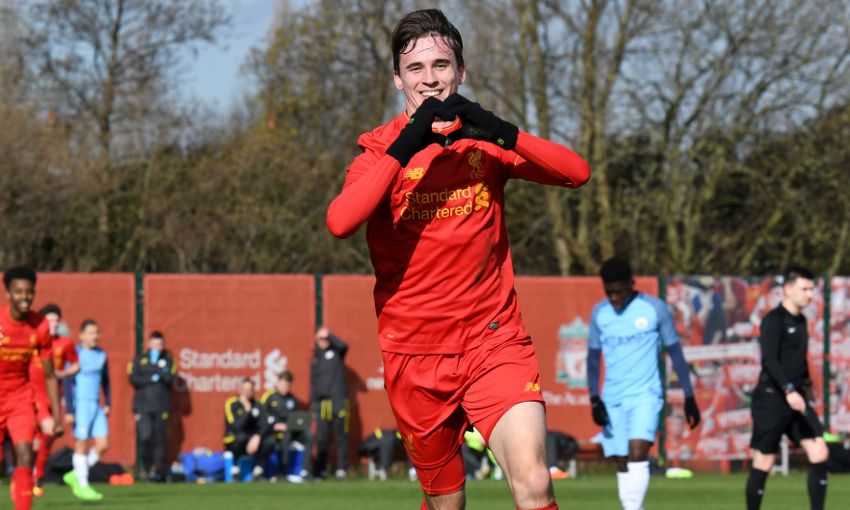 Gerrard: Klopp advice was key to me taking U18s role

“Everybody told me it’s more physical up here but I didn’t believe it and then, first session, bang!”

Liam Millar is recalling his first experience of football in the north of England, and the welcome he received to life as a Liverpool player last summer.

For a player who had already been through the difficult process of adapting to life in an entirely new country in his early teens, though, some added physicality proved to be no big deal.

And just a couple of months on from that tough introduction, the Canadian forward announced himself to Reds fans with a debut hat-trick in an opening-day 4-0 win over Blackburn Rovers.

Millar followed that up by signing his first professional contract in September, taking the latest step forward in a career that has, thus far, seen the young striker tackle every obstacle he has faced.

But it hasn’t been easy.

Reflecting on his development throughout a journey that has so far taken him from Toronto to Fulham and then, finally, Kirkby, he said: “It took me a while to adjust to how English football is, it probably took me a good two-and-a-half years.

“I didn’t really start developing the way I would like to until I finally adjusted to the game. In Canada, it’s really slow but when you come to England it’s just so quick and it’s really hard to adjust. I developed quite well at Fulham and I’m grateful.

Now coming to the end of a mixed first campaign on Merseyside, Millar sat down with Liverpoolfc.com to discuss his flying start, injury setbacks and his aims for the future in the latest edition of our ‘Meet the Academy’ feature.

Read on to see what the promising striker had to say…

You had a great start but then missed a long period due to injury – was that tough to take?

I had a 15cm tear in my quad. It was really hard for me to deal with it mentally because I’d never been injured before. There were days where I was so upset that I couldn’t play. I was happy to see the team do well but I wished I was playing.

Were there any positives from it?

I learned loads. I got so much stronger than I was physically, I can run a lot more than I used to. Being injured was the best worst time of my life in football. It was the worst for not playing but it was the best for me developing physically - these physios and sports scientists have done so much for me. I never imagined when I first got injured that I would get as fit and strong as I am now. I was quite skinny when I first came and I think I’ve developed a lot, I’m bigger and stronger. 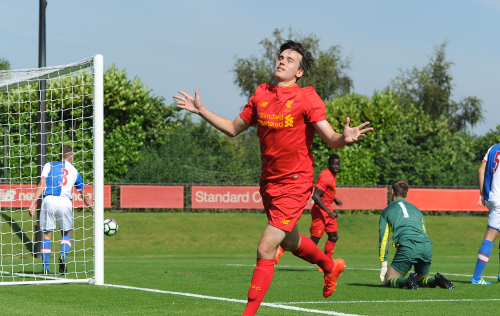 So, how has the season gone for you overall?

I think have six or seven [this season], I’m not too sure. My best season, probably ever, was last season. I scored around 45 to 50 goals last year in 32 games or something. I was on fire, everything I shot would go in. If I’m comparing last season to this season, I’m not as pleased as I was last year. But last year I was with a team I had been playing with for four or five years, so I knew exactly when I would get the ball. Obviously it’s going to take time to learn how to play with these lot and stuff like that. At Fulham it took me time to adjust, so I think next year I’ll have a better year than this year because I think I’ll understand it more.

Has competition for places helped you thrive?

I think it drives all of us to be better because we all have to compete every day for our places. It helps us to improve as players because if you have it easy and you know you’re going to start every week you can just take your foot off the pedal a bit. But if you’re always pushing for places, you always have to prove you’re better than the other person.

And what about playing in different positions across the front line?

It gives you more options of where you can play. At the start of the season, I was an out and out nine, I guess, but this season I’ve started to drift out more to the left. It helps us develop, playing in different positions, it teaches you how to play there if you have to. It’s helpful, development-wise.

Where do you see yourself ending up?

I’ve been asked this question for three or four years and still to this day I don’t know whether I’m a nine or a winger. I tend to score more goals as a nine but I tend to impact the game more as a winger because I get on the ball more and make stuff happen. I don’t really know! Sometimes I’ll play nine, sometimes I’ll play on the wing, but to be honest I’m not bothered where I play as long as I play. It’s just helpful with my development, teaching me how to play other positions. With Jürgen, the front three always rotate, so if I’m playing on the wing one day, I’ll understand.

You’ve had the chance to train at Melwood this season, what is that like?

I’m there every week, normally. It’s a good experience training with Pep [Lijnders] and having Klopp watch every now and then. It’s a good experience just being there. It’s such a confidence booster. There are some managers that will not play young players at all unless you’re something very, very special. It takes a lot to convince them. But Jürgen is really good with young players, he likes to play young players, so I like him. I was buzzing for Rhian [Brewster] the other day, when I saw him on the bench [against Crystal Palace], I was so happy for him. Hopefully, that can be me one day. 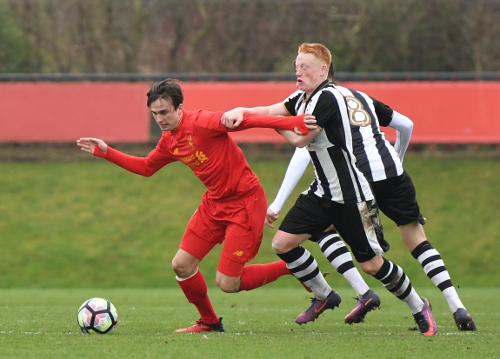 What do you need to do to be there more regularly?

I think mentally I need to improve. I think I’m fit, I think I’m OK technically, tactically I’m OK, but mentally I think I do need to improve a bit. Dealing with mistakes and stuff like that. Sometimes I tend to overthink stuff and I just need to play on with it. I’m working on it now. It’s like resets and stuff - if I miss something, reset, stop thinking about it, think about something else. Try and do whatever you can to not think about missing a chance or giving the ball away.

Have you set yourself targets for next year?

I want to be with the U23s next year, personally. It’d be great to go away with the first team in pre-season, but you never know with that. But if I am with the 18s next year, I’d like to be top goalscorer because that was my goal this year and the injury stopped me.

I remember this one goal I scored, it was my first training session [at Fulham], I think. A boy named Matt O’Reilly pinged it over the top and I ran onto it and volleyed it first time from like 25 yards out and it went top bins! Everyone was like, ‘Who’s this?’ I was trying so hard not to smile!

Basketball. I love the Toronto Raptors, I’ve been watching them.

It has to be chicken.

Because I grew in London, I listen to a lot of grime. I’m a bit of a grime guy.

Three words to describe yourself...

Passionate as well. Hard. And probably caring as well, because they do care about us.