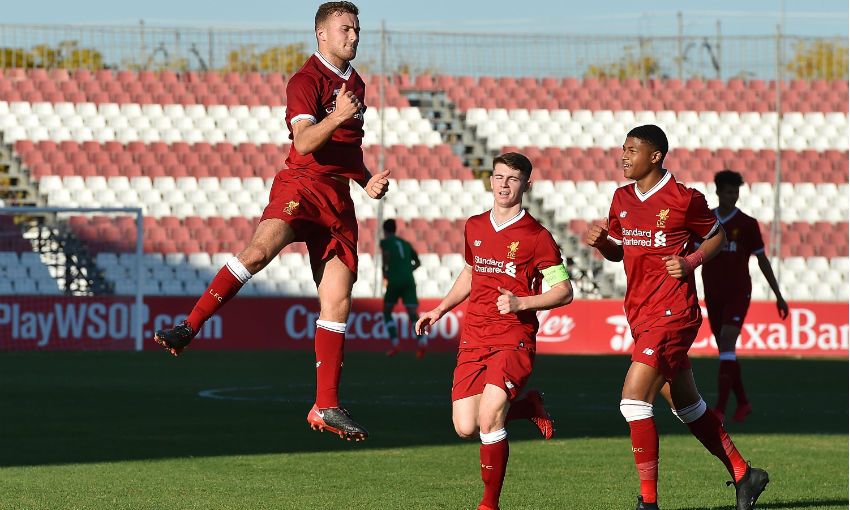 Liverpool U19s secured their place in the last 16 of the UEFA Youth League with a commanding 4-0 victory over Sevilla on Tuesday.

Steven Gerrard’s side went into the match in Spain knowing that three points would seal top spot in Group E with a game to spare.

And, from the moment Liam Millar capitalised on a defensive error to put them ahead inside the opening 30 seconds, no other outcome seemed likely.

Herbie Kane’s deflected free-kick six minutes prior to half-time made it 2-0, before Rhian Brewster produced a-near carbon copy of his classy volley for the U23s against Everton on Saturday.

Substitute Bobby Adekanye then ensured Liverpool repeated the scoreline from the teams' first meeting at Prenton Park in September as he raced clear and finished well late on.

The young Reds will round off their group campaign at home to Spartak Moscow on December 6 - five days before the draw is made for the first knockout round. 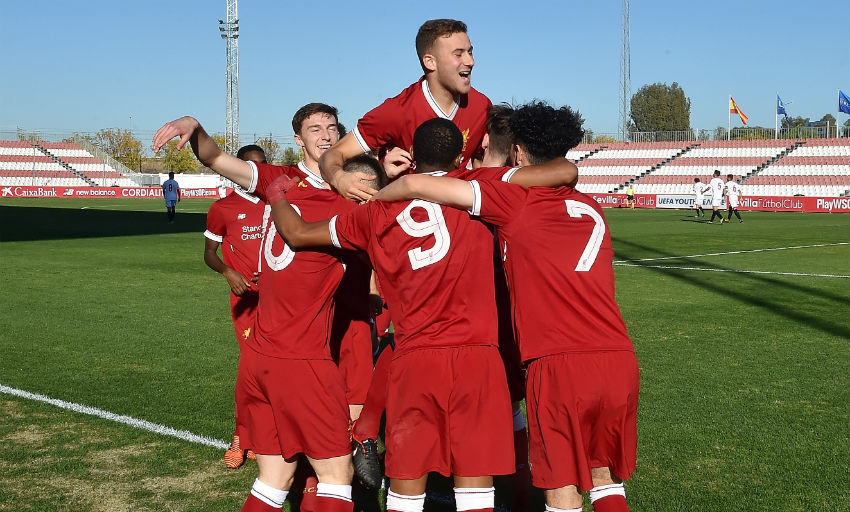 Gerrard’s team were gifted the chance to take a very early lead, and Millar took the opportunity presented to him with aplomb.

The Canadian forward seized on a loose back-pass down the right and coolly side-stepped Sevilla goalkeeper Pastor Vacas before slotting in at the near post.

Millar nearly created a second in the fifth minute when he slipped Brewster in, but the striker’s stabbed attempt from close range was smothered.

There was nothing Vacas could do to prevent the young Reds extending their advantage six minutes before the break, though.

After being hauled down by Enrique Rios around 25 yards from goal, Kane picked himself up and, with the aid of a deflection, saw his free-kick find Vacas’ top corner. 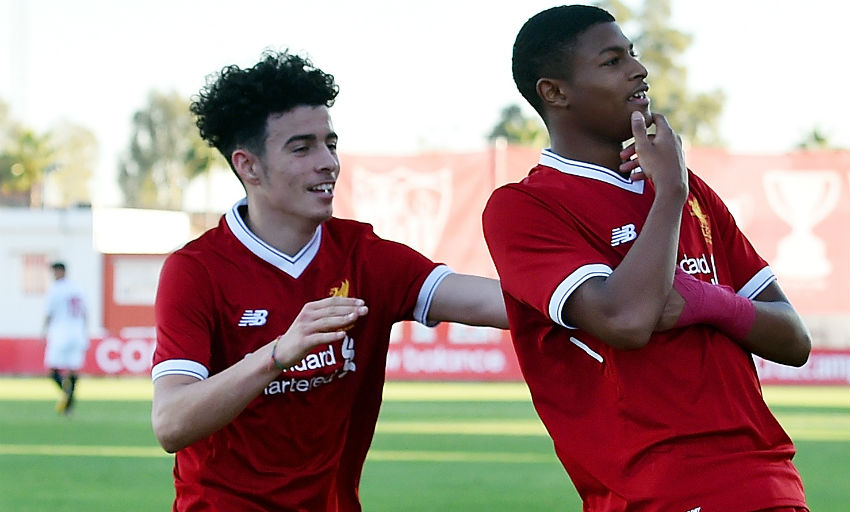 If there was an element of fortune involved in Liverpool’s second goal, their third was all about the quality of Lewis and Brewster.

Lewis played in a wicked out-swinging cross from the left and, just as he did in the U23s’ 4-0 mini-derby win at the weekend, Brewster connected sweetly to send a controlled low volley into the net.

Vacas then thwarted Millar and the opening goalscorer’s replacement Adekanye in quick succession, but the 18-year-old winger got his goal in injury time after Rios had been sent off for a second bookable offence.