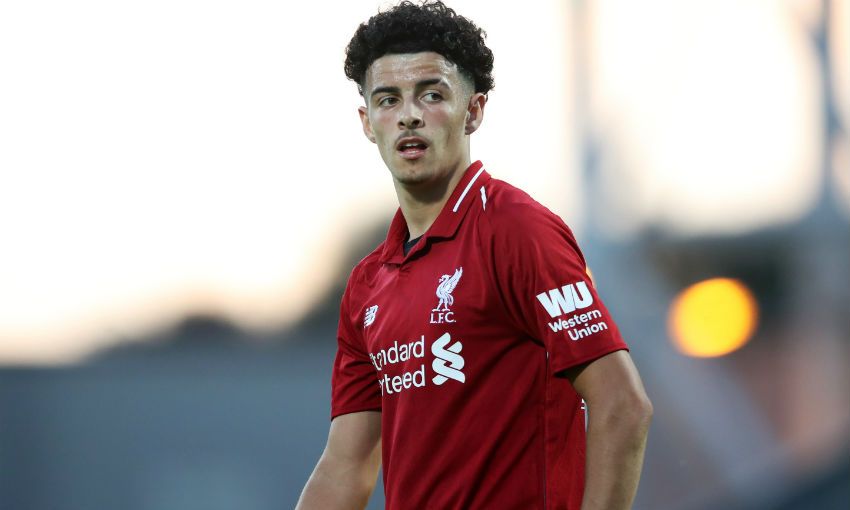 Curtis Jones is feeling the benefits of playing and training with ‘top players’ such as Naby Keita and Fabinho during pre-season.

Academy prospect Jones has featured in all four of Liverpool’s summer friendlies to date, most recently in Thursday’s 2-0 win over Blackburn Rovers.

That means the 17-year-old has spent plenty of time with Keita and Fabinho this month, both in matches and at Melwood, which he sees as a valuable opportunity to learn from Jürgen Klopp’s latest midfield signings.

Jones told Liverpoolfc.com: “They are two top players which you can see [and that's] why the club got them in.

“Watching them training [and] training alongside them has really helped me and I’ve come a long way since I’ve been with them in training.”

Another senior player who impressed Jones at Ewood Park was Daniel Sturridge, who captained the Reds in the second half and scored with a typically-clinical finish after latching onto Keita’s pass.

“He’s very sharp Daniel, give him a chance he scores,” the attacking midfielder said.

“With his first one he’s a bit unlucky but then I knew if he got another chance he would definitely put it away which he did.”

Jones has looked at home during his pre-season outings for the first team, and he revealed what Klopp wants to see from him when he’s on the pitch.

“For me, it’s the other side of the game,” the young Scouser said.

“I think I bring a lot when I’m on the ball and dribbling in the final third, but it’s the other side of the game; the defending, the competing, heading, tackles and running back you have to do to help the defence.

“It was a different kind of 45 for me [against Blackburn]. I think it wasn’t a [normal] game for me when I get on the ball and use my dribbling skills and it was more me getting the ball and keeping it and letting the team tick over.”

Curtis Jones nominated for PL2 Player of the Season