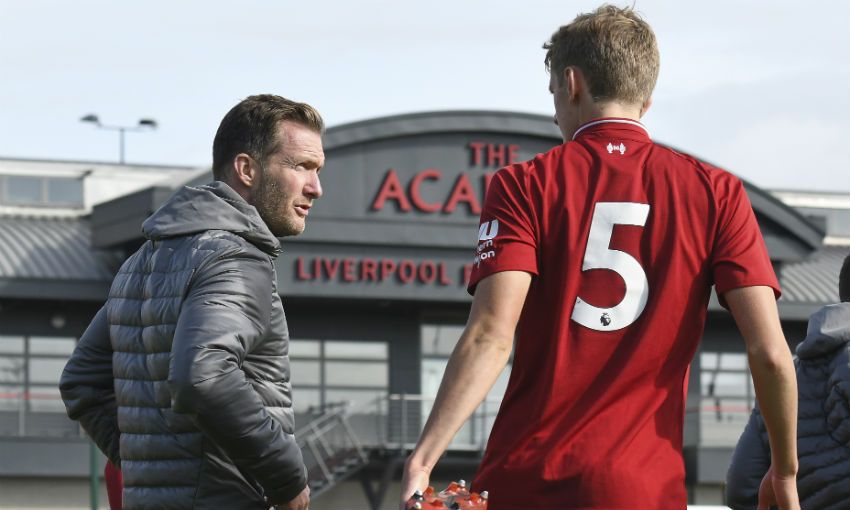 Silverware won, first-team debuts had and Academy products flourishing away on loan. All in all, Alex Inglethorpe considers the 2018-19 campaign to be one of encouraging strides forward for Liverpool's Academy.

It was a season that started with change after Steven Gerrard departed his post as U18s boss to manage Rangers. Barry Lewtas was subsequently promoted from the U16s and hit the ground running.

Lewtas would end his first term in charge by delivering the club its first FA Youth Cup trophy in over a decade and a second-place finish in the U18 Premier League North – only losing out to Derby County on goal difference.

Sandwiched between those achievements was lifting the Mercedes-Benz Junior Cup in Stuttgart.

Winning isn't everything at youth level, but it's certainly not a bad habit to get into.

"I think you can hide behind what is an easy tagline sometimes saying you are not worried about winning," Academy director Inglethorpe tells Liverpoolfc.com. "It's an easy thing to say sometimes.

"The most pleasurable thing about winning the FA Youth Cup is the likes of Curtis Jones and Ki-Jana Hoever didn't play in any of the games.

"There must have been a temptation to probably ask for the final if we could have them. But we decided that, firstly, they are at their best environment they could possibly be at in Melwood, and their development was taken care of and they are going in the right direction.

"Also, we had a group of boys who had got the team to the final, so they deserved their place in the final.

"Don't get me wrong, when that whistle goes we want to win every game here – whether that's an U9 or an U23 game – but how you do it and where that sits in the overall development of everything is the most important thing."

Jones and Hoever, along with Rafael Camacho, earned senior debuts in the FA Cup third-round tie at Wolverhampton Wanderers in January after consistent exposure to Jürgen Klopp's team.

Jones was in the stands watching on as Liverpool U18s beat Manchester City on penalties in April to win the FA Youth Cup, English football's most prestigious competition at youth level.

Now, the upcoming challenge for some of those U18s players is moving to the next level: Neil Critchley's U23s, who finished fourth in Premier League 2. 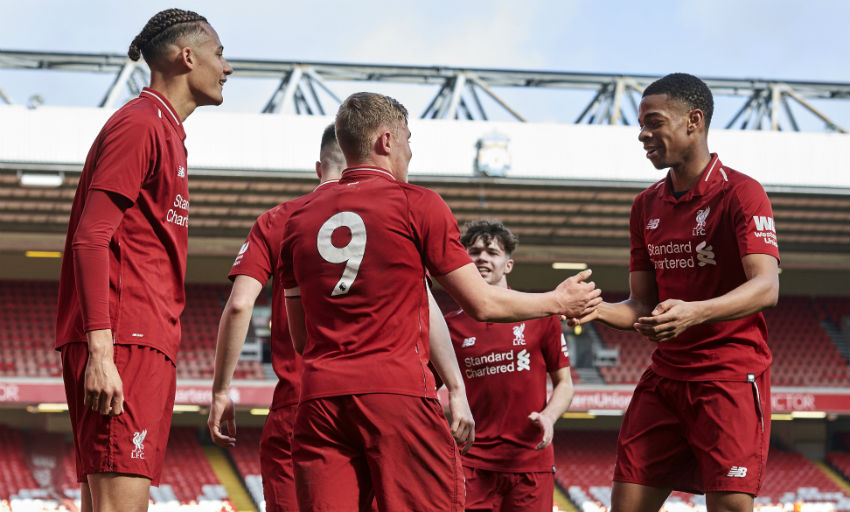 "The big step up is probably from a mentality point of view," Inglethorpe points out.

"Players drop down from Melwood and you might find you have been playing well the previous week, but if someone drops down and takes your place from Melwood then unfortunately that's the way it is.

"It's how you respond and I think that's the big thing the U23s can give you."

Inglethorpe continues: "I think Critch does an amazing job. He often doesn't know his team until the day before or even the morning of the game.

"He very rarely has a chance to work with the team from a tactical point of view and I think he does an incredible job of working with what the players need and making the best of each and every situation.

"To finish where he did in the league with this team was incredible. He hasn't had access to the players all of the time as some are based at Melwood with the first team.

"Critch is also someone who I think is brilliant at when he thinks the time is right and the challenge has gone for that player. He is really good at saying: 'Come on, they need something else now as I can't give them what they need.'

"He doesn't hoard the players, he doesn't want to hang onto them and he's good like that."

Indeed, those prospects who have needed 'something else' have departed the club on a temporary basis.

Harry Wilson played a key role in Derby reaching the Championship play-off final, scoring 18 times across all competitions, while Ryan Kent was crowned PFA Scotland Young Player of the Year after a productive spell under Gerrard at Rangers.

Herbie Kane also received rave reviews during his time at Doncaster Rovers, where he was included in the League One Team of the Season.

"Players' pathways tend to be a bit different," Inglethorpe says. "Some can take the elevator straight to the first team and others take the stairs.

"You look at Ryan now. He has played over 100 games, he has had loan spells at Coventry City, Barnsley, Bristol City and Freiburg, and not all of them have gone well. There's a couple in there which were difficult for him, so I think to go to Rangers this season was a really smart move.

"He knows Steven, he knows Michael Beale, Tom Culshaw and Jordan Milsom very well. Michael worked with him when he was 16 and again with the U21s and he has helped him massively.

"Ryan's game is about beating players and he learnt on his loan travels how to adapt to the senior game. He needs someone to believe in his one-v-one ability and what he can give.

"The fact that he's had such a great season at such a great club, playing in front of big crowds with huge expectations each week, has been a really good experience for him.

"Harry played in the same Academy teams as Ryan but is a different player. I think Harry has had to learn this year to play in different roles. He hasn't just played as a wide player, he has played in central midfield quite a bit and he has more often than not been able to affect the game.

"The most important thing is [to] look at the number of games he has played in. That's something that can only be of his benefit and we couldn't replicate that here.

"I'm such a believer in that there has to be different avenues for different players at the right time."