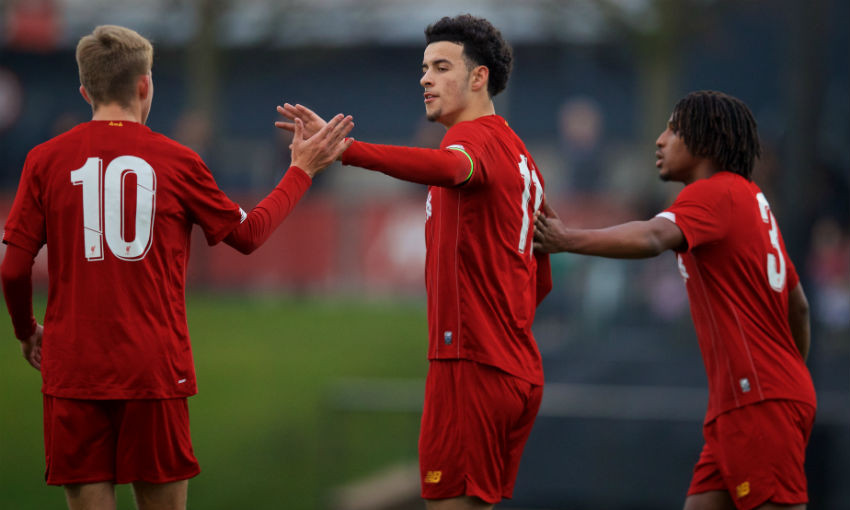 Curtis Jones scored a hat-trick as Liverpool U19s produced a scintillating performance to beat Napoli 7-0 in the UEFA Youth League on Wednesday afternoon.

A Jones double and efforts from Jake Cain, Elijah Dixon-Bonner and Luis Longstaff put the young Reds five goals up after just 27 minutes of action at the Kirkby Academy.

The captain then secured possession of the match ball with a terrific long-range strike in the 54th minute and Longstaff also grabbed his second of the game.

The win means avoiding defeat at Salzburg next month in matchday six would secure Barry Lewtas' side a place in the last 16 of the competition.

The hosts survived an early scare before going up the other end to break the deadlock. Moments after Samuele Vianni's effort hit the side-netting, Ki-Jana Hoever played Neco Williams into the right channel.

The full-back advanced and pulled the ball back to find Cain waiting on the edge of the area.

The No.10 opened his body up before unleashing a perfect curling effort that found the bottom of the far corner. 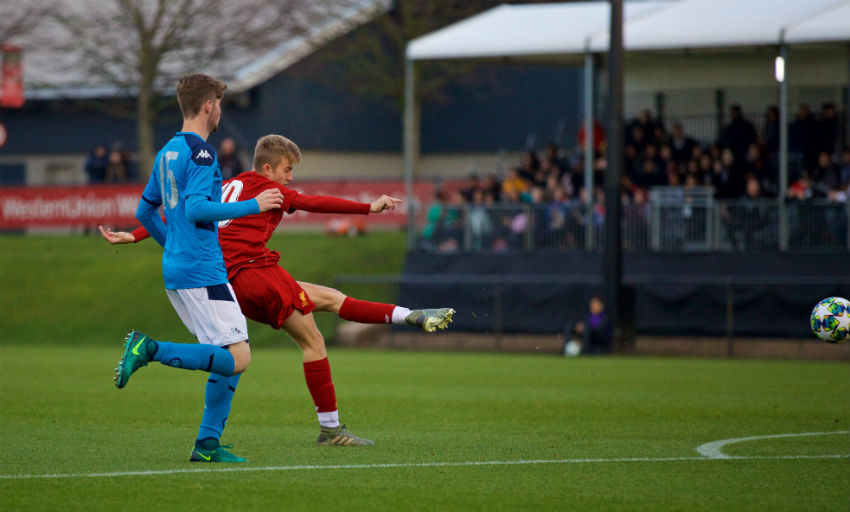 Leighton Clarkson was then denied by the feet of Napoli stopper Antonio Daniele, but Liverpool wouldn't have to wait long to add to their lead.

A Dixon-Bonner shot was adjudged to have been handled by Francesco Marrazzo inside the penalty area, with the referee pointing to the spot. Jones stepped up to take responsibility and tucked the spot-kick away to make it 2-0.

The Reds then added three more goals within the space of nine minutes.

Williams delivered another assist by sending in a lofted cross that was met with Dixon-Bonner's brilliant first-time finish.

Then Harvey Elliott comfortably beat his defender and fired a drilled ball across goal for Jones to tap in at the back post.

The skipper turned provider three minutes later when he headed a Dixon-Bonner cross sideways and into the path of Longstaff, who finished from close range. 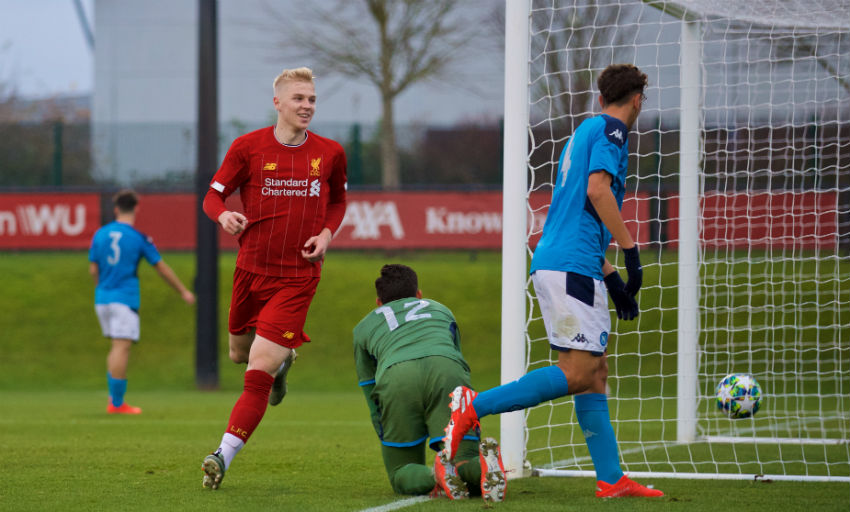 Half-time provided Napoli with some respite from the Liverpool pressure, but two more goals were to be had after the break.

Jones glided with possession just outside the area before cutting back onto his left foot and unleashing a rocket beyond Daniele.

And the scoring was completed just past the hour mark when a neat one-two between Longstaff and substitute Tom Hill led to Jones striking the post. Longstaff was on hand to follow in on the rebound for his brace as Lewtas' charges were unfortunate to not score more.