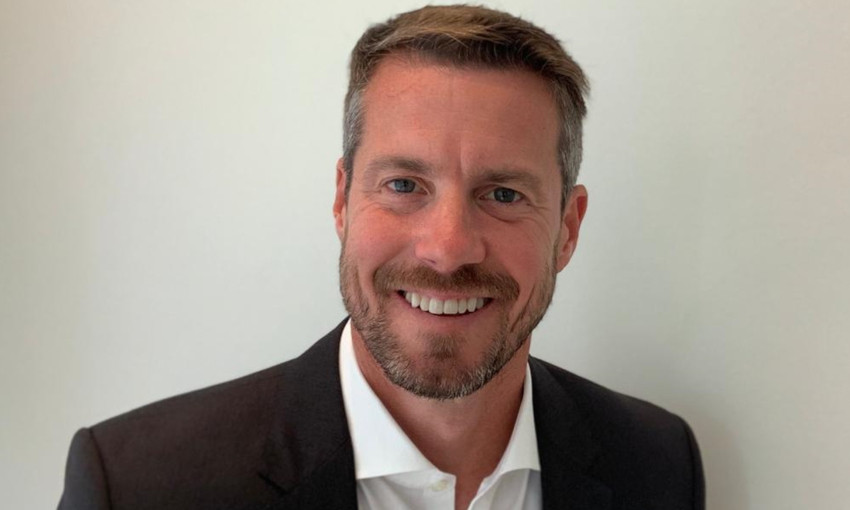 Billy Hogan has spoken of his pride and outlined his objectives as he begins the role of Liverpool FC's chief executive officer.

Following Peter Moore’s three-year tenure, Hogan now officially takes over the position and, on his first day as CEO, he spoke to Liverpoolfc.com via video call to discuss his and the club’s plans for the future.

Read a transcript of the interview below, or watch on LFCTV GO.

Day one in the new job – how does it feel to be the chief executive of Liverpool Football Club?

Thanks, it’s a tremendous honour, honestly. I’ve been working for the club [since] actually as part of the acquisition team from Fenway Sports Group back in 2010. I’ve been privileged to work for the club starting in 2012. It has been an amazing eight years, I’ve obviously been on quite a journey. Things were difficult when FSG first came in and it has been an amazing turnaround over the course of the last decade. Honestly, it’s an honour to work with the team I get to work with every day off the pitch and really just continue the work that we’ve been doing, which is all about trying to support Jürgen and Michael and continuing to provide the resources for the team. We’ll continue to do that. One thing I do want to say is, I want to thank Peter again, not just for his three years at the club; he and I have actually known each other for a long time, so it was great to be colleagues but we’re friends as well. The last month or so through this transition, he has been fantastic – so a huge thanks to him. As I said, really excited and just tremendously honoured to have the role.

Talk us through your immediate priorities in the role…

Well, clearly the immediate priority we’re all focused on is how we get our supporters back into Anfield. The uncertainty of the current situation with the pandemic is obviously incredibly challenging, both from a business perspective – for every business around the world – but clearly for us as a club. So we’re working hard right now. We’ve obviously got to be guided by the government, and working together with all the clubs in the Premier League, so a lot of work going on behind the scenes in terms of how that’s going to work. And I guess in addition to that, we really need to look at continuing to operate the business as we have done. The mantra, as most people know, is that this is about trying to create a sustainable business, a sustainable club, so it’s really my job to continue to run the organisation as efficiently as we can, to support the team. Clearly we’re in a great position, obviously an amazing last couple of seasons, in particular this past season with all the success on the pitch. We’ve obviously got incredibly solid foundations but these are uncertain times, so we’ve got to manage through that uncertainty. It has been a difficult last five or six months since we went into lockdown, but I think the great news is that the team, both on and off the pitch, has been able to work through that. We’re just looking forward to starting the campaign as champions. Now it’s my job to lead the business and ensure we support Jürgen and Michael and the team at Melwood as best we can.

This is Liverpool Football Club, we’re focused on winning trophies – that’s ultimately the vision. I’ve been involved with the club now for 10 years, worked for the club full-time for eight years. Really it’s about how we create a sustainable organisation. My role is to help lead and work alongside an incredibly talented group of people off the pitch to help support what happens on the pitch. The vision remains the same. We want to win trophies, we want to continue to do what Jürgen and the team have done, which has been incredibly successful over the last couple of seasons, and continue to build on that.

What do you see as the biggest challenges facing you and the football club?

Right now, clearly it’s the uncertainty of what’s going on with the pandemic. As I said before, it’s impacting everybody on a global basis, and we’re clearly no different. I guess the immediate impact is really, as I said before, about supporters and getting our supporters back to Anfield. Obviously the matchday experience at Anfield is unlike any other; everybody who has been there knows what I mean, and those who haven’t been there hopefully someday will get back to where we were before the middle of March. Right now, there is a lot of work going on to figure out how we do that, and most importantly how we do it safely. So, an amazing team of people that are working behind the scenes to look at what those challenges present. We’re going to have to work through what the government regulations are and working together with the Premier League. The other piece is obviously working hard to engage with supporters through this process. Over the course of the last several weeks, we have been working together through the fan forums and online surveys to talk to supporters about the challenges of getting back to Anfield. When you think about what that sort of typical matchday experience is, that’s obviously going to be changed dramatically. Whether it’s access and egress, how we sit within the whole, all of these things are going to be different. So, we’re working through that, we’re working through how we get people into Anfield, how we get them out of Anfield, how many tickets actually will we have to sell, and how that ticketing process works. That’s clearly a huge challenge. We’re obviously hoping that October is kind of the date that’s been discussed, we’ll see as we go forward. That’s only a few short weeks away. But I know, again, the team that’s working behind the scenes on that has been incredible and I know will rise to the challenge. That’s really probably the biggest challenge right now, is operating in this environment with the uncertainty that the virus creates.

Where do you plan to base yourself for the new role?

Right now, I’m based at home like most of us. I’ve been working full-time for the club for the last eight years. Actually, for the first two years, from 2012 to 2014, I worked and was based in Boston, so I actually spent a couple of weeks a month in Liverpool and a couple of weeks a month in Boston. Then in 2014 my family and I moved across to the UK. I’ve been really based between our London and Liverpool offices. I’m in Liverpool every week and obviously at matches as well, so as soon as it’s safe to do so I’ll continue that. But currently, we’ve been all operating across the club from home over the course of the last 20 weeks or so. By March 13, we had almost the entire club working from home and it is amazing actually how quickly everybody was able to adapt to that. I think looking forward, we’ll look at sort of, frankly, what flexible working means, in terms of how we all work. But once it is safe to do so I’ll be travelling back and forth between Liverpool and London.

Susan Black has been confirmed as the new executive director of Liverpool FC Women. How pleased are you about that?

Yes, obviously Peter was the chair, so that was a role we did need to fill. I’m delighted actually that she’s agreed to take on that, in addition to her other responsibilities. Clearly last season was a difficult one for Vicky and the team, incredibly disappointing – clearly – the sort of forced relegation, the season obviously was curtailed. But it’s really our job now to make sure that we support Vicky and the team to ensure they get promoted back into the Super League; that’s exactly what we expect and what we hope will happen. I will be involved, as will Mike Gordon – the president of Fenway Sports Group – and Susan, we’ll all be directors of the women’s team. Susan will take on the day-to-day responsibility in addition to her other responsibilities. Obviously, we’re looking forward to Vicky and the team getting going actually on the weekend against Durham Women. Hopefully, a successful season coming up.

On day one of the new job, what’s your message to the supporters?

This is an amazing football club and I’ve been blown away by the size and scale of the fan base, the passion of the fan base, since the moment I started working with Liverpool and also been amazed at the incredible passion of the people that work for the football club. Over eight years, we’ve gone through some difficult times and obviously right now we’re experiencing some amazing success on the pitch. My goal is to continue that as well as I possibly can. We’ll continue to pursue trophies, that’s really what our focus is. I think it’s also important to note just how important the football club is to the community. I’ve been a trustee of our foundation for the last eight years. Between the foundation and the Red Neighbours programme, the work that goes on in and around Liverpool, and frankly on a global basis as well, is really impressive. We’ve also worked with local charities – the Owen McVeigh Foundation, Alder Hey, Zoe’s Place and many others – and of course worked with our supporters around the foodbanks as well. Clearly, as we are in a very difficult time with the pandemic, really what I’m focused on is continuing to drive the off-the-pitch business to support Jürgen, Michael and what we’re doing on the pitch, and to pursue success on the pitch, but also the importance of the club’s role in the community off the pitch. And during what’s going to be challenging times ahead, we want to make sure we’re supporting off the pitch in the community as well. So, I’m incredibly excited. Day one, so looking forward to the future.

Peter Moore to step down as LFC CEO, Billy Hogan to assume role from September