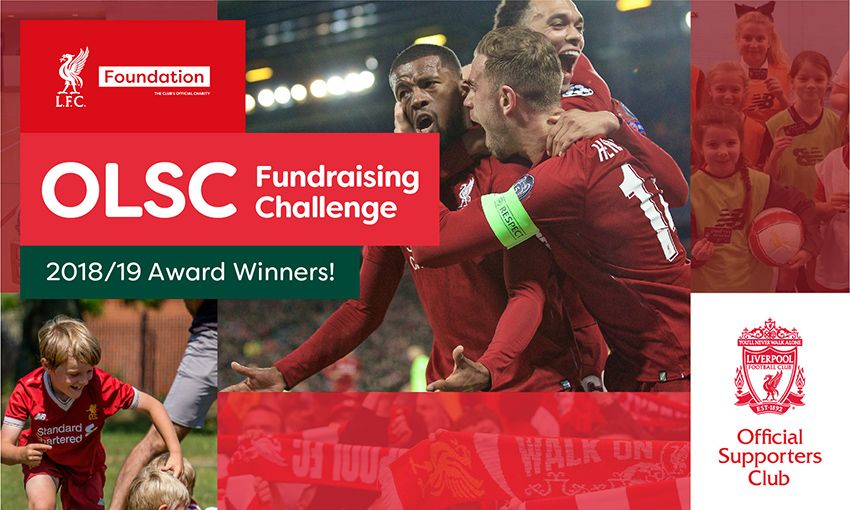 Over £9000 has been raised for the LFC Foundation by Official Liverpool Supporters Clubs (OLSC) as part of the OLSC Fundraising Challenge 2018-19.

Two hundred and eighty-seven OLSC branches from around the world were challenged with organising fundraising events to bring Reds supporters together and raise money for the club’s official charity.

Through activities such as bingo nights, Futsal tournaments, blood donation campaigns and football training camps, supporters clubs competed to raise the highest total and take home one of the three top awards.

The YNWA Award for the highest total, Original Award for most innovative fundraising idea and LFC Family Award for the best family-focused activity went to OLSC Cyprus, OLSC Malta and OLSC Myanmar respectively.

He said: "It's an incredible feeling to know that our Official Liverpool Supporters Clubs give so much of their time, effort and love to support our mission of creating life changing opportunities for children and young people.

"Once again, the OLSCs were challenged to bring the LFC Family together and create innovative and unique fundraising ideas to help raise funds for our cause.

"The entries did not disappoint, with charity raffles, football viewing parties, futsal tournaments, auctions and a last man standing competition to name a few.

"We'd like to congratulate all of the winners and thank each of the branches involved for their fantastic contributions."

Each of the three winning branches will be awarded a special LFC prize, with OLSC Myanmar and OLSC Cyprus receiving a VIP matchday experience at Anfield and OLSC Malta given a video call 'meet and greet' with a Liverpool first-team player.

Rewards were also available for those who hit targets of £50, £100 and £500, including LFC Foundation merchandise and signed Liverpool goodies.