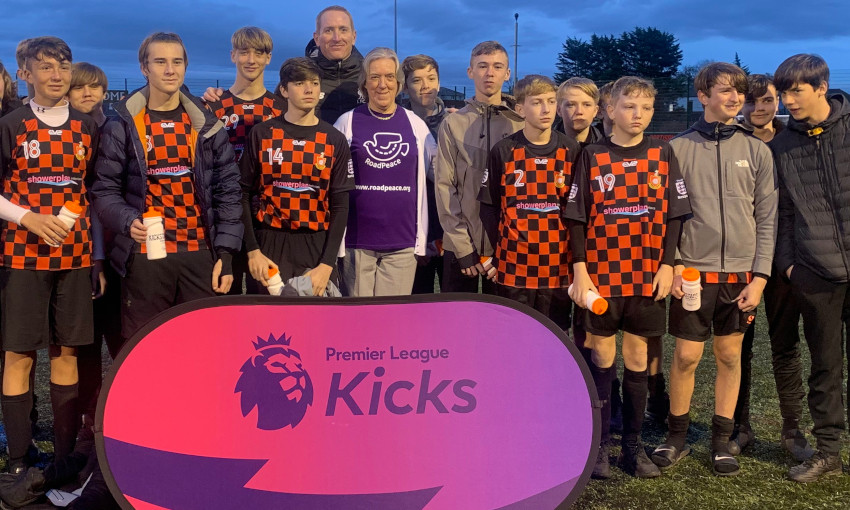 Over 100 youngsters from Merseyside and the Republic of Ireland headed to Anfield Sports and Community Centre to take part in an U15 grassroots competition focused on promoting road safety awareness.

Teams from Liverpool North and South, Haydock, Wirral, Llandudno of Wales and Dublin went head to head, and the winning team, Glenavon FC, were presented with a trophy and medals by former LFC goalkeeper, Chris Kirkland. Lllandudno FC won the sub cup.

Alongside RoadPeace, representatives from Merseyside and Norfolk Fire and Rescue Services and the Merseyside Road Safety Partnership provided educational presentations and interactive workshops for the participants.

LFC Foundation’s PL Kicks project lead, Tony Cosgrove, said: "LFC Foundation has been working with RoadPeace for the past 12 months, using football as a way of engaging with youngsters to promote important safety messages.

"Through the Premier League Kicks project, we combine the educational work we do alongside Merseyside Fire and Rescue Service with RoadPeace's messages around staying safe as drivers, passengers and pedestrians.

"Events like this really help to reinforce that message among the young people, as well as providing the opportunity for them to get involved in competitive games and have some fun."

The World Health Organization's global status report on road safety, published last year, revealed that road traffic injury is the leading cause of death for young people between five and 29.

RoadPeace chief executive, Nick Simmons, said: "RoadPeace is delighted to be working again with the LFC Foundation and partners on the Kick Start Safe Roads campaign.

"Young drivers are much more likely to be involved in a crash, often due to inexperience and lack of knowledge of the risks. Around one in four deaths on the road are young people aged 17-24 and obviously just one such event is one too many.

"RoadPeace hopes this is just the start of reaching out to many young people around the UK to encourage them to use the skills they have learned through football to keep them road safe."