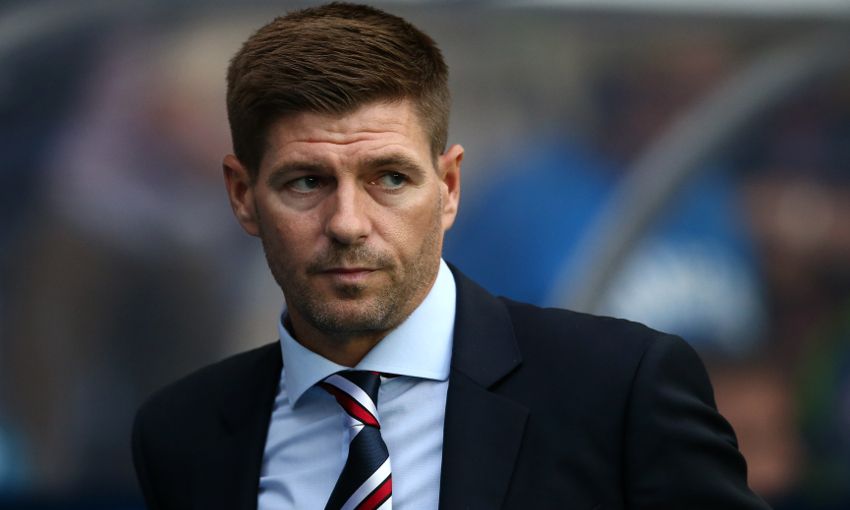 Liverpool legend Steven Gerrard passed the first test of his fledgling managerial career this week as Rangers completed an aggregate win over Shkupi in the early rounds of the Europa League qualifiers.

The former Reds captain, who left his role as the club's U18s boss to join the Scottish side this summer, won his maiden competitive match last Thursday.

Gerrard's Gers beat Shkupi 2-0 at a sold-out Ibrox and followed that result up with a routine 0-0 draw with the Macedonian side in the away leg on Tuesday night.

The 38-year-old's latest European adventure will continue in the second qualifying round of the Europa League against Croatian outfit Osijek.

After a 710-game career with Liverpool, Gerrard's foray into management is being closely monitored by Reds around the world.

Plenty of colleagues from his 17-year professional career at Anfield have attempted to go into management, too - with varying degrees of success.

Here are 10 of Gerrard's peers who also took the plunge... 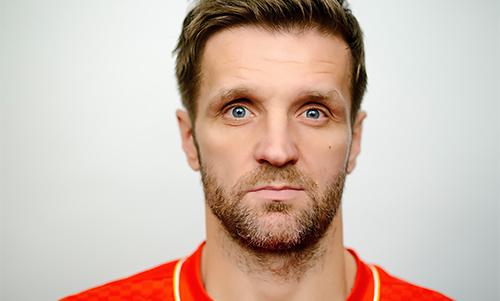 Igor Biscan may have gone somewhat under the radar during his 118-game Anfield career but the Croatian's recent foray into management has certainly attracted praise.

A Champions League winner with the Reds in 2005, he was an unused substitute in the miraculous final in Istanbul, but started both legs of the quarter-final and semi-final in what proved to be the last season of his four-and-a-half years with Liverpool.

Biscan took his first steps in management with Croatian Second Division side Rudeš in 2016, fpllowing a stint as assistant coach, and was a huge success. The Zagreb-based minnows won the title and secured promotion to the top flight for the first time in their history with two games of the 2016-17 season to spare.

The 40-year-old's achievements caught the eye of Slovenian champions Olimpija Ljubljana and former Portsmouth chairman Milan Mandaric, now president of the Slovenian PrvaLiga side, snapped up Biscan ahead of the new season.

The former Liverpool player delivered the league title - pipping arch-rivals Maribor on their head-to-head record - and Slovenia Cup in his debut season, but it was not enough to keep him in the hot-seat for the upcoming 2018-19 campaign. 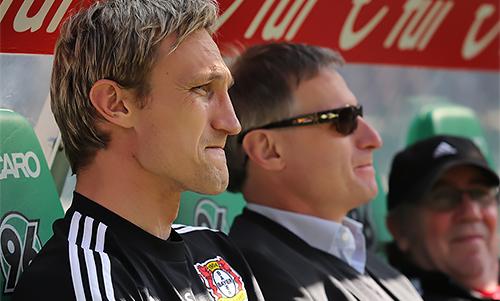 Kop favourite Sami Hyypia's tearful farewell to Anfield came in May 2009 when he played the last of his 464 games for the Reds. Handed the captain's armband by club skipper Gerrard for the final five minutes of a 3-1 win against Tottenham Hotspur, he then headed off to Germany to join Bayer Leverkusen.

It was there, following a two-year playing career in the Bundesliga, that the Finnish centre-back embarked on a managerial career that would also include stints at English side Brighton & Hove Albion and Swiss Super League club FC Zurich.

But it was his time as head coach at Leverkusen, working in partnership with Sascha Lewandowski, that would prove to be most successful. In 2012-13, the duo led Leverkusen to third in the Bundesliga and qualified for the Champions League.

The following year, Hyypia went solo and reached the last 16 of Europe's flagship competition but parted company with Leverkusen in April 2014 after a run of one win in 12 matches. 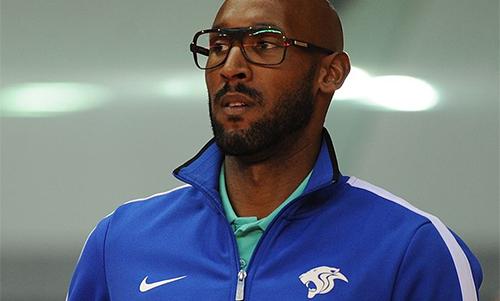 A Champions League winner and two-time Premier League champion, Nicolas Anelka was signed on loan by Liverpool from Paris Saint-Germain in December 2001 and helped Gerard Houllier's Liverpool to second place.

However, the deal for the French striker was never made permanent and he instead signed for Kevin Keegan's Manchester City in a club-record £13million deal.

In 2012, Anelka's nomadic career took him to Chinese Super League side Shanghai Shenhua and it was there he was promoted to a player-coach role under Jean Tigana and then Jean-Florent Ikwange Ibenge.

But, shortly after the arrival of new boss Sergio Batista, Anelka exited his contract a year early and joined Juventus.

He upgraded to a player-manager role with Indian Super League side Mumbai City in 2015 but won just four of his 14 games in charge, drawing four and losing the other six to exactly match his record as a striker with the team the year before. 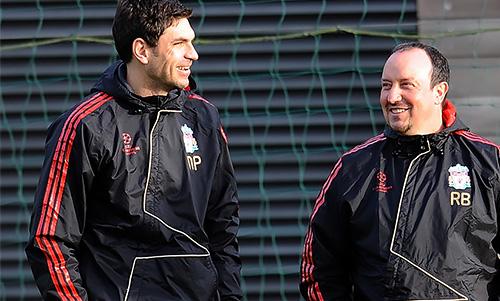 The Argentinian was sacked after a run of one win in 17 Premier League matches, which left the Saints in a relegation battle that went down to the last game of the 2017-18 campaign.

A highly decorated centre-back in his playing days, Pellegrino made 13 appearances for Liverpool in 2006 under mentor Rafael Benitez, with whom he twice won the Spanish title with Valencia in 2002 and 2004.

The Reds opted not to extend Pellegrino's six-month playing contract but he returned to Anfield as first-team coach in 2008 and then followed Benitez to Inter Milan two years later.

Pellegrino branched out on his own at Valencia in 2012 and returned to Argentina for managerial stints at Estudiantes and Independiente before reuniting with former club CD Alaves for the 2016-17 season, guiding them to a first ever Copa del Rey final, where they were beaten 3-1 by Barcelona. 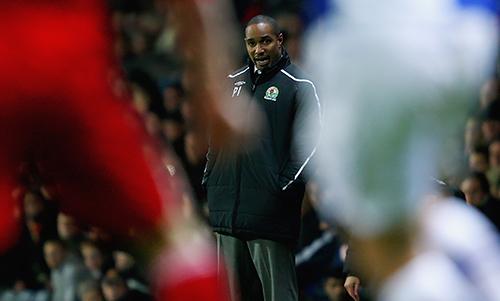 Signed by Roy Evans from Inter Milan in 1997, Paul Ince was installed as Liverpool's new captain and the self-styled 'Guv'nor' scored 17 goals in 81 appearances, including a memorable equaliser in a 2-2 draw with former employers Manchester United.

His final season with the Reds in 1998-99 coincided with Gerrard's debut campaign and the then-skipper shared the pitch with the future captain on 10 occasions.

Ince left to join Middlesbrough at the end of the term. Following spells at Wolverhampton Wanderers and Swindon Town, he joined Macclesfield Town in 2006 as player-manager and steered the bottom-placed side to League Two survival on the final day of the season.

He was unveiled as MK Dons boss the following year and enjoyed a sensational season in the south east, winning promotion as League Two champions and securing the Football League Trophy with a 2-0 win over Grimsby Town at Wembley.

His achievements attracted the attention of larger clubs and in June 2008 Ince signed a three-year deal with Blackburn Rovers as he became the first black English manager in the Premier League.

However, it didn't go to plan at Ewood Park and, six months down the line after three wins in 17 games, he and Rovers parted company.

It was back to the lower leagues for the former Liverpool man, with a return to MK Dons, a stint at Notts County and a spell with Blackpool. 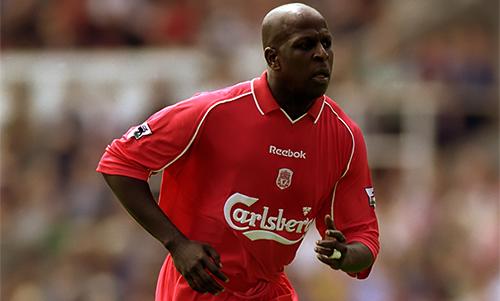 A cult hero on the Kop, Guinea striker Titi Camara realised his "ultimate dream" when he was appointed manager of his national side in June 1999.

Unfortunately, the dream was to be a short one.

After two draws and a victory, the Syli Nationale lost 2-1 to Malawi in a match that doubled up as a qualifier for the 2010 World Cup and African Cup of Nations and all but extinguished their hopes of qualifying for either.

"The problem with Guinea is not a simple problem with the manager," said winger Fode Mansare following the defeat. "We must also consider the players' part."

Camara was shown the door in September 2009, but a year later became his nation's sports minister - the first ex-sportsman to hold a government post. 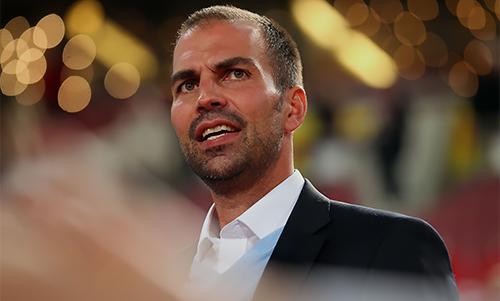 Markus Babbel was a fine attacking right-back who arrived at Anfield from boyhood club Bayern Munich with an honours list that included three Bundesliga titles and a UEFA Cup medal.

The sought-after Germany international joined Gerard Houllier's Reds in July 2000 and became a mainstay of the side that won the FA Cup, League Cup and UEFA Cup treble in 2001.

Babbel sought to replicate that success in the dugout and in 2007 hung up his boots at VfB Stuttgart to become assistant manager at the Bundesliga club; graduating to head coach a year later.

The German finished third in his first season in charge of Die Schwaben to qualify for the Champions League and then enjoyed further success as Hertha BSC boss, guiding them to promotion as 2. Bundesliga winners in 2010–11.

Stints with Hoffenheim and Swiss side FC Luzern followed, then, in May this year, Babbel was unveiled as the new head coach of Western Sydney Wanderers as the Australian side seek to rebuild their A-League status with a marquee manager, new stadium and new training facility. 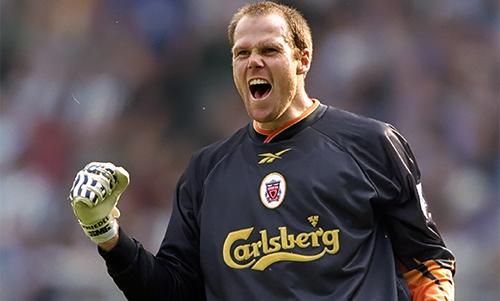 Signed by Roy Evans, USA goalkeeper Brad Friedel joined Liverpool from Major League Soccer side Columbus Crew in 1997 and he's now back in the MLS as head coach of New England Revolution.

Friedel played 31 games for the Reds before making the switch to Blackburn Rovers in 2000, where he established himself as one of the best goalkeepers in the Premier League.

He eventually called time on a lengthy playing career that also took him to Aston Villa and Tottenham Hotspur in 2016 at the age of 44.

He made his coaching debut with USA U19 side later that year and the former Reds 'keeper is now seeking to impart a wealth of wisdom accumulated during a career that spanned three decades as New England manager.

And he's made a solid start. Midway through Friedel's first term the Revs sit four points above the cut for the play-offs, having missed out in each of the past two seasons. 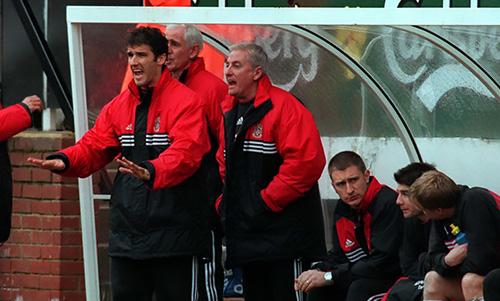 Liverpool boss Evans pulled off something of a transfer coup when he snapped up Germany striker Karl-Heinz Riedle from Borussia Dortmund in 1997.

A World Cup winner in 1990, he was one of the most expensive players in world football when Lazio signed him that summer and he arrived at Anfield having twice won the Bundesliga and with a sparkly new Champions League winners medal around his neck.

Unfortunately for the 31-year-old, his arrival coincided with the emergence of a young striker by the name of Michael Owen, otherwise he may well have played more than 76 games for the Reds.

He left Liverpool to join First Division side Fulham in 1999 and, following Paul Bracewell's sacking in March 2000, he teamed up with former Reds boss Evans as caretaker manager at Craven Cottage until the end of the campaign.

Fulham finished ninth under the duo and although Riedle hung up his boots after helping new boss Jean Tigana secure promotion to the top flight the following season, the German never went back into management. 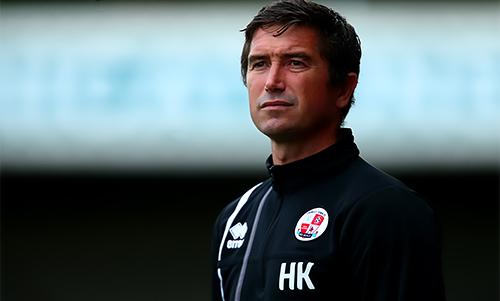 "Honestly, I love coaching far more than I ever did playing."

Those are the words of former Liverpool winger Harry Kewell, who retired in March 2014 as one of Australia's greatest ever players and with plenty of trophies in the cabinet.

The Socceroos star joined the Reds from Leeds United in the summer of 2003 after rejecting lucrative offers from AC Milan, Manchester United and Barcelona and went on to win the FA Cup and Champions League under Rafa Benitez, despite an injury-hit time at Anfield.

He added a Turkish Super Cup at Galatasaray and after stints in his homeland with A-League sides Melbourne Victory and Melbourne Heart returned to England to embark on a coaching career as Watford U23s boss.

In May 2017, Kewell was named manager of League Two strugglers Crawley Town and after a slow start went on a run of eleven wins from 16 games that took the Red Devils to within two points of the play-offs. The Sussex side eventually finished 14th to improve on 20th and 19th-place finishes of the previous two seasons.

"My ultimate goal is Liverpool," Kewell said of his coaching aspirations back in December 2016. "You might as well go to the top. You want to dream big, you dream big."