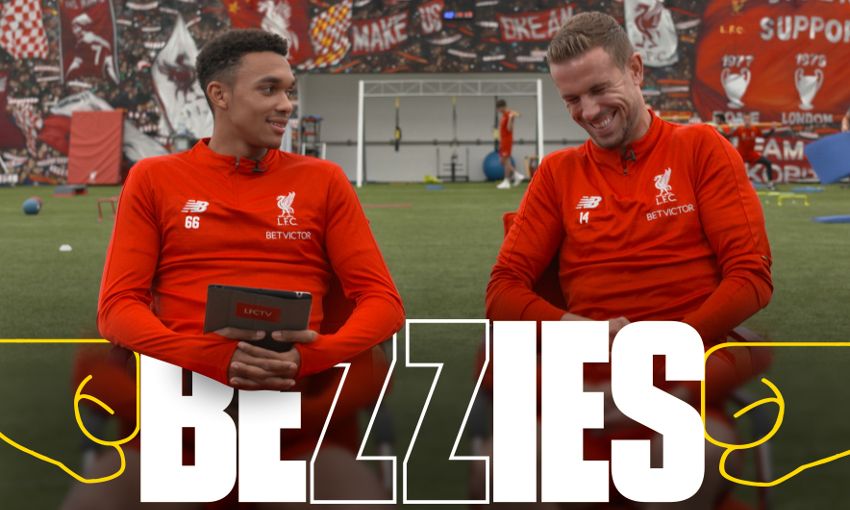 They've spent a lot of time together for both club and country over the past 12 months - but just how well do Jordan Henderson and Trent Alexander-Arnold know each other?

The England duo’s friendship was put to the test in the latest edition of ‘Bezzies’ as we put a number of questions to them – with a hilarious outcome.

We find out whether Henderson’s favourite musician is Drake, Alicia Keys or Elvis Presley, while it’s revealed which of Virgil van Dijk, Sadio Mane or Xherdan Shaqiri would be the teammate Alexander-Arnold would least like to be trapped in a lift with.

Watch this entertaining edition of ‘Bezzies’ in our free video below.