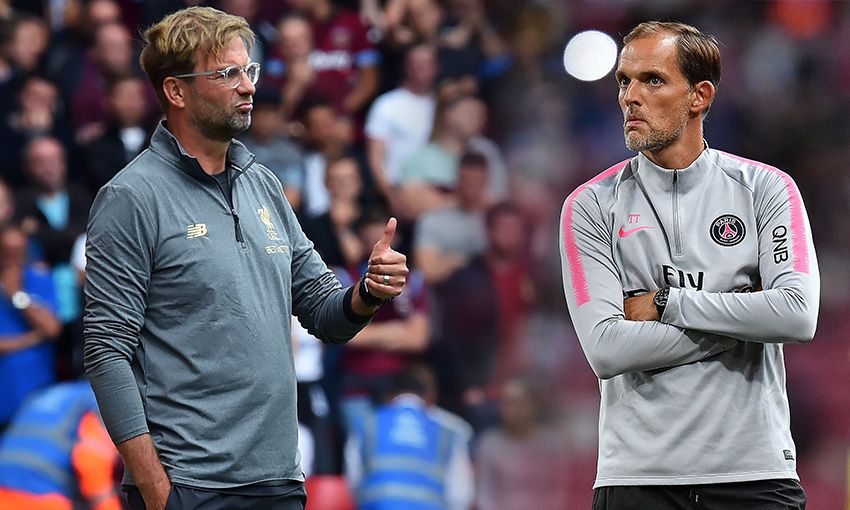 Liverpool host Paris Saint-Germain at Anfield on Tuesday night as Jürgen Klopp's men embark on what they hope will be another long European adventure.

The teams have not met since 1997 and both head into the Group C opener with five wins from five matches in their domestic leagues.

PSG boss Thomas Tuchel oversaw a 4-0 success against Saint-Etienne on Friday night with star forwards Kylian Mbappe and Neymar watching from the stands, while a full-strength Liverpool secured a 2-1 victory at Tottenham Hotspur on Saturday.

All of Les Parisiens' big guns are expected to return for Tuesday's clash and we've picked out three key battles that could help decide the match... 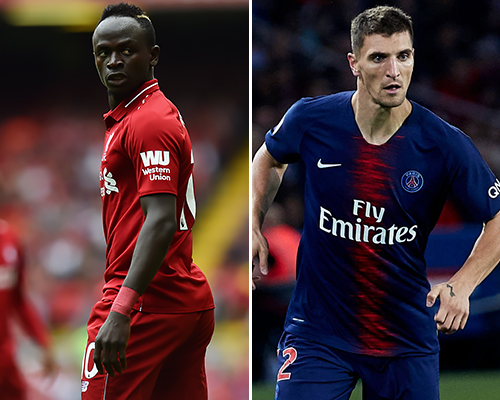 Liverpool forward Sadio Mane heads into this fixture as the Reds' top scorer, having continued the eye-catching form he produced towards the end of last season.

His four Premier League goals this term mean the 26-year-old has now scored 17 times in 30 games across all competitions.

The Senegal international really comes alive in Europe, where he has scored 10 in his last nine outings, including in last season's Champions League final against Real Madrid.

Liverpool's left flank has proved to be particularly productive this term and Mane's understanding with left-back Andy Robertson and box-to-box midfielder Naby Keita has much to do with that.

PSG right-back Thomas Meunier looks to have his work cut out if that trio can dovetail once again, but the Belgium international helped his nation reach the semi-finals of the World Cup this summer and is unlikely to be fazed.

An excellent reader of the game, the 27-year-old averages more interceptions per game (1.8) than any of his colleagues and he likes a tackle too, making 11 in his four Ligue 1 games this season.

Able to play as a wing-back or right midfielder, he is also a very good passer of the ball, but Mane could help nullify this aspect of his game if he can keep the defender pinned back in his own half. 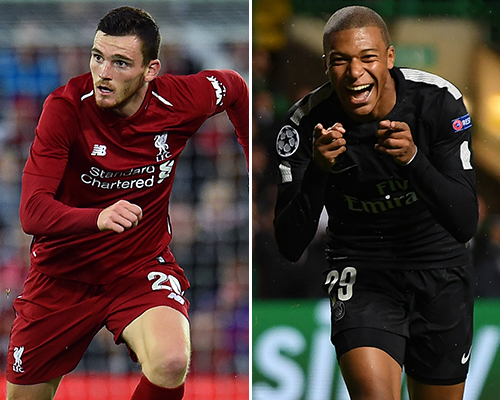 Brazil international Neymar is still the headline act at PSG, but Kylian Mbappe is a teenager sky-rocketing towards stardom.

The 19-year-old became the youngest French player to score at a World Cup this summer and hit four goals, including one in the final, as Les Bleus won the trophy and he scooped the FIFA Young Player Award for the tournament.

Eased back into action at PSG by Tuchel, the right-sided forward has already scored four goals in just two-and-a-half games for the Paris club.

Fast and good on the ball, Mbappe leads his side with an average of four dribbles per game and is key to their lightning-quick attacks.

Robertson is likely to be the man detailed to deal with the starlet and the stats suggest he is well equipped to do so.

Scotland's new skipper is brilliant at getting forward - he has two assists this season and only Mohamed Salah averages more key passes per game - but he also leads the Reds' defensive numbers with an average of 3.2 tackles per match. 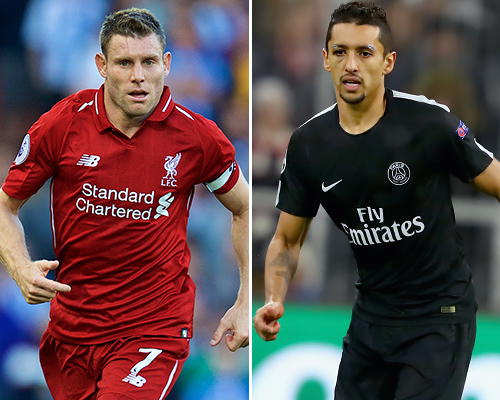 A centre-back by trade, Brazil international Marquinhos has been converted into a defensive midfielder this season.

"I think that Marquinhos has a lot of the qualities that make him predestined to play in this role," Tuchel said last week.

"A player who sacrifices himself willingly is really important. We see that with players like Casemiro, Fabinho, N'Golo Kante and Sergio Busquets, this is what sets this position apart."

However, the 24-year-old has only played the position seven times as a professional and at Anfield he will be up against a hugely experienced midfielder in James Milner, who is playing some of the best football of his career.

Last season, the No.7 provided nine assists in the Champions League to set a new record for a single campaign in the competition - beating Neymar's eight from his time at Barcelona - and he's continued his excellent form this term.

Equally adept at both defensive and attacking duties, Milner leads the team in touches (462), passes (354), blocks (17), interceptions (eight) and assists (two) this season.

If he can assert that kind of dominance in midfield on Tuesday, it will provide a particularly solid fulcrum around which Liverpool can operate.