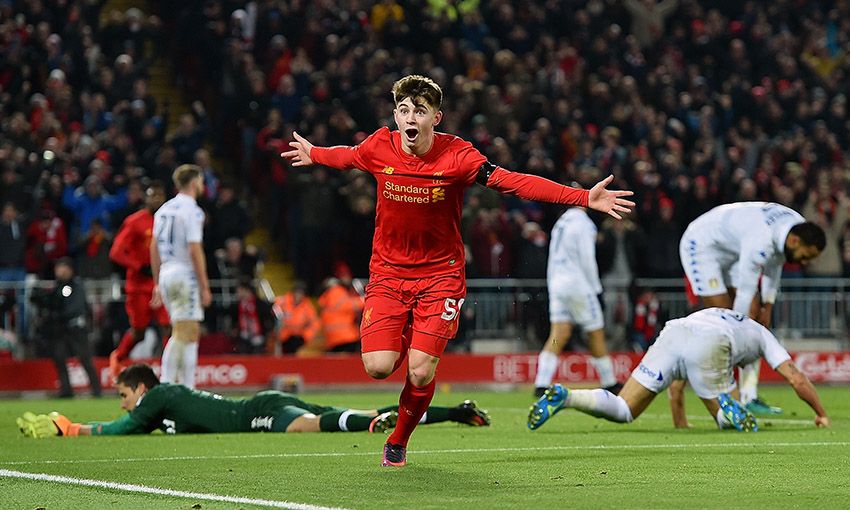 On this day in 1999, a Liverpool FC record-breaker was born.

Ben Woodburn joined the club's Academy aged eight and by the time he was 17 had left an indelible mark on the Reds' senior side.

Coming off the bench in a League Cup tie against Leeds United in November 2016, he applied the finishing touch to a sweeping Liverpool move to become the youngest goalscorer in the club's history.

He had a similar impact on the international stage too - earning the nickname 'The Prince of Wales' after scoring a sublime 25-yard winner on his debut for the Dragons in September 2017.

Described as having the "perfect balance of talent and attitude" by Reds boss Jürgen Klopp, the teenage forward has played 11 times for the LFC first team and will continue his development during the 2018-19 season on loan at Sheffield United.

He's still just 19. Today. So to celebrate the starlet's birthday, we've put together a list of his peers on the roll call of Liverpool's youngest ever goalscorers. 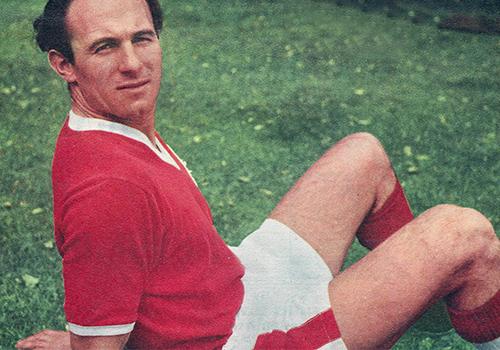 Scouser Jimmy Melia made his debut for boyhood club Liverpool in December 1955 and stole the show.

Just six minutes into his bow, in a Second Division clash with Nottingham Forest, the future LFC legend set up John Evans for the opening goal and then scored the Reds' second to open the floodgates on a 5-2 victory.

Man-of-the-match. A debut goal in front of the Kop. And at 18 years and 46 days old the youngest goalscorer in the club's history.

Melia would go on to flourish for Liverpool and win the Second Division and First Division titles under the great Bill Shankly, in 1961-62 and 1963-64 respectively.

He scored 79 goals in a 286-game Anfield career and the record set by his debut strike stood unbroken for almost 42 years. 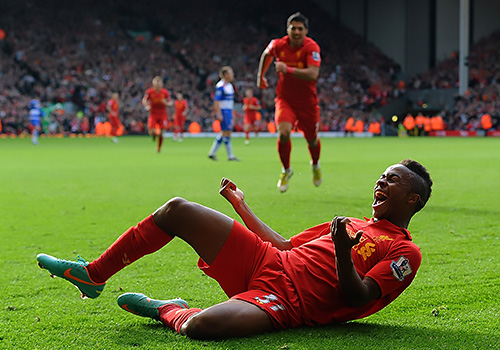 Raheem Sterling was cited as one of the most exciting talents in English football when he joined Liverpool from Queens Park Rangers' youth set up in February 2010.

Handed his Premier League debut two years later, he would go on to play an important part in the team's title challenge in 2013-14, scoring nine times as Brendan Rodgers' Reds finished second.

In total, he netted 23 times for the club - and the first of those strikes made him Liverpool's second youngest goalscorer of all-time, at 17 years and 317 days old, and secured a 1-0 win over Reading in October 2012.

Andre Wisdom and Luis Suarez had combined to put the winger clear at Anfield and Sterling's unerring finish into the bottom corner. 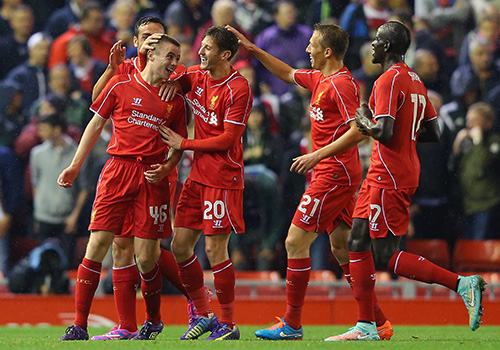 Scouse midfielder Jordan Rossiter joined Liverpool as an U6 player and rose rapidly through the ranks to make his senior debut in a Capital One Cup clash against Middlesbrough in September 2014.

Aged just 17 years and 183 days old, he marked the occassion with a 30-yard strike in a 2-2 draw and secured his place on the roll call of Liverpool's youngest goalscorers.

Substituted on 79 minutes, the youngster was on the sidelines as his teammates fought out an epic 30-penalty shootout, in which both goalkeepers had to take a spot kick, that eventually saw the Reds win 14-13.

Rossiter would go on to make his Premier League and European debuts the following season. He's now at Scottish side Rangers, where his hero, Steven Gerrard, is manager. 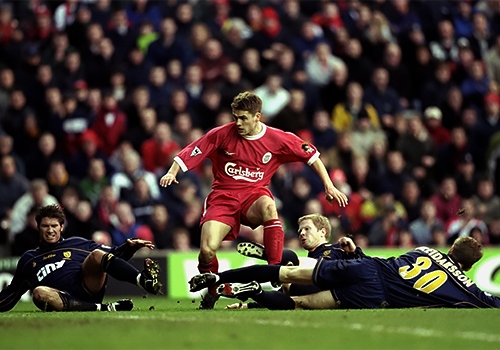 In May 1997, Michael Owen was thrown on for his Liverpool debut as a 58th-minute substitute against Wimbledon. Sixteen minutes later he had become the youngest ever goalscorer in the club's history at 17 years and 144 days old.

Four months after that, the Academy graduate was handed his European bow by Roy Evans at the famously raucous Celtic Park. The youngster wasn't fazed in the slightest and took just six minutes to score the opener and set the Reds on the way to a 2-2 draw in the UEFA Cup clash.

Within a year, he'd had become one of the hottest properties in world football, due to his brilliant goalscoring record and an incredible strike for England against Argentina at World Cup 1998.

He was Liverpool's top scorer in the Premier League for seven consecutive seasons and by the time he left Anfield for Real Madrid in 2004, he had won a treble and the European Footballer of the Year award. 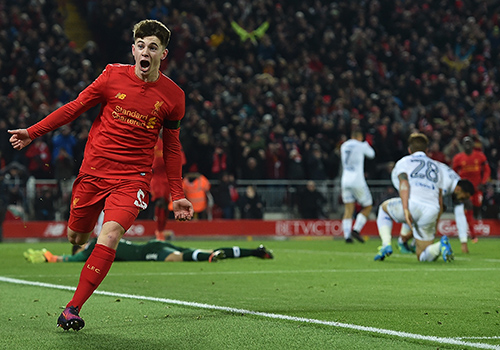 Owen's record as the youngest goalscorer in LFC history stood for 19 years, until an Academy graduate by the name of Ben Woodburn struck against Leeds United in a League Cup quarter-final aged just 17 years and 45 days.

The striker had made his Premier League debut a few days prior to that, coming on as 90th minute-substitute for Georginio Wijnaldum in a 2-0 win over Sunderland.

With Liverpool being held 0-0 by Leeds, Woodburn came on to replace Kevin Stewart after 67 minutes.

Divock Origi put the Reds one-nil up 10 minutes later and in the 81st minute Woodburn's moment arrived. Latching onto Wijnaldum's improvised pass he fired into the roof of the net and ran off to celebrate in front of the Kop.