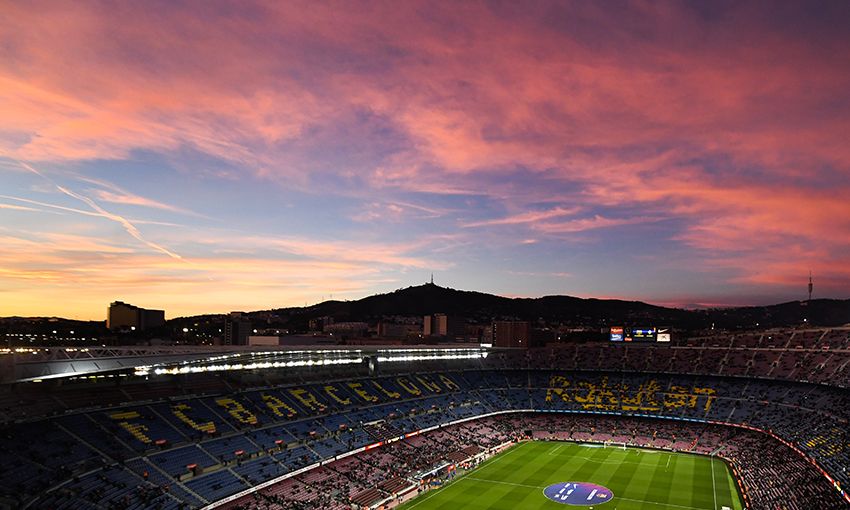 The view from Huddersfield: 'We might be down, but we're not out'

With thousands of Liverpool supporters travelling to Barcelona for the Champions League semi-final first leg at Camp Nou on Wednesday, we've put together a quick guide for your trip to the capital of Catalunya.

Located on the Balearic coast, with the Serra de Collserola mountains as a backdrop, Spain's second-largest city is as beautiful as it is vibrant and there's plenty for travelling Reds to experience ahead of a 9pm (local time) kick-off. 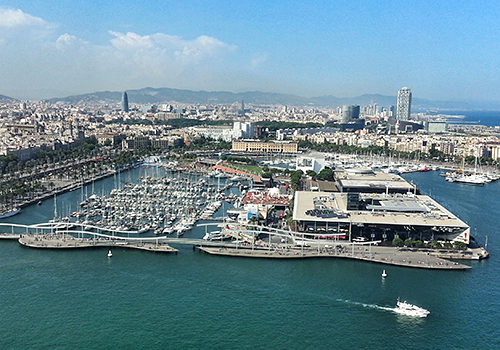 You can easily travel the 14km from Barcelona-El Prat Airport to the city centre by train or metro; however, the Aerobus is the fastest option.

The service operates from both airport terminals, T1 and T2, and a single ticket to Placa de Catalunya, in the heart of city, costs around €5.90. You can buy tickets here or from one of the machines on location.

But the most cost-effective way to reach the centre and travel onwards is to catch the RENFE train, which runs every 30 minutes from the airport to connect with Barcelona's metro network at Sants, Passeig de Gracia or Clot terminals.

A T10 ticket, which can be purchased at the RENFE train station, or any metro station, costs €10.20 and allows 10 journeys on the city's public transport system within Zone 1, which includes the airport, city centre and Camp Nou.

The L9 Sud Metro line also runs from T1 and T2 and connects to Barcelona's subway system but you will need a special airport metro ticket, costing €4.60, for this particular line and is not included in the T10 ticket. 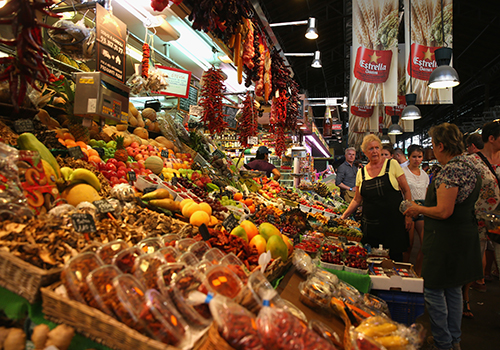 There are plenty of bars and restaurants in the streets surrounding Placa de Catalunya, but a 10-minute walk south along La Rambla is the magnificent La Boqueria food market - one of the largest in Europe.

The market sells a vast array of produce, which you can sample and take away, but also houses a variety of bars and restaurants that use the fresh food on hand to create some of Barcelona's most beloved dishes and tapas.

Each region tends to have its own specialty and in Catalunya Bombas is one of the most popular. It's essentially a largish potato croquette served with two different sauces: a spicy red salsa and a garlic allioli. Purported to have been invented at restaurant La Cova Fumada, on Calle Baluard, during the Spanish Civil War, it is now widespread.

With Barcelona situated on the coast, seafood also plays a large role in cuisine and esqueixada de bacalla is one of the most popular dishes. A salad made with shredded cod, peppers, onions, olives, tomatoes and a romesco sauce, it is widely available but La Vinateria del Call, in the Gothic Quarter, is considered one of the best places to eat it. 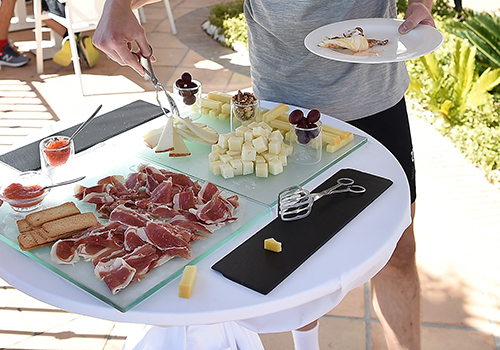 For a meat option, why not try the multitude of hams and cured cuts on offer, or dive into a Fricando stew.

In terms of liquid refreshment, Catalunya is home to three major breweries: Estrella, San Miguel and Moritz. If you are drinking draught beer then the latter is a great option and the Moritz Barcelona Brewery in the central Sant Antoni district is a popular destination for a freshly brewed beer and a bite to eat.

With the neighbouring Penedes wine region just a few miles away too, Cava - the Spanish equivalent of French Champagne - is also prevalent in the city. It might be fitting to indulge a celebratory glass or two if the result at Camp Nou goes the right way. 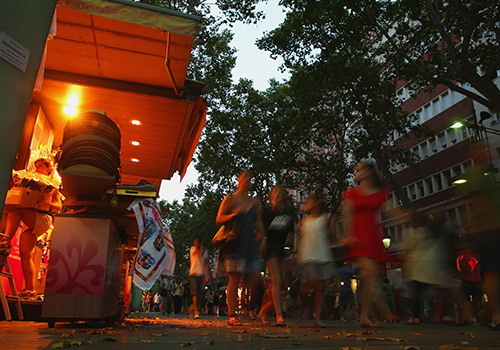 Las Ramblas is the place most visitors make a beeline for after arriving in the city. Comprising La Rambla and its surrounding streets, the 1.2km promenade runs from Placa de Catalunya to the Columbus Monument at the waterfront and cuts right through the heart of the city.

The largely pedestrianised boulevard is dotted with shops, bars, restaurants, street performers and works of art - including a mosaic by famous painter Joan Miro right in the middle of the street - and provides a lively snapshot of Barcelona life.

A bustling hub from morning until after midnight, Las Ramblas is also a natural place to begin a night on the town.

The No.1 tourist attraction in Barcelona is the giant basilica La Sagrada Familia, designed by master architect Antonio Gaudi. A short metro ride from Las Ramblas, the ornate and beautiful building has been under construction since 1882 and is only expected to be completed in 2026.

You can easily view the outside from the street, but you'll need to buy a ticket (at a range of prices) to see the stunning interior and climb one of the towers for a spectacular vista of the city.

However, Barcelona is peppered with Gaudi's work and a brilliant alternative to La Sagrada Familia is Park Guell, near the Lesseps or Vallcarca metro stops, which is home to some of his most fantastical sculpture and architecture.

Declared a World Heritage Site by UNESCO in 1984, Gaudi's gatehouse to the public park is a nod to Hansel and Gretel, while there are also palm-shaped pillars, mosaic facades, sculptures and a colourful Komodo oversees your journey up the Escalinata del Dragon (Dragon's Steps) to great views of Barcelona. The park is essentially an open-air Gaudi gallery.

If climbing up hills and steps is not really your thing then maybe a more relaxed visit to one of the city's beaches is more your style. 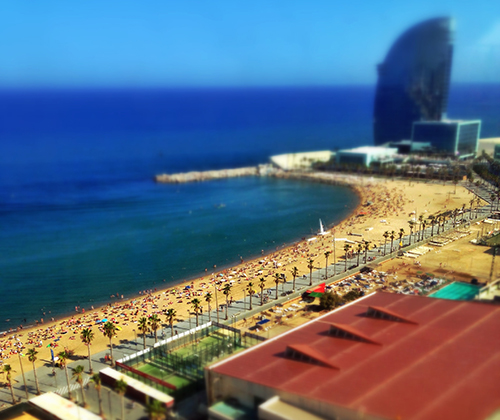 Platja de la Barceloneta, serviced by the L4 metro line, is probably the most popular with its beach restaurants and bars and there's more on offer in the shadow of the iconic W hotel too. If taking in Las Ramblas, Barceloneta beach is about a 20-minute walk from the end, just around the marina.

From the nearby port, you could take the Barcelona cable car (a return ticket is about €11) up Montjuic mountain, or alternatively hop on the funicular service, which would be included in your T10 ticket, at the Paral·lel metro station to ascend.

At the top, you can enjoy 360º views of Barcelona from Montjuic Castle, take in the National Museum of Catalan Art, the Grec Theather Gardens and watch a music and light water show at the Magic Fountain. 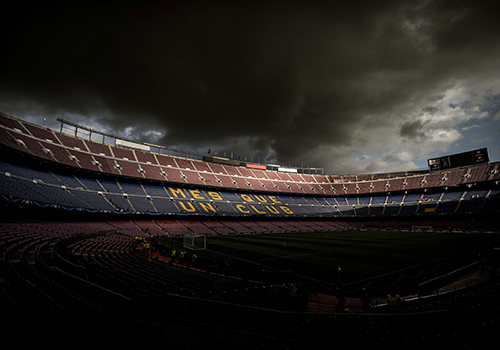 Opened in 1957, the two-tier stadium was expanded to three tiers for the 1982 World Cup and has undergone a series of minor renovations since. There are plenty of places to eat and drink in the surrounding neighbourhood but the best options are back in the city, which is only a 25-minute journey away.

The ground also houses the club museum which is open seven days a week but closes at 3pm on matchday and the day before a game. Regular stadium tours are not available on those days, but specially-tailored matchday tours are available on a limited basis at €99. More details here.

'Like being the best man at a wedding': Des Kelly on reporting on LFC 4-0 Barca

Back from the Brink: The players describe Liverpool 4-0 Barcelona

The media on LFC 4-0 Barcelona: 'The greatest night Anfield has seen'