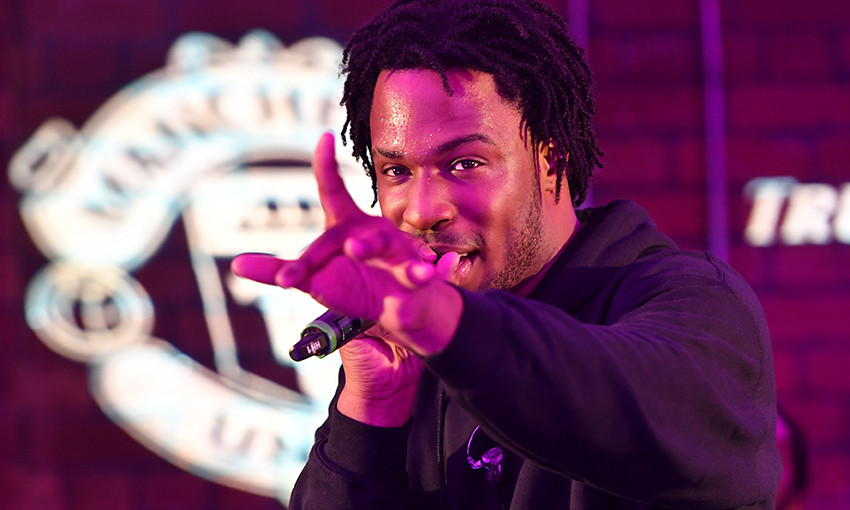 Ahead of Liverpool's Premier League clash with rivals Manchester United on Sunday, we sought out a special guest to talk all things Red Devils – UK rapper Avelino.

The 26-year-old musician, who has worked with the likes of Dave, Stormzy and Labrinth, is a staunch United fan and even reworked his track Long Time Coming in homage to the club ahead of the 2017 Europa League final.

United are the only team to take points off unbeaten league leaders Liverpool this season, with a 1-1 draw at Old Trafford, so what is Avelino expecting from Ole Gunnar Solskjaer's side at Anfield? 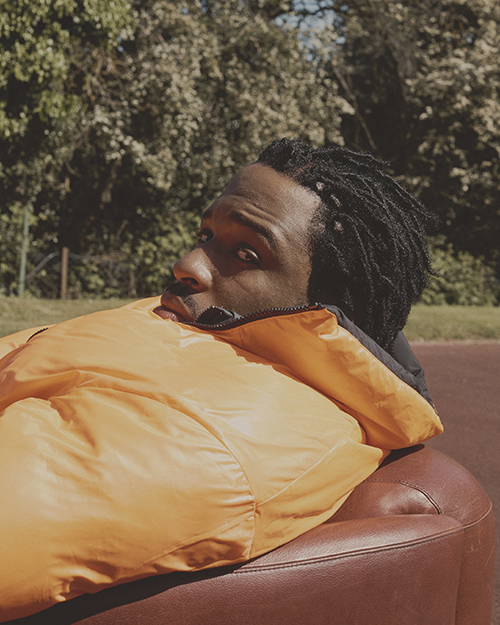 So, first off, can you remember the first time United really got your blood pumping?

I don't really remember a specific time, but the first thing that came into my head was ending Arsenal's 49-game unbeaten run at Old Trafford.

I remember Rooney won a penalty for Ruud van Nistelrooy and then Rooney scored a second goal. I didn't care about the possible simulation for the penalty, all I cared about was going to school the next day and bragging about ending Arsenal's run because they were really strong at the time and they had all the bragging rights in the playground.

Which player did you pretend to be when playing on the streets as a kid?

I pretended to be Zinedine Zidane. Woah! Let me take that back. I was Zinedine Zidane when I was playing in the streets. He is my favourite footballer ever and the greatest midfielder to play the game.

Your track Energy featured on the FIFA 18 soundtrack and you reworked Long Time Coming for the Europa League final. There seems to be a close relationship between football and music...

You know, there are a lot of footballers who have good relationships with rappers, or some footballers might even want to be rappers in another life.

At the same time, a lot of rappers also wanted to be footballers, or would love to be footballers and would swap lives if we could, just for the experience. And then go back to our true, personal passion and what we carry out in our own careers.

You have worked with Mercury Prize winner and fellow United fan Dave on numerous occasions. Have you ever found yourself talking football and forgetting about the music?

Me and Dave, I would say about 30 per cent of our conversations are about music, 70 per cent are about life and football and normal stuff.

We definitely discuss tactics and ideas. We know a couple of players and talk about what's going on in the club and things.

We both love football, it's another passion we share. It's a conversation that takes us away from music, in a good way, and we have even got a little group chat.

Have you experienced any serious football rivalry during your other collaborations?

[Thinks for a minute]... I've got a rivalry with Yungen. That's my boy innit, but when it comes to football I can't stand it, I can't take it. He's a Liverpool fan!

Who else? Everyone's alright you know, everyone's cool. There's a lot of Man United fans: Stormzy is a United fan, Dave's a United fan. I can't really think of one other than Yungen – he's just annoying when it comes to football.

Yungen's Ultimate Red: Who makes up his ideal LFC player?

What have you made of Solskjaer's reign as United manager so far? What would constitute a successful season?

Top four would be a successful season. An amazing season would be top four and a trophy: the FA Cup; we are in a difficult scenario in the Carabao Cup, but if we were to turn that around; or the Europa League.

Usually, are they amazing or successful seasons for Man United? No. But in the essence of progress for this side, that's when they become successful or amazing; in terms of where we are now.

It's Liverpool on Sunday, how's confidence heading into the match? What type of game are you expecting?

A lot of our problems have come when we are the team who are asked to have most of the ball – against the so-called lesser teams. That's where we have found major issues. I can recall beating Chelsea, beating Manchester City at the Etihad, drawing with Liverpool and beating Spurs.

The way we set up against the big teams, with the players we have, is ideal: quick transitions, counter-attacking football. The next thing for United is to figure out how to navigate those other types of games.

I'm confident and I'm expecting an exciting game. Maybe a bit more of a cagey affair than if it was at Old Trafford – I feel that is what happens at Anfield. Our best chance is to try to be dangerous on the counter and that suggests an exciting game because Liverpool are an attacking team. 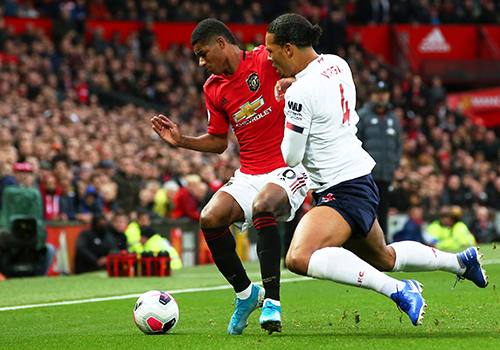 In the 1-1, Marcus Rashford played brilliantly. So, I'm gonna say him and Virgil van Dijk. I doubt Rashford will play through the middle, but we are quite fluid when he is playing with Martial etc.

If you were picking the team, what would your starting XI and formation be? 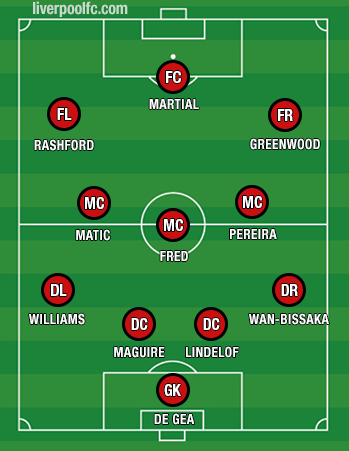 If everyone was fit, I would have a front three of Marcus Rashford and Mason Greenwood either side of Anthony Martial.

Paul Pogba, Fred and Scott McTominay – with Pogba with more of a free role in that midfield trio.

With Pogba and McTominay currently out injured, I'd probably go with Fred, Nemanja Matic and Andreas Pereira in midfield. As we are away from home, it is Pereira over Juan Mata for the pressing and quick transitions.

What's your score prediction for the match at Anfield?

It's going to be 2-0 to Manchester United. 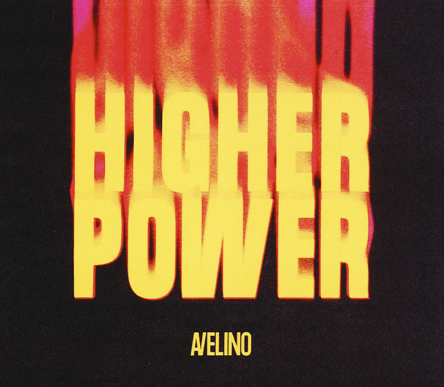