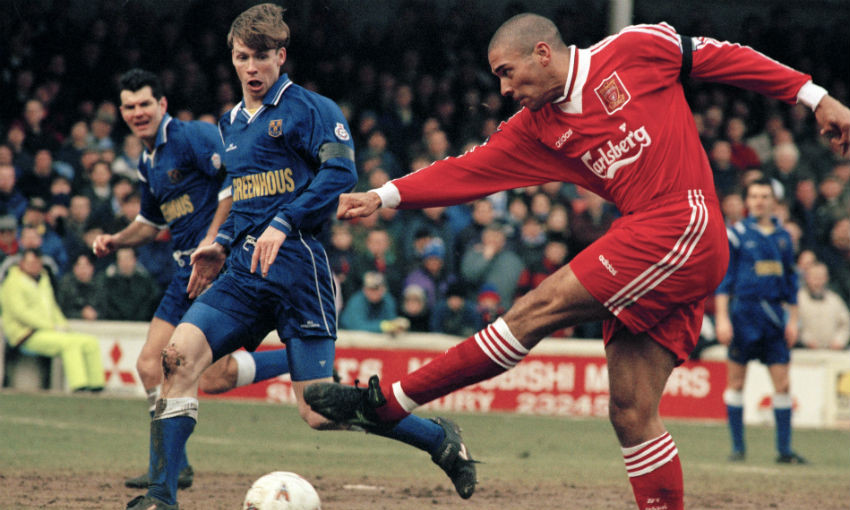 The more things change, the more they stay the same.

As was the case 24 years ago, Liverpool will face Shrewsbury Town in the fourth round of this season’s FA Cup.

And, ahead of the Reds’ trip to Shropshire this weekend, we’ve taken a look back and picked out five talking points around the clubs’ only previous meeting in February 1996.

Roy Evans’ side won that tie 4-0, and duly went on to reach the final at Wembley.

Sunday’s game will take place at New Meadow; a modern new-build stadium on the outskirts of town that Shrewsbury have called home since 2007.

Back in 1996, though, the Shrews played at Gay Meadow: a traditional and typical 20th century lower-league ground that was full of character - and, quite often, water.

Gay Meadow was located on the banks of the River Severn and regularly flooded during the winter months. 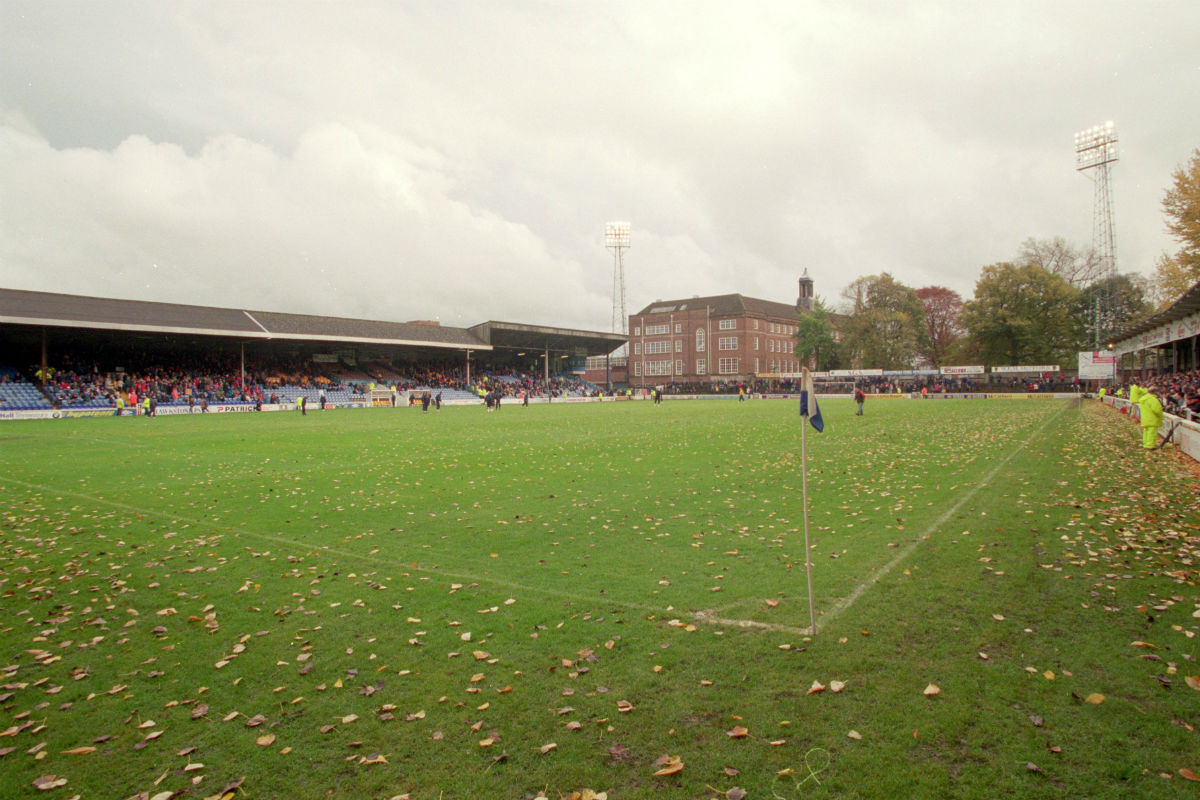 Indeed, three weather-related postponements - due to the pitch being frozen - and the FA’s refusal to permit the clubs’ proposal of a switch to Anfield resulted in the tie with Liverpool being delayed until Sunday February 18, nearly a month later than its 2020 equivalent.

The match kicked off in bright winter sunshine at 11am - just hours before the draw for the quarter-finals and 10 days prior to Evans’ back-logged Reds hosting Charlton Athletic in the fifth round.

The game at Gay Meadow represented Liverpool’s first following the passing of legendary former manager Bob Paisley, who had died at the age of 77 four days earlier.

As such, the teams and the 7,752-strong crowd observed a pre-match minute’s silence, which followed a sombre and respectfully observed airing of You’ll Never Walk Alone.

Both sides also wore black armbands in remembrance of one of football’s all-time greats. 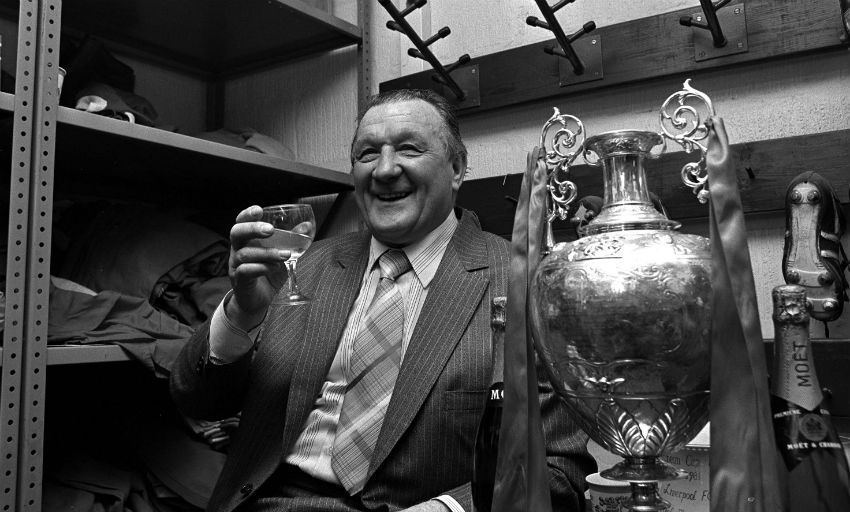 By the time Liverpool journeyed to Shrewsbury, their routes to silverware in 1995-96 had been reduced by elimination from both the UEFA Cup and League Cup.

With only the FA Cup and Premiership title left to target and his side’s next fixture six days away, Evans started the same XI that had defeated Queens Park Rangers in the league a week before - despite the fact only three substitutes were permitted in matchday squads of 14 players.

As now, Shrewsbury were a third-tier outfit in 1996 but top-flight managers sticking rather than twisting when it came to FA Cup selection was commonplace back then. 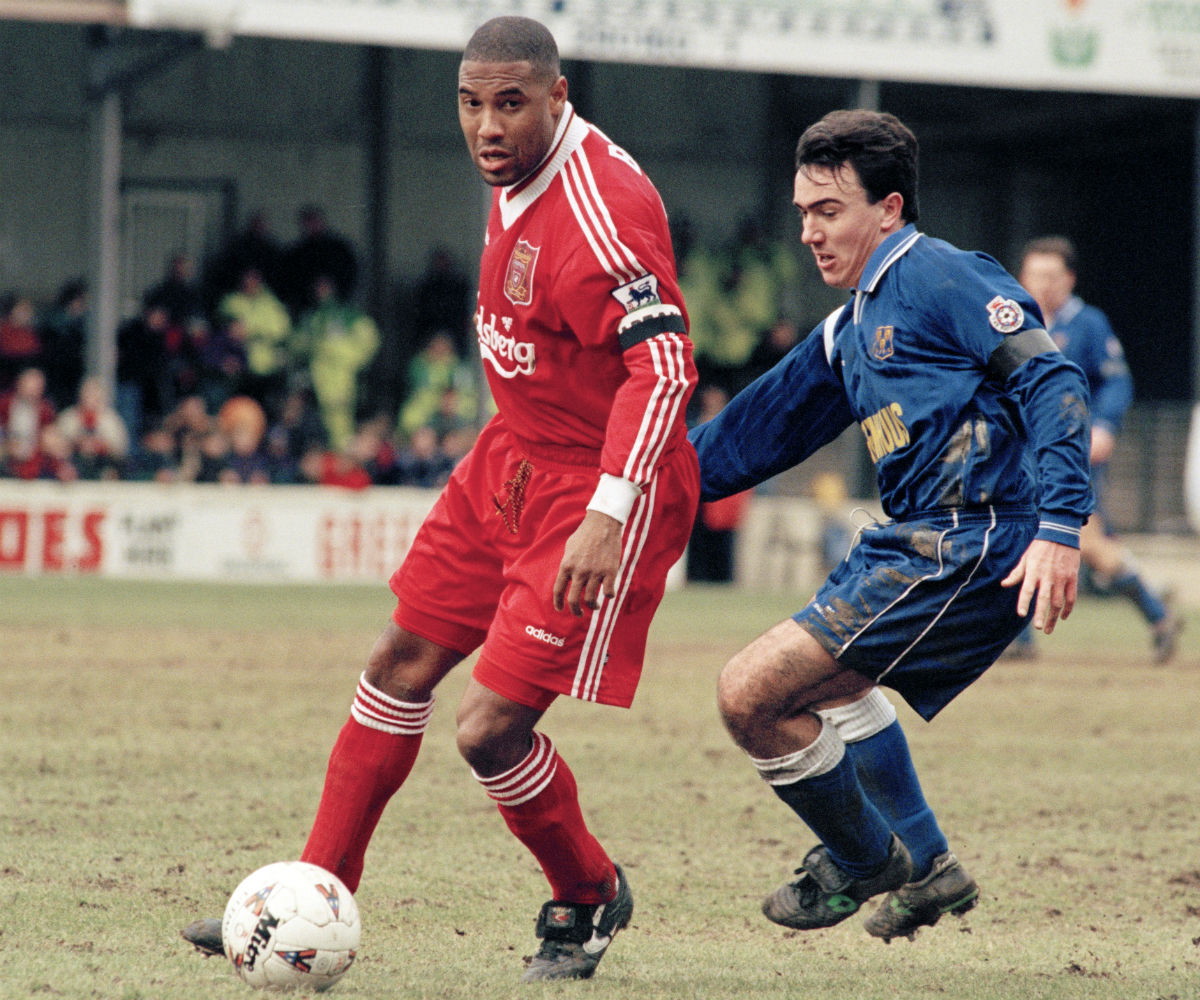 Jason McAteer, who scored the Reds’ fourth goal that day, explains: “It was the done thing and we’d played pretty much our full team when we beat Rochdale 7-0 in the third round. I scored in that one as well, by the way!”

Perhaps Evans also had momentum in mind when it came to the team he fielded.

Liverpool arrived in Shropshire in the midst of what would become a 20-match unbeaten run across all competitions, a sequence that stretched for nearly four months between November and March. 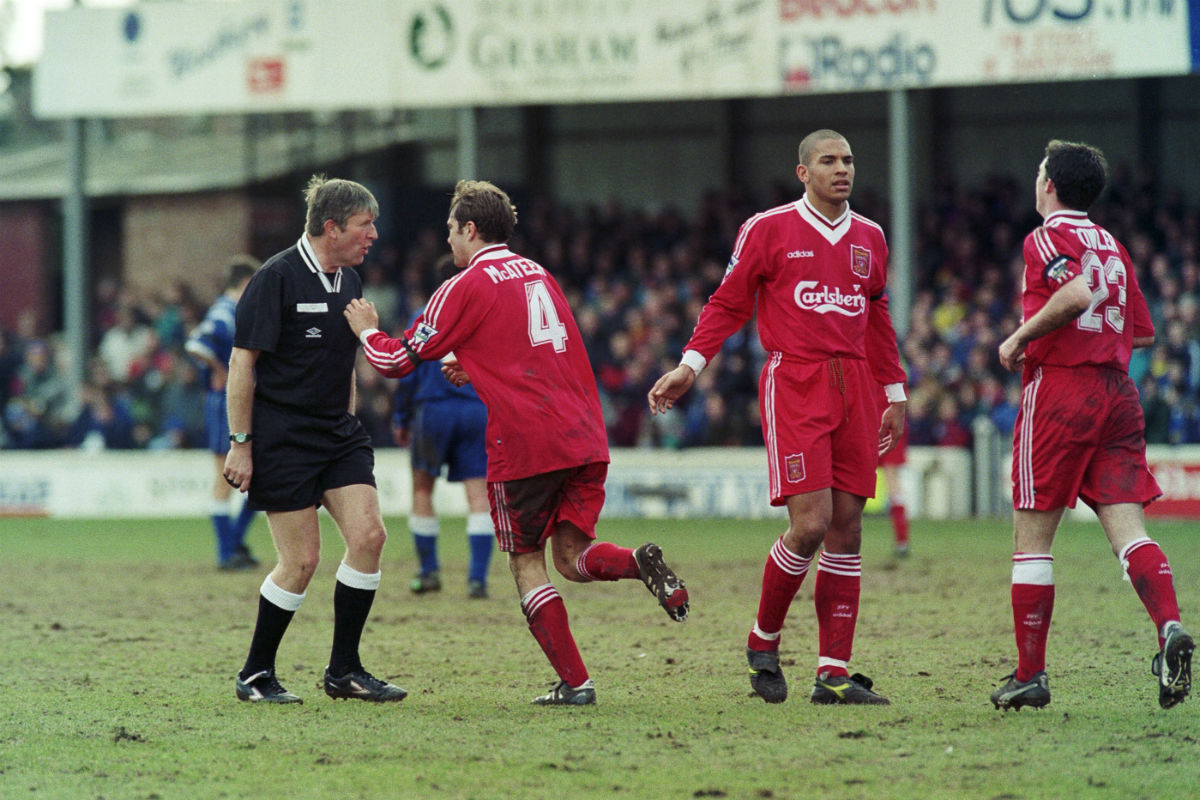 The visitors’ third goal that day was finished by - who else? - Robbie Fowler.

Fowler was en route to posting the most prolific season of his career, with the 26th of the 36 goals he scored in 1995-96 arriving with 75 minutes on the clock at Gay Meadow.

That’s 26 goals by mid-February, from a footballer who had not yet turned 21.

That campaign represented the high watermark of a staggering three-year spell during which the prodigiously gifted homegrown striker was, for the most part, irresistible.

There is the subtle turn of pace to eat up the ground on Dave Walton as both pursued McAteer’s clipped pass down the inside-right channel.

There is the deceptive upper body strength to hustle possession away from the Shrewsbury centre-back.

And then, there is the impudent technique that results in goalkeeper Paul Edwards laying sprawled on the turf, watching on helplessly as he is rounded prior to the ball being gently rolled over the line. 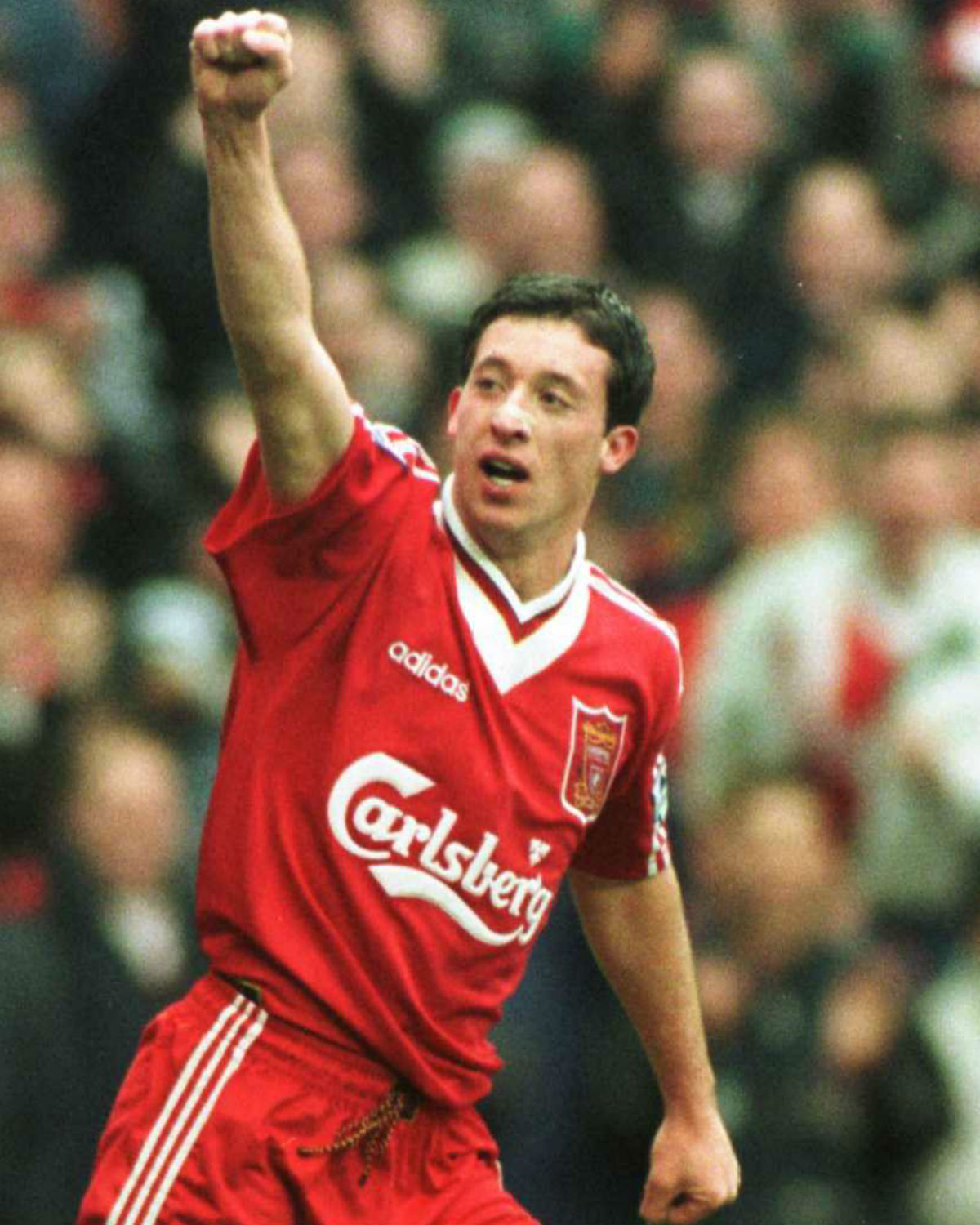 That was Evans’ verdict after seeing his side advance to round five.

“We had a good start with an early goal but, if anything, we were guilty of getting a bit individual at times,” Liverpool’s boss assessed post-match.

“I think 4-0 was a bit flattering for us but we did a good professional job in the end. I thought the game lacked a bit of passion because of the 11am start. It seemed to affect both the players and the supporters.

“But matchday preparation for us always starts three hours before kick-off and we didn’t change it today. It was early to bed and early to rise and we knew we had to give Shrewsbury proper respect.”

On this day: Reds score seven, European wins and a Coates stunner