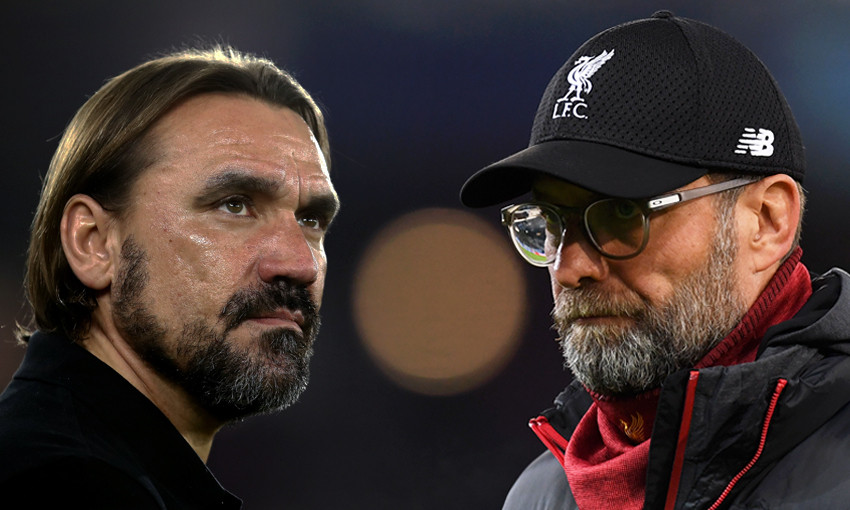 From holiday to history: Divock Origi and Champions League finals

Premier League leaders Liverpool return from the winter break and resume their title challenge with a trip to Norwich City on Saturday.

Daniel Farke's side are bottom of the table and have endured some mixed results since the turn of the year.

However, the Canaries head into this Carrow Road clash buoyed by a 2-1 win over Premier League Burnley in the FA Cup and a clean sheet obtained in the 0-0 draw at Newcastle United last time out.

So, what can we expect from the hosts against Liverpool? We caught up with Paddy Davitt (@paddyjdavitt), Norwich City editor, Eastern Daily Press, to get the lowdown...

Should Norwich have beaten Newcastle in that final game before the winter break?

They certainly created more than enough chances. Look at the statistics from the game and they were better than Newcastle in every measure bar the one that really counts. You can take your lead from the mood of the respective coaches following the game. Daniel Farke spoke of being 'disappointed and frustrated' whereas Steve Bruce conceded the only positive for his side was taking a point from a game they did not deserve one.

The Canaries had 19 shots without scoring at St. James' Park, is that a microcosm of the season so far?

You would have to say yes. Go right back to the opening night at Anfield and although a 4-1 defeat looks one-sided, Norwich had chances before Liverpool scored and continued to probe in the final third until Teemu Pukki pulled one back. That is how they came up from the Championship, on a wave of attacking football. Creating chances has not been an issue in the Premier League but bar Pukki and young midfielder Todd Cantwell they have not been clinical enough.

What are the expectations for the rest of the campaign?

With games running out, a gap of seven points to close and those ongoing difficulties to convert chances, you can understand why Farke himself has talked openly about needing a 'little miracle'. But the manner of the performance at Newcastle underlined there is still a belief inside the camp and there are enough points available to take this fight to the closing weeks of the season. 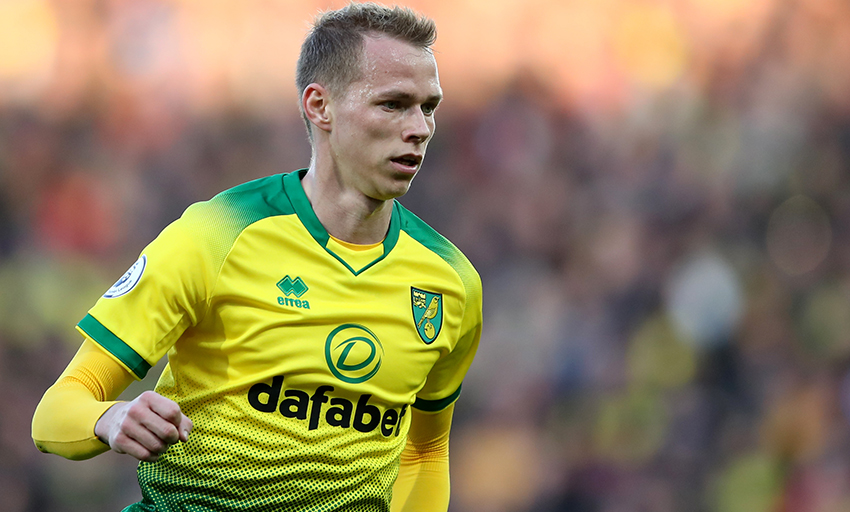 What did you make of Norwich's transfer dealings in the January window?

The club made four signings last month and Farke packaged it as two for the here and now, one of which was a loan deal for Ondrej Duda from Hertha Berlin, and two young signings for the future - both of whom were immediately loaned backed to their previous clubs. That is the Norwich way in terms of the club's transfer strategy - astute recruitment that can yield large dividends on and off the pitch.

The standout result was beating Manchester City 3-2, but they have lost too many of the key games against sides around them in the table. But they did get a point against both Arsenal and Tottenham Hotspur and should have got something from Chelsea, so there is a sense they feel more comfortable playing against the better sides.

Will the 3-2 win over City at Carrow Road provide the blueprint for this game? Or, possibly the second-half performance at Anfield?

Jürgen Klopp referred to Norwich's 'cheeky' approach after that opening game, in terms of how they tried to stick to the way Farke wants his side to be proactive and progressive. But there was plenty of pragmatism in the Manchester City display, and Farke will strive to get the same balance again. Norwich have shown they can play on the counter, notably when they drew at Leicester City, and Farke may expect Liverpool to dominate the territory and possession. 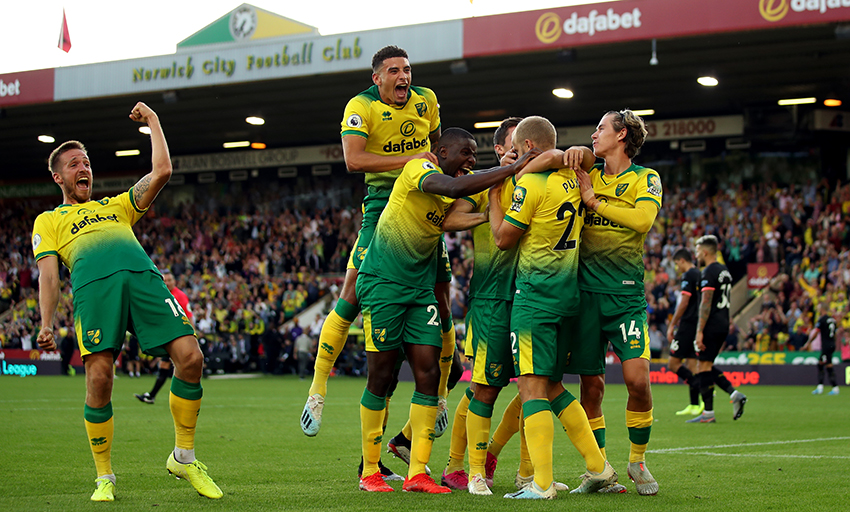 What effect do you think the winter break might have on the game?

Norwich did not go away, but the squad had the majority of the first week off. As centre-back Christoph Zimmermann said after the Newcastle game, they were treating it like an international break, but with one crucial difference. Players like Pukki, who would have been away with his country, got a proper rest for the first time this season.

Where will Norwich's biggest threat come from?

Pukki is the obvious threat given his goal record this season and last. But the midfield three behind him are just as important to how Norwich want to play. Look out for the likes of Emi Buendia, Cantwell and Duda, who are all clever, technical midfielders who take up intelligent positions between the lines.

Ben Godfrey v Mohamed Salah. Godfrey is an England U21 centre-back who emerged with a good deal of credit from his own display at Anfield, despite the final scoreline. Athletic, pace to burn and a player being linked with some big clubs. He has missed the last three games through suspension, but it would be a surprise if he is not restored to central defence.

How will Norwich line up against Liverpool? 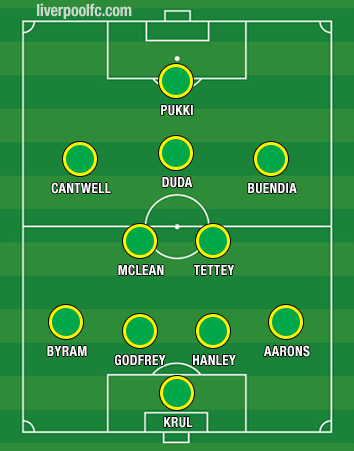 In pre-season Farke toyed with playing a defensive three but a series of injuries to his central defence options has seen Norwich predominantly start in a 4-2-3-1 formation.

Norwich will be brave and bold but given Liverpool's stunning level of consistency, purely in terms of results, any positive outcome for Norwich would rank among one of their best-ever results. Norwich 1-3 Liverpool.