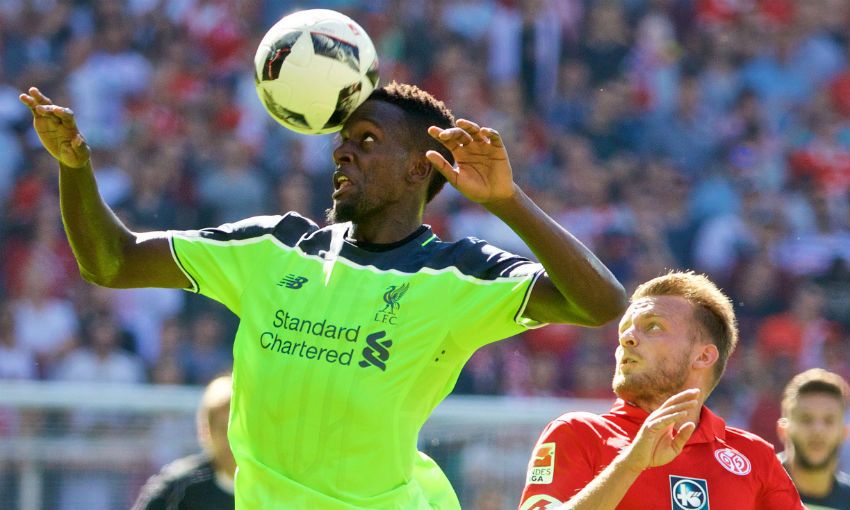 Liverpool wrapped up their pre-season campaign with a 4-0 defeat against FSV Mainz 05 in Germany on Sunday afternoon.

The Reds found themselves behind when Daniel Brosinski put the home team into the lead after a quarter of an hour, netting from the spot after a harsh-looking penalty was awarded against Andre Wisdom for handball.

Mainz furthered their advantage with virtually the final kick of the first half courtesy of Jhon Cordoba’s run and finish before Yunus Malli added a third on 59 minutes.

The scoring was completed with Die Nullfünfer’s fourth, headed in from close range by Yoshinori Muto, to condemn Liverpool to defeat against Jürgen Klopp’s former club.

Having flown to Germany immediately after beating Barcelona 4-0 at Wembley less than 24 hours previously, it was no surprise to see a much-changed Liverpool line-up. Indeed, only Emre Can and Adam Lallana retained their places from the starting XI fielded against the Spaniards.

Joel Matip was handed a berth for his first appearance since limping off at Wigan Athletic on July 17, while Divock Origi and Marko Grujic also began.

In sweltering conditions on the banks of the Rhine, the home club began the afternoon by paying homage to their former heroes, Klopp and Loris Karius, the latter appearing on the pitch for a pre-match presentation.

However, there was little room for sentiment once the contest was underway – and Mainz took the lead with 14 minutes played when Wisdom was adjudged to have handled inside the box, allowing Brosinski the opportunity to step up and stroke home a penalty.

Just after the half-hour, Christian Clemens went close to extending Mainz’s advantage when he hooked the ball over an attempted challenge from Alberto Moreno and rolled a shot wide of the far post with a half-volley.

The winger, on loan from FC Schalke, threatened again soon after when he chested a ball down inside the box and angled an effort over the bar from 12 yards.

At the other end, Grujic released Origi into space on a counter-attack and the Belgian clipped his strike narrowly off target after cutting inside Stefan Bell.

Grujic was forced from the field with minutes remaining of the opening half after sustaining a knock, with Danny Ings coming on as his replacement.

And there was further concern for Liverpool when Cordoba doubled Mainz’s lead with the last kick of the half, holding off challenges from Wisdom and Matip before drilling underneath Alex Manninger.

Mainz could have made it three immediately after the re-start, but Wisdom’s challenge was able to thwart Clemens’ seemingly goal-bound drive.

However, a third did arrive when substitute Malli collected the ball deep, charged towards the edge of the area and found the bottom corner with a placed finish.

As both teams made a raft of substitutions during the second period, including senior debuts for Academy prospects Toni Gomes and Sam Hart, Mainz helped themselves to a fourth effort when Muto powered in a close-range header.

Liverpool did threaten to pull a goal back when Ings nudged in Georginio Wijnaldum’s shot, but the striker was flagged offside.

The final whistle signalled the end of the Reds’ pre-season fixtures, and all thoughts now turn to next weekend’s Premier League opener and the trip to Arsenal on Sunday when the 2016-17 campaign gets underway.