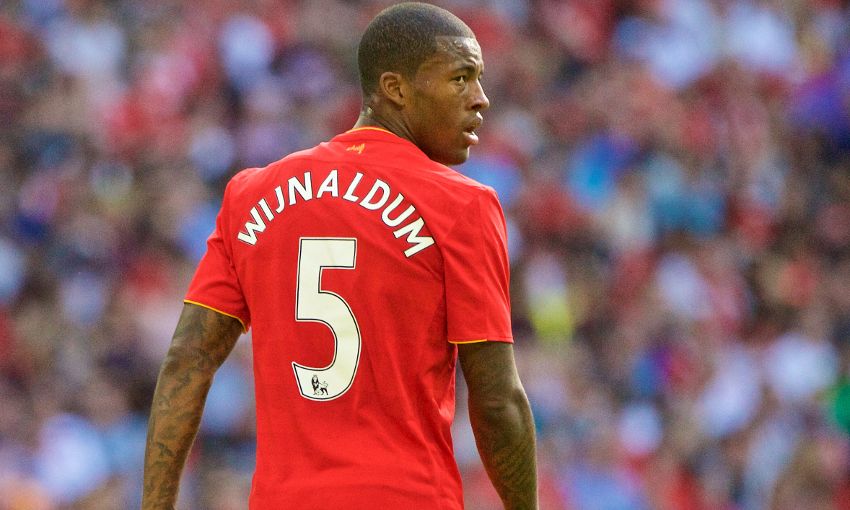 Callaghan: Why Anfield holds a special place in my heart

Having been used to getting among the goals regularly in his career, Georginio Wijnaldum is already feeling a nagging impatience to open his account for Liverpool.

The midfielder, a summer signing from Newcastle United, has made an assured start to life with the Reds and chipped in with a second assist of the season during last Saturday’s victory over Leicester City.

After making what is already a characteristic run into the penalty area from deep, Wijnaldum was calm in the face of a defensive wall in front of him and rolled an inviting pass back for Adam Lallana to wallop into the top corner.

Setting up others in the pursuit of positive results for the team brings its own satisfaction but the Netherlands international is eager to get back into the rhythm of hitting the target himself too.

“You get used to scoring goals,” he tells Liverpoolfc.com ahead of his next chance to do so – Friday night’s Premier League meeting with Chelsea.

“During the years I have scored a lot of goals as a midfielder and when you get that feeling, you always want to score.

“But the most important thing is how can I help the team? If that’s with assists then so be it. Of course I want to score, because I did it for a lot of years in a lot of teams and it’s something I can do.

“I’m searching for goals because if you get used to scoring goals, you’re going to have a hunger and be greedy to score goals from midfield.

“But you must also think about what you have to do to help my teammates and my team.

“This couple of games it was with assists, but I’m relaxed and easy, I have faith in my qualities and I know goals will come. But the team is the most important thing and if we win games, it’s OK for me.”

A recurring theme in Liverpool’s opening matches of the season has been the increased number of players supporting each attack.

Jürgen Klopp has asked for as many of his side to get into the box as possible, with Wijnaldum and captain Jordan Henderson tasked with pushing forward when the time is right.

And the No.5 admits this is the most concentrated approach he has ever been part of, adding: “In the teams that I played for in Holland, we didn’t have that many players who attack.

“Sometimes we attack with six or seven players and that’s a lot. I had that with only one team in Holland – PSV [Eindhoven] in my first season.

“The years after and before, the number of players we attacked with was fewer, four or sometimes five, but not six or seven.”