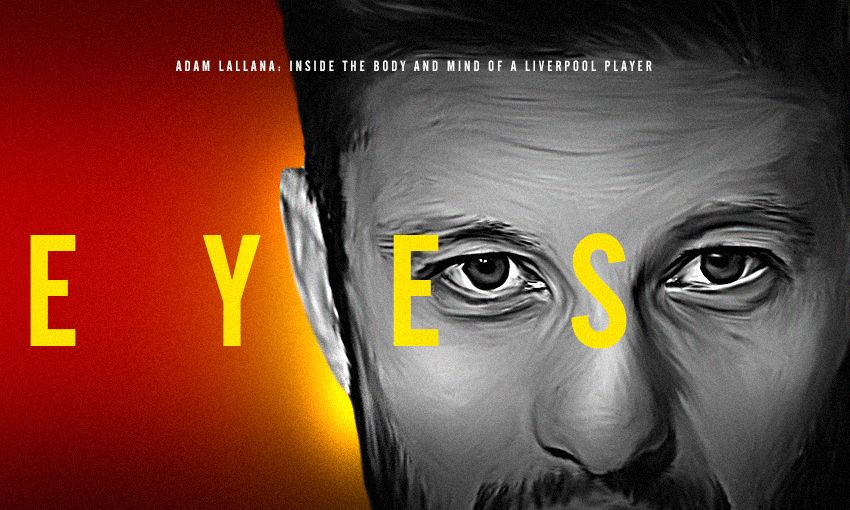 Vision is the next aspect of being an elite-level footballer that we examine with Adam – both on the pitch during matches and off it as Liverpool prepare for games or reflect on their past performances...

“Vision and awareness is so, so important during games…”

It’s big. The manager speaks about that all the time – about orientation and looking over your shoulder. In the position I have found myself this year, I am learning even more about how important it is to be ‘orientated’, which is the word the manager uses. Obviously you haven’t got eyes in the back of your head, so to keep checking over your shoulders and knowing what is around you is so, so important.

It’s definitely something you can work on. Going back to when I worked under Nigel Adkins, he used to use the word ‘scanning’ a lot – scanning over your shoulder before the ball has been played to you and so on. He used to use Frank Lampard as a reference because he always used to check over both of his shoulders and knew what was around him. That was a big part of his game and helped him score as many goals as he did.

“Analysis of other teams is important, but we have to focus on our qualities…”

We go through every team – we respect every team and the qualities they have. The manager and his staff analyse them a lot more than us as players and then we will get shown the footage and look at where we can hurt them. It’s good to have an idea where their strengths and weaknesses are; it’s important to know so when we’re in the game, we know where we can get at them. It’s key, however, not to go too much into detail about the opponents because we focus on ourselves, but it is good to know before you go out there.

“Analysis of our own performances is useful…”

I think we probably analyse more when we don’t win and when we don’t play well, rather than when we do play well. It’s probably the easy option to watch yourselves back when we’ve played well, or watch your own goals back – it’s more important to look at things you can improve upon and do better. It keeps you humble and keeps you striving to be better.