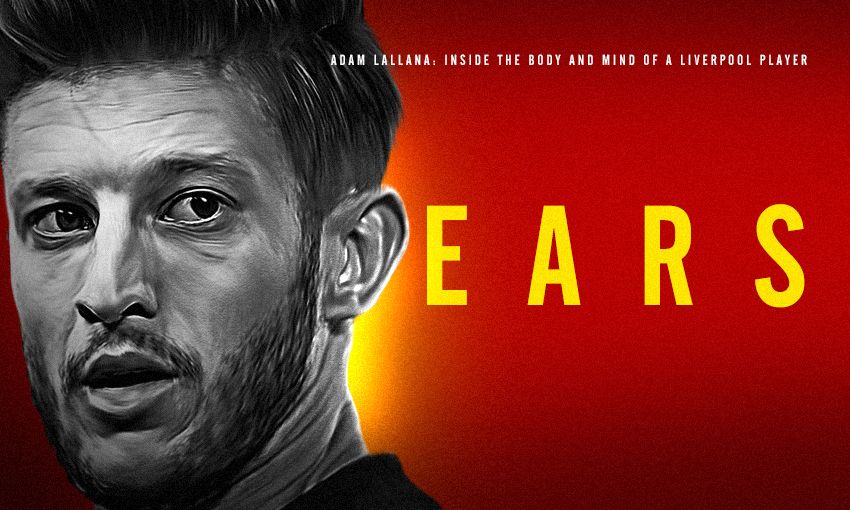 We move on to the ears and specifically the importance of listening and taking on advice in football...

“Communication on the pitch is vital, even if it’s just one or two words to your teammate…”

It is difficult to be able to listen to each other during games due to the noise sometimes. As well as that, when you’re tired in games, trying to get a full sentence out is sometimes difficult. Sometimes it can just be a scream of ‘left’, ‘right’, ‘I’m on’ or ‘man on’ – just these simple, simple words can mean an awful lot and help an awful lot. If you’re covering your mate, you just want to shout ‘left, left’ rather than a full-on sentence, which is impossible during a match anyway. Maybe when someone is down injured or there’s a substitution, you might be able to have a little bit of a conversation, but sometimes these messages can be so short. However, as a player, you know what they mean and something as simple as one or two words can mean an awful lot.

It is loud and sometimes you can’t hear what the manager is saying if you’re far away from him, but the noise doesn’t bother you so much because you’re zoned out and focused. You try to block out as much of the atmosphere as possible so you can concentrate on the job ahead. But that’s not to say fans can’t influence games or performances with the noise and atmospheres they create – they definitely can and do.

“You always need to be ready to listen in football…”