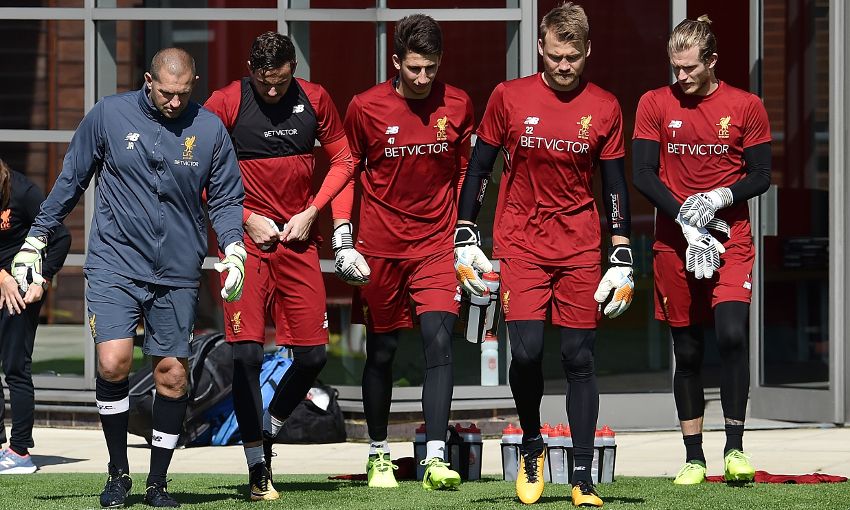 Preparing a Liverpool first-team goalkeeper is a multifaceted task that can differ game by game, opponent by opponent, and it doesn’t just involve work out on the Melwood training pitches.

It’s an all-encompassing job that begins well in advance of the fixture in question, and continues even after the final whistle has sounded.

It comprises of technological and statistical input from a range of departments within the club’s training facility, as well as physical work with coaching staff to ready the custodians for the upcoming contest.

The man responsible for bringing it all together and coordinating is John Achterberg, the Reds’ first-team goalkeeping coach, who is now into his ninth year at the club.

So how does he manage it? How are Liverpool’s ‘keepers prepared for action and what specific aspects are intrinsically examined before kick-off?

Achterberg sat down with Liverpoolfc.com during the Reds’ recent training camp in Marbella to discuss this and much more…

John, we get to see a lot of work with yourself and the goalkeepers in training. Can you talk us through how you’ll typically prepare the ‘keepers for an upcoming game?

It depends on who you’re playing. We show them with clips what happens in the games, how they play and what they do in situations to prepare the goalies as much as we can, really.

How closely do you work with the analysis team in order to prepare those clips?

We always have a meeting with all of the staff. From watching the clips, you know what they do we make the session. A lot of teams from experience over the years, you know what they do and you already know what kind of sessions you’re going to make to prepare them. Then you talk to the goalies individually on what will happen, what they have to think about and how they have to deal with it. Then you back that up with the goalkeeping meeting the day before the game, where you show them all the free-kicks and corners and so on to give them the picture. By talking throughout the whole week about it, they know what is coming and then hopefully they are ready to deal it.

Sometimes on the journeys back from games, you will sit with the ‘keeper and use a computer to look at clips. What exactly are you guys looking at in those instances?

You always look at things that have happened in the game, what could have been better and focus on things they can improve and stuff like that. It’s all of our job to try and always keep looking and improving, working on things. 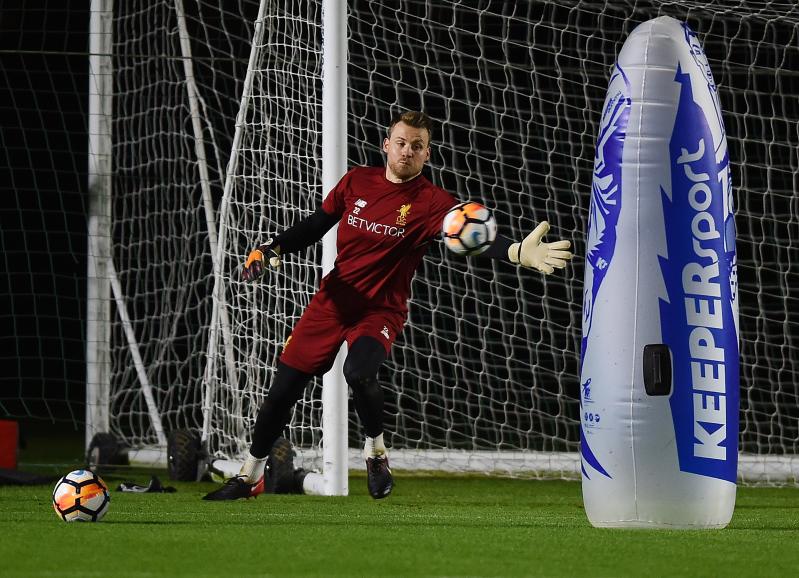 We’ve seen our ‘keepers save a couple of penalties this season; how do you go about preparing them for what they might come up against in a penalty situation?

We have a special way on that, but we don’t want to talk too much about it! We have a special meeting, of course, about the set plays and everything, then we discuss it all and try to prepare as much as we can. It can work out alright!

How pleasing is it for you when it does ‘work out alright’?

Do you keep a lot of stats on opposition players?

Yeah, if you look at it that way then we probably do. That’s the work we do with the analysis department; they’re working really hard behind the scenes to get everything together for us to make our job helpful and easier for us. They do a really good job in that. 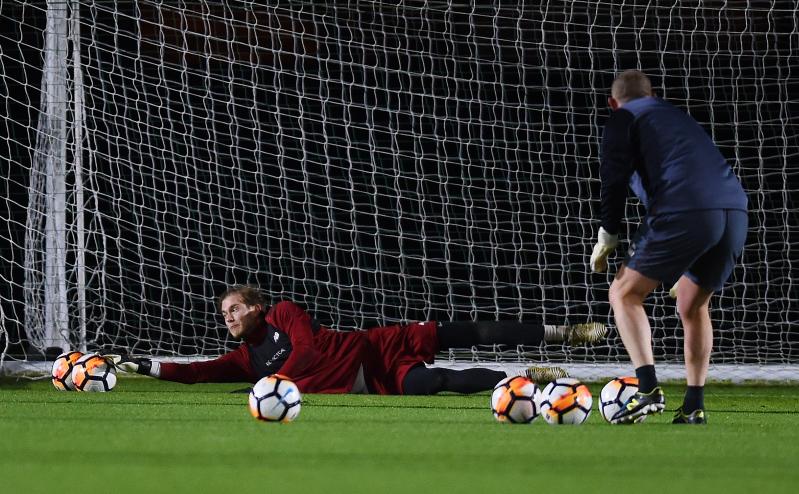 We saw Loris Karius play a big part in Roberto Firmino’s goal at Southampton recently. How do you go about training that in the ‘keepers?

We try to improve that. You show them the videos where the opponent have weakness and if you win the ball as a goalie, you need to try and restart quickly. That’s what you create in training; if you catch a corner, can we get a quick throw or kick to put players in? That’s part of our job and we try to get better and better at it. In the game at Southampton it did come off, and that’s what you try and do to set us off for the next goal.

Does that depend on the manager’s philosophy? Under Jürgen, Liverpool are very aggressive and on the front-foot in their attacking play…

The boss wants us to be like that and that’s a good thing. Liverpool’s philosophy has always been advanced play, which for a goalie is always harder to cover everything because obviously your goalie has to be more advanced in everything. It’s easier if you play with a team with 11 behind the ball because there are smaller spaces to cover, and so it’s easier to cover as a goalie. Playing for Liverpool is one of the hardest jobs. There are 500 million supporters who all have their own vision and input, and now with social media it’s bigger of course. The goalies all deal with it and it’s good for them. It’s all good.

How much has goalkeeping changed since you were a ‘keeper yourself? Nowadays goalkeepers can almost have to act as an extra outfield player sometimes…

Especially if you play for us, you need to be playing high lines. Crosses into the box, you have to come [for the ball], one-versus-one you have to be good, you have to be a good shot stopper, you have to be good in playing out and in kicking the ball. Unfortunately in the world, there are not too many goalies who can do all of these aspects. We expect our goalies to make no mistakes, but in every club the goalies will make mistakes. That’s how it is and we just have to accept it, move on, try to better every time and that’s what we try to do. 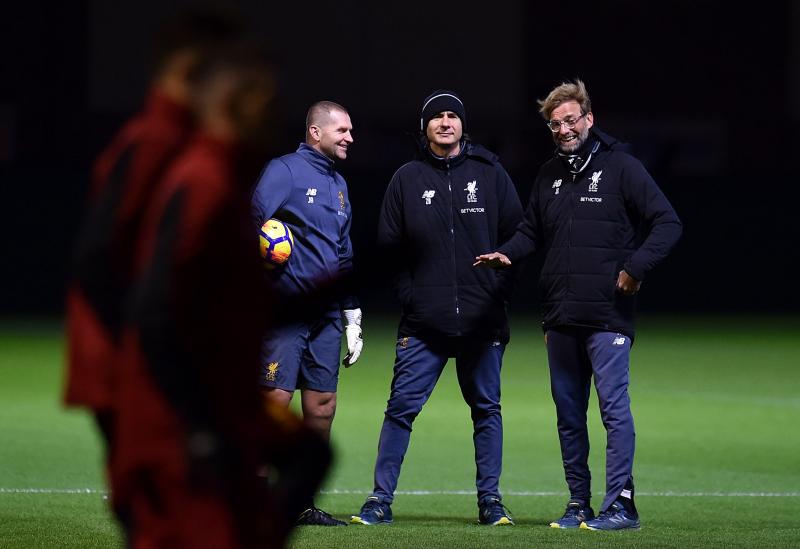 How do you personally ensure you’re on top of training goalkeepers in the modern way?

It’s the same. I was always playing advanced when Aldo [John Aldridge] was my manager at Tranmere. The Dutch way is to play with high lines and sweeping up. That’s why Aldo signed me because I was sweeping up, trying to come for crosses and was pretty all round in what I did. My philosophy is the same and if you have the Dutch technical and tactical knowledge, and you stick it with the English mentality and work rate, then you try and create a complete goalkeeper in the way you work. The games give you the exercises because you try to train as realistically as you can to create a goalkeeping-specific exercises that will happen in the games.

We’ve seen you go all around the world in the last couple of years delivering talks and seminars on goalkeeping. Tell us a bit about that…

It’s just to try to help improve goalkeepers. I have a big philosophy on it and I think goalkeeping should be training in the goal to learn all the distances. You need to learn to speed up because the game in the Premier League is 100mph, so you have to try to improve the goalkeeper in thinking, moving and reacting at 100mph, making decisions at 100mph. That is a way of thinking and a way of training that I have in my head. Then I try to put that into presentations to explain to people how you could do it. There is a big process in that and it should start with U8s, ready to build this strategy because nowadays your goalkeeper is an athletic goalkeeper; they have to be so agile, quick in mind, quick in footwork, quick in decision making, accuracy and everything they do. The level of the game goes so much higher ever year and the speed of the balls and quality of the play. Everything has to be quicker for the goalkeeper. You have to try and improve every time this process to make them better.

Do you work with the guys at the Academy on the young ‘keepers there?

I used to do it for the first few years [at Liverpool] and at Tranmere I did the whole academy. In Holland, I already did all of the youth teams to get my experience. I started coaching when I was 25, carried it on when I was playing at Tranmere – I did it playing and coaching to try and get more experience. I always had this passion and way of working. You’re always on the front-foot is you’re passionate, so I try to look at things and improve things. Then you see if you look back in the past when ‘keepers have made mistakes that they would not be able to get away with now with all the social media, so the pressure is getting more and more. Now you try to help them be strong in mind and improve in every aspect to be safer, if you like.

'Alisson's goal was magic but I hope he's not needed to score again!'

John Achterberg: I looked at my watch and told Alisson to go forward