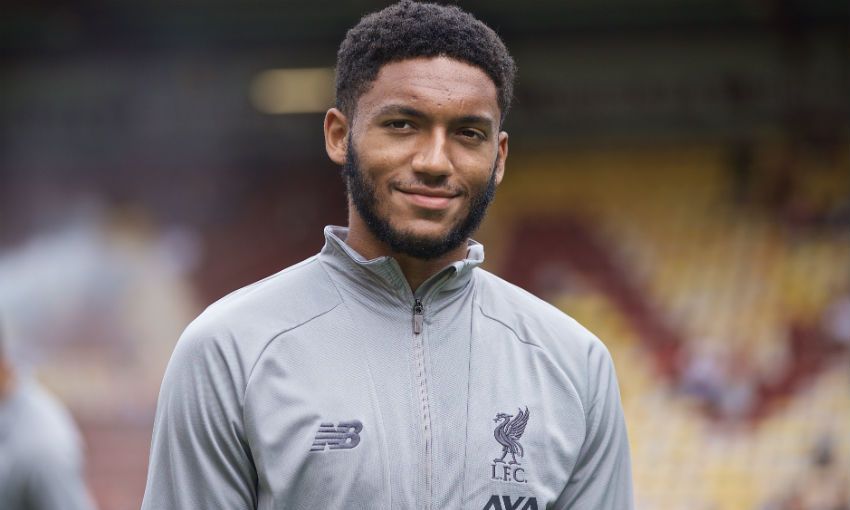 Gini Wijnaldum discusses PL start: 'We need to be out of the blocks quickly'

Joe Gomez believes Liverpool's impeccable home record is down to the team's ability to take each test as it comes when matched with the passion delivered from the stands.

The Reds have gone the previous two Premier League seasons unbeaten at Anfield - last tasting defeat back in April 2017.

The quest to extend that run to three entire campaigns begins on Friday night when newly-promoted Norwich City arrive on Merseyside to kick off the 2019-20 domestic action.

Asked about the sublime home record, Gomez told Liverpoolfc.com: "It's weird, it's sort of just flown in the sense that you don't really take it in.

"I think you just see each game as that individual game. But when you look back at that stat, it's special.

"I think it's a credit to the supporters. The atmosphere they set makes it very difficult for people to come to Anfield.

"Hopefully it's something we can continue. If we do that this year, I'm sure we'll be in a good place. Obviously [Norwich] will be the first time back since Madrid. It's always special playing at Anfield, I think that's one of massive pluses at being at this club.

"We know how much of a historic place it is and how good the atmosphere is. All the lads are looking forward to it."

The Canaries are back in the top flight after three seasons away, having won the Championship last term under the management of Daniel Farke.

Gomez is aware of the fierce challenge the newcomers will pose to Jürgen Klopp's men going back to his time at Charlton Athletic.

"I definitely think they'll be a tough side," the 22-year-old continued. "The Championship is a very good league, I experienced it when I was younger.

"For them to rise to the top of that and to get promoted, it speaks for itself. They're going to be a tough side and it's not going to be easy for us. I'm sure they will be hungry.

"I think this year a lot teams will come to Anfield wanting to just give it their all and give us their best because they know what we can achieve."