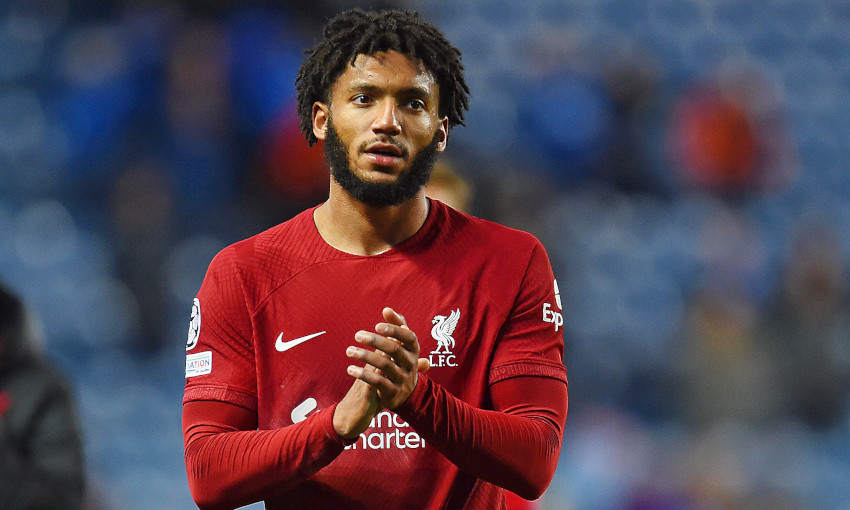 Liverpool defender Joe Gomez believes the city and the club will forever be ingrained into his life after the role they have played in his career.

The Reds' No.2 is now into his eighth season on Merseyside since joining the ranks from Charlton Athletic in 2015.

The 25-year-old - who penned a new long-term deal in July - was quizzed by Premier League Productions recently on what certain words mean to him, revealing that 'home' has now become attached to L4.

"But I obviously think of the city [of Liverpool] and the way that now it feels like home here just because of the time I've spent.

"When I first came, home was London and that's all I knew and that's where I'd be on a day off if I could, but now Liverpool is probably always going to be ingrained in me for life.

"Just because of the on-the-pitch [and] off-the-pitch experiences, family, and things that I've gone through here.

"It's been that long a time that it's home and it feels that way now."