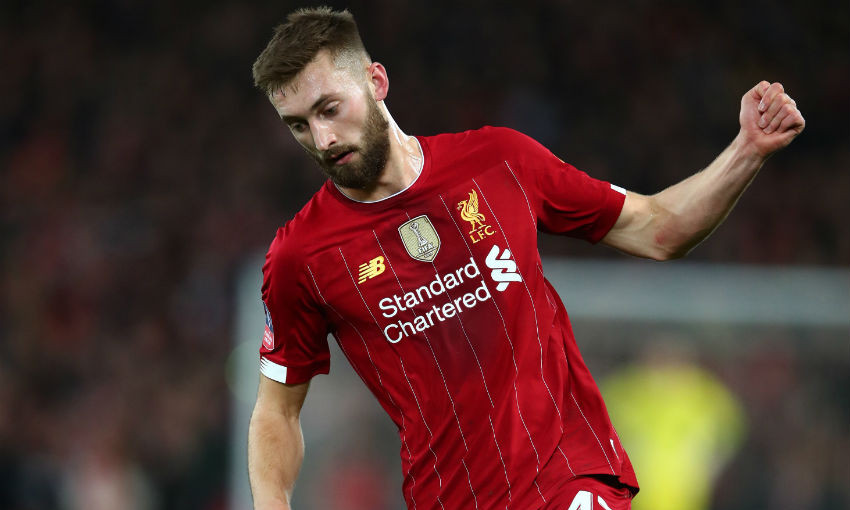 Inside Anfield: Behind the scenes of Liverpool 1-0 Everton

The 'highlight' of Nat Phillips' emerging career arrived in the midst of a whirlwind few weeks for the Liverpool defender.

The centre-half marked his competitive senior debut for the Reds by helping keep a clean sheet against Everton in the third-round FA Cup triumph at Anfield on Sunday.

Such an opportunity came the 22-year-old's way after making his way back to the club at the start of the month when an agreement was reached with Stuttgart for him to return from his loan spell.

"Obviously [it's] the highlight of my career so far to play in a derby at Anfield in the FA Cup, get a win and a clean sheet," Phillips told Liverpoolfc.com.

"I mean, you can't really ask for much more from your professional debut for Liverpool. I've just got to enjoy it now.

"It's a great club to be at – at this moment in time as well because they're doing so well. Of course I'm enjoying it, I'm enjoying training at such a high standard, you've got to be hitting [it] every single day. So you're improving as a player so much.

"It's a great group of lads as well, so it's a nice atmosphere to be working in."

Jürgen Klopp's cited 'the situation that we have' as his reason for bringing Phillips back, with Dejan Lovren, Joel Matip and Fabinho suffering injuries.

Returning to English football did require a short period of adaptation time, but Phillips and co went on to produce an assured display at the back to keep out Carlo Ancelotti's side.

"Obviously I've trained with the boys a lot, so I know what they're like," the Bolton-born defender continued. "But spending four or five months away playing a different style of football in a different country, [the Everton match] was a real sort of realisation of how different the styles of play are.

"It was a bit of a shock for me first 10 minutes at how fast-paced the game was because I've been used to a slower-paced game in Germany.

"But you've just got to get over that and do your job. Fortunately we managed to do that with a clean sheet.

"I thought it was a great team performance. We all dug in. It was a difficult game obviously.

"The team had changed a lot, so it's a team that hasn't play much together. I've been away for the most part of the season and been in for the last week and a half but had to settle in.

"But it just showed what a great group of lads we've got and what character we've got in the team because we kept a clean sheet at the back and created ourselves a lot of chances. I think we deserved the win."