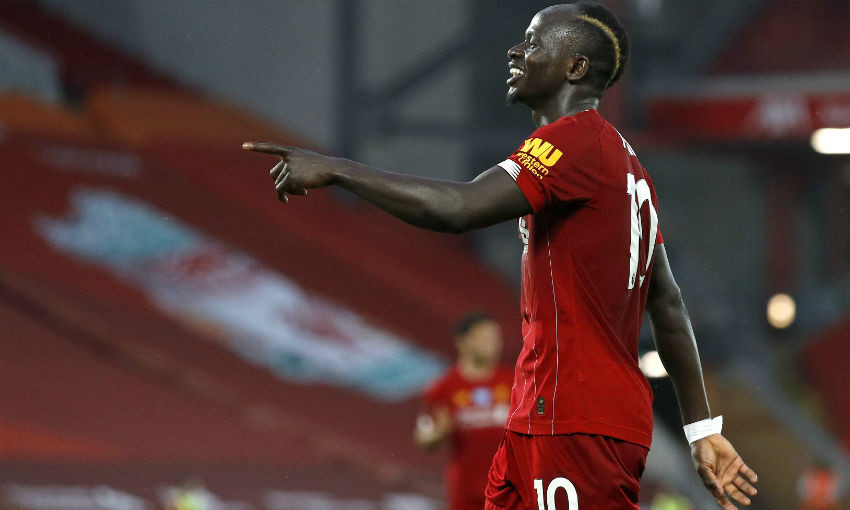 Alisson Becker: 'We've done special things - and we want to win even more'

Sadio Mane has vowed that Liverpool will not stop following their coronation as Premier League champions.

Jürgen Klopp’s side sealed their fourth major trophy in a little over 12 months last Thursday, when their status as England’s best team was confirmed with seven matches of the season to spare.

But while acknowledging the moment as ‘special and unique’, Mane has immediately set his sights on achieving further success.

Liverpoolfc.com caught up with the forward to discuss the Reds’ title win, the celebrations that followed, his short and long-term objectives and more.

Read on for the full interview…

Sadio, you’ve had a few days now for it to sink in - how does it feel to be a Premier League champion?

It’s a special moment and a unique moment. It has been a long [time], waiting for the title and finally we got it and you can see how happy the players, the staff, the manager, [the people] around the club, all over the world the supporters are. It’s just an incredible moment and now we have to enjoy this moment and at the same time make sure we are ready for the next games.

Talk us through what was going through your mind in the final few moments of the Chelsea v Manchester City game last Thursday?

When we were watching the game it was a little bit nervous, especially myself because usually when I’m supporting a team I get nervous! I always struggle to watch football games… [but] when Chelsea scored everybody was celebrating. It was just a good night, an incredible night and to be honest it was a special day again.

Did you allow yourself to dream what it would feel like after waiting so long?

I always say that dreams are allowed and for sure last year we went really, really close: one point, but at the same time I can say congratulations for City because they for sure deserved it and won it and that’s part of football. We showed this year great character and from the beginning we have been really, really consistent, which is really important for the team who has a dream and the team who wants to win something. For sure we showed it from the beginning until the end and the gap was so big for us. It’s just an incredible moment for us.

Did the fact you went so close a year ago make this even sweeter for you now?

Yeah, that’s why this one is really, really unbelievable. The way we have been so close and the next season we come from the beginning, being consistent and having this big gap, I think this is just belief and at the same time we are showing great character and the feeling that everything is possible in football.

The fans waited 30 years for this title and the manager said the other day that you, as a team, are now legends at this club. How does it feel to have written your own chapter in Liverpool’s history?

I think this is another step of all of us in our career for what we want to achieve, because as football players you have to be always professional and always hungry in a good way to win everything. I think we have a great team, great staff and the club is amazing, so we have another step and big things to achieve so we won’t stop here. We just have to believe in ourselves still and keep working harder and be humble for sure – work hard and try to achieve bigger and bigger things with this club.

We saw how emotional the boss was after the title was confirmed. How inspirational is it for you to be around him and work with him every day?

Yeah, he is a great manager and everybody is happy with him. I am lucky to be working with him for sure, because as a player and a human being I have developed under him which is really important for every player. We can see how the players develop in this team, so I think all the things come from him. So I will say again, thanks to him.

Your next game is against City on Thursday. It would be the icing on the cake to go to the Etihad Stadium and get a positive result, wouldn’t it?

For sure. Like I always said, we don’t have to stop and we won’t stop for sure after being champion. I think it’s another step of our careers and what we want to achieve so I can say for myself, it’s part of us and it’s the past now so we have to make sure we [carry on]. Records in football are always there to beat so for sure we want to achieve again something special after being champion. It’s going to be a really, really good game [and] for us there are no excuses, we have to do everything possible to win it because now we have seven games. We are going to take it game by game and try to win all of them because it’s our dream and really important for us.

Yourself, Mohamed Salah and Roberto Firmino have linked up so well again this season. Why do you think it is that you have such a special understanding as a front three?

I always say we are lucky boys! People are always talking about us three but I think this team is more than the front three. I am lucky to play alongside these two great players [up front] and they make everything easier for me… I will keep trying to work harder and harder to get better and better for the next games.

You’ve got a great relationship with Andy Robertson down the left too. How much does he help you?

Andy is a great lad, first of all, and he is a great player. You can see his desire and how hungry he is in the game and he always wants to learn and always wants to improve. For me he is the best left-back in the Premier League for sure and in the world. He is still young and can improve a lot and he’s just an incredible player, always going forward and he is defending properly… he is just a unique player.

Finally, do you have a message for the fans?

The message I have to say is just that we know how we miss them and how they miss us, so it’s on both sides. I think everybody understands the situation at the same time and it’s not easy right now, but we are just here for them and we will do everything possible to make them more proud and proud every single game. And I think we will have time [in the future] to celebrate again this title and make some nice parties and good things together again, and to make sure we are going to be ready again for the next season.

Salah and Mane named in AFCON Team of the 21st Century