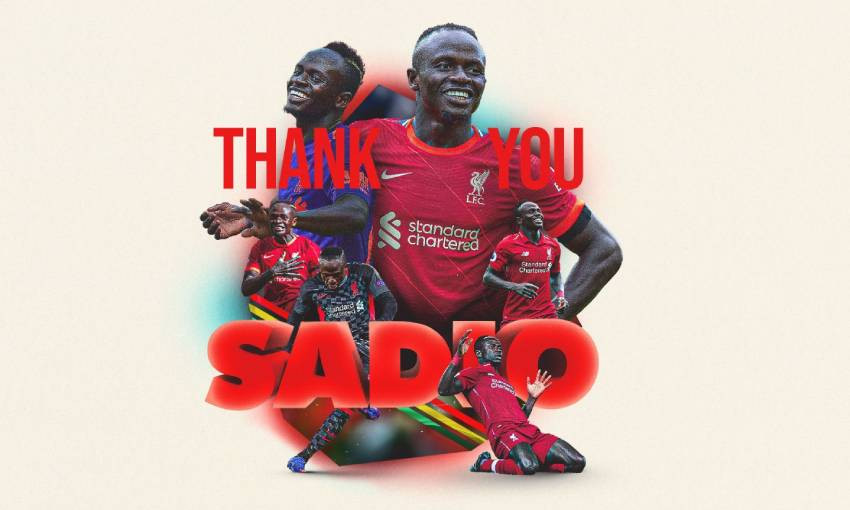 Watch: Behind the scenes of Calvin Ramsay's first day at LFC

The Senegalese forward heads to the Bundesliga outfit after six brilliant seasons with Liverpool.

From his 269 appearances for the club, Mane delivered 120 goals, 38 assists and countless smiles and memories.

So many massive moments in Red that we’ll never forget ❤ https://t.co/fz61yQp8DG

"He is a machine," Jürgen Klopp wrote in April. "What he has done for this club and continues to do puts him in the bracket of ‘legend'."

Signed from Southampton in the summer of 2016, Mane was a key figure during Klopp's first full campaign as Liverpool manager, putting them on course to clinch a fourth-place Premier League finish and a return to the Champions League.

His levels – as well as the team's – would continue to rise year upon year as part of Klopp's devastating forward line.

Mane would break the 20-goal mark in all competitions in 2017-18, with 10 coming in the Champions League as the Reds reached the Kyiv final, which ended in defeat to Real Madrid.

Twelve months later, however, he got his hands on European club football's biggest prize after starring in the victory over Tottenham Hotspur in Madrid.

Mane was ever-present during the triumphant Champions League journey and had produced his best Premier League campaign with 22 goals to win the Golden Boot, along with Mohamed Salah and Pierre-Emerick Aubameyang.

The following campaign would be a memorable one, on a personal and collective level.

The 2019 CAF African Player of the Year helped Klopp's side make history by ending a 30-year wait to lift the Premier League title.

Mane racked up 22 goals and 12 assists in all competitions throughout 2019-20, when Liverpool became league, FIFA Club World Cup and UEFA Super Cup winners.

Despite a hugely challenging 2020-21 season for the team and player himself, Mane was part of Liverpool's late surge to secure Champions League football, scoring twice on the final day to wrap up a third-place league finish.

In 2021-22, he was rejuvenated as stadiums returned to full capacity and thrived from a mid-season positional switch.

Mane scored his 100th goal for the club against Crystal Palace in September, and a month later brought up his century in the Premier League – becoming just the third African player to reach three figures.

After guiding Senegal to Africa Cup of Nations glory for the first time in February, he returned to Merseyside hungry for more silverware, as the Reds played every fixture available to them. 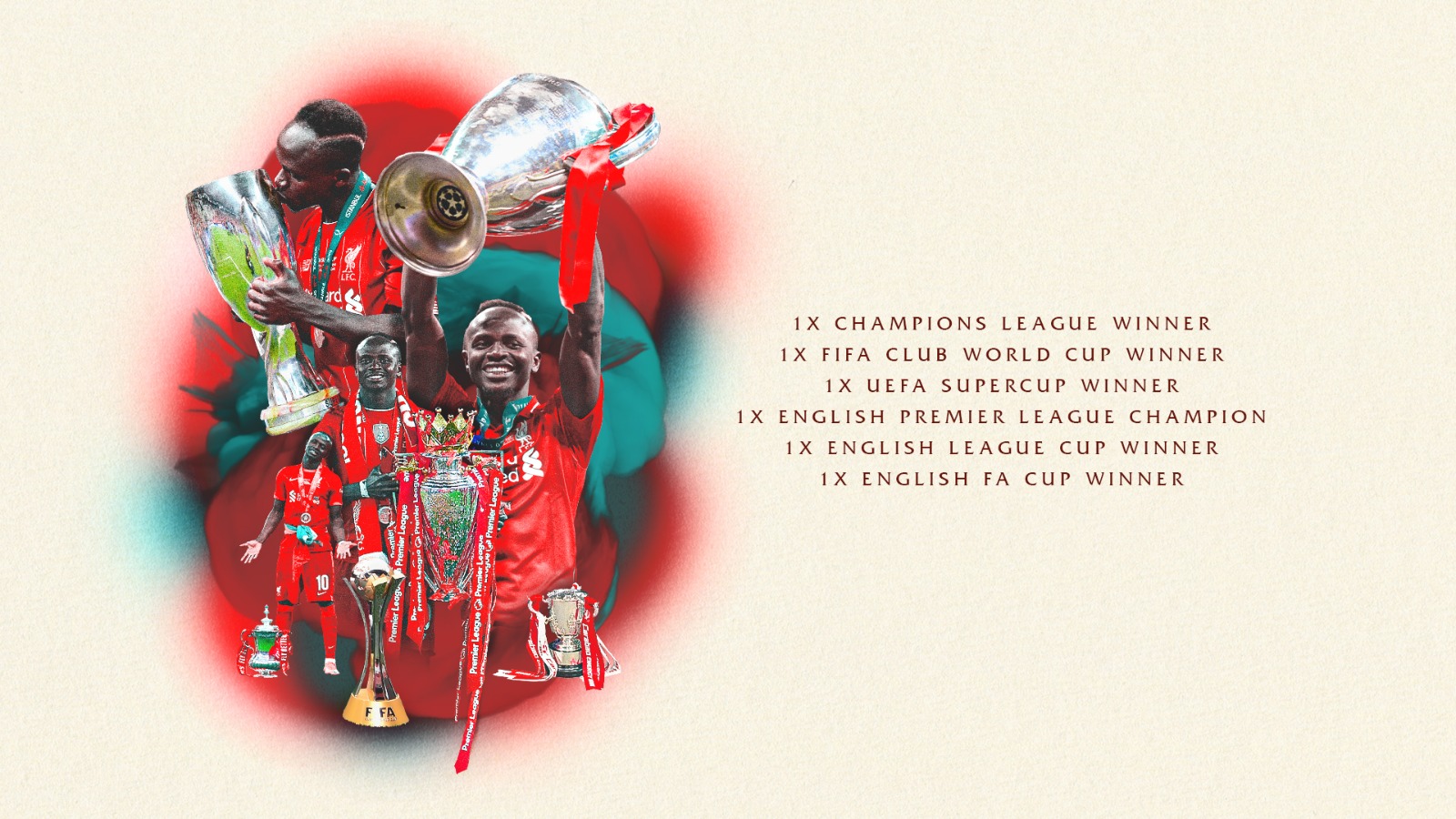 A starter in the success over Chelsea in the Carabao Cup final, Mane continued to operate in a central role during the push for the three other honours on offer.

The FA Cup was added to his medal haul on a memorable day at Wembley in May, although his Liverpool career ultimately ended in heartbreak – narrowly missing out on the Premier League title and suffering defeat in the Champions League final.

But the disappointment of that week cannot come close to overshadowing, in any way, the joy and quality Mane brought to the club in his six-year stay.

A devastatingly effective player with an infectious personality, he will, quite rightly, go down as one of best forwards in Liverpool's illustrious history.

We thank Sadio for everything he has done and wish him the very best of luck in the rest of his career.