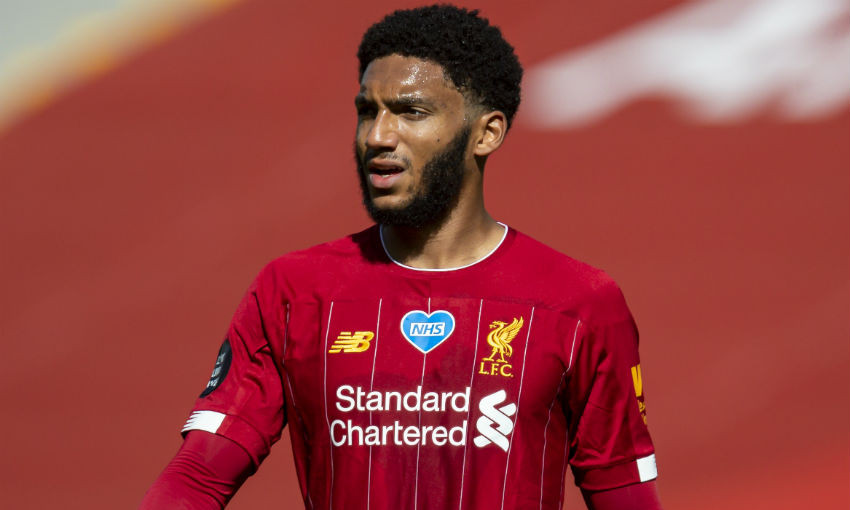 Joe Gomez has challenged Liverpool to strive for long-term consistency in order to continue winning trophies while stating: “We are far from the finished article.”

Jürgen Klopp’s side have claimed four major honours in the space of a little over 12 months - the latest of which being the Premier League title - and are the reigning English, European and world champions.

Wednesday's 3-1 win at Brighton and Hove Albion moved Liverpool onto 92 points from 34 top-flight matches so far this term, meaning they require nine points from their remaining four fixtures to break Manchester City's record of 100 points in a season.

And maintaining such high standards is now the aim for the Reds, according to Gomez.

Outlining what Liverpool’s next step must be as a team, the defender told Premier League Productions: “I think consistency and striving year in, year out. Obviously, City have done it a fair few times now and they’ve set the bar for what it’s like.

“Maybe five years ago, with some of the points tallies, if you knew they had been achieved, you would say there’s no chance. I don’t know if it’s possible to carry on losing one or two games a season, but I think consistency is what we are striving for.

“I just feel that the bar has been set so high that, maybe, it’s difficult to carry on emulating that level of consistency, where it’s 100-point seasons every year.

“As a group, we are trying to maintain that consistency whereby we can continue getting results [and] I think that’s what is so good about this year - that regardless of whether we got the result, sometimes our performance might have lacked a few things or not been quite the way we wanted it to be, but we still got there in the end.

“I think continuing to keep that level of desire to win and finding a way to win, while maintaining high levels of performance week in, week out is obviously what we can strive for now.

“We are far from the finished article and we’ve got a young, hungry squad that hopefully can keep on learning.”

On the recent successes, Gomez continued: “I think it is surreal and, at times, you probably do take it for granted. As players we are just sort of in the moment and our thoughts are on the here and now.

“It probably is, speaking to my family and supporters since, something we will reflect on in years to come - to be thankful that we were part of this team. I know I feel that way, that I am fortunate to be part of our current squad, under the manager that we have and the fact that we’ve been able to achieve those things over the course of this year.

“It’s what we play football for and it will definitely be a year that I know we will look back on with great memories. Hopefully we can continue to emulate that sort of success.

“Obviously, football isn’t plain sailing and we’ve been lucky to have had that opportunity to be in those finals and get those medals, but I think it’s hard to reflect on it in the moment because it’s so continuous.

“This last one [Premier League] was definitely special and one that will be in my memory for a long time.”