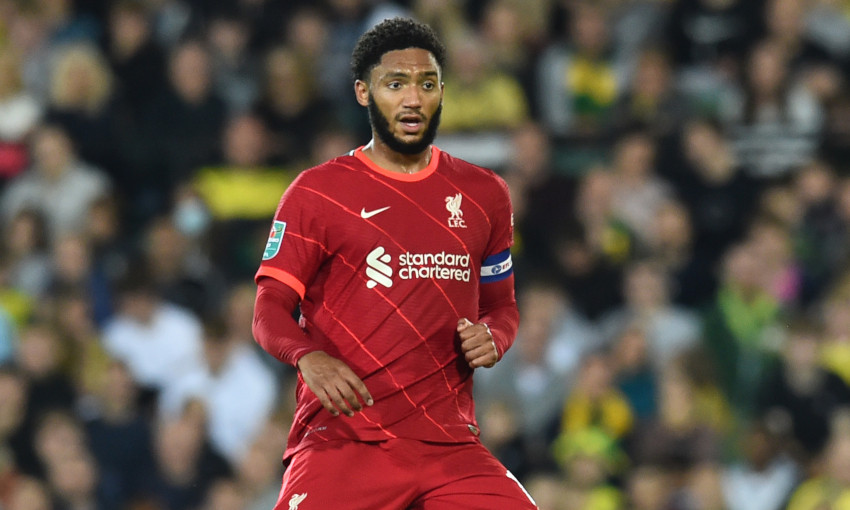 Joe Gomez relished the 'massive honour' of captaining Liverpool as they advanced to round four of the Carabao Cup by beating Norwich City 3-0.

The centre-back was one of nine players brought into the starting line-up at Carrow Road on Tuesday night and was handed the armband for the first time since arriving in 2015.

A brace from Takumi Minamino sandwiched Divock Origi’s 10th goal in the competition for the club to ensure the Reds were victorious on Gomez’s special occasion.

“It was a massive honour,” he told Liverpoolfc.com post-match.

“Obviously after the period I’ve had, the different injuries and coming back, I’m relishing every minute and on top of that, to be able to captain the side was unbelievable. I really enjoyed it.

“You’re responsible to try to lead as best you can. Everyone does that in different ways. I knew you don’t want to do anything over the top or out of the ordinary, you want to be yourself.

“The boys, everyone is unbelievable so there’s not much you need to say; it’s just about trying to be confident and give as much encouragement as possible.”

Jürgen Klopp’s chosen XI against the Canaries included senior debuts for Conor Bradley and Kaide Gordon, while Tyler Morton then entered the action from the bench for the second half.

“They all did unbelievable,” said Gomez of the trio from the Academy. “A special mention to each and every one of them.

“We saw glimpses in pre-season of how good they are, a lot of training sessions they come up and train with us. They all did unbelievable.

“It’s not easy to come away without much rhythm and make your debut away at a tough place like this. Each of them did especially well.”

Minamino converted from close range with just four minutes on the clock to give Liverpool an early advantage in the third-round tie.

The visitors needed Caoimhin Kelleher to save a penalty from Christos Tzolis before the break but quickly strengthened their grip on the tie when Origi headed in Kostas Tsimikas’ cross.

Minamino nudged home a decisive third in the latter stages to book the Reds’ place in the draw for the next stage, which takes place on Wednesday night. 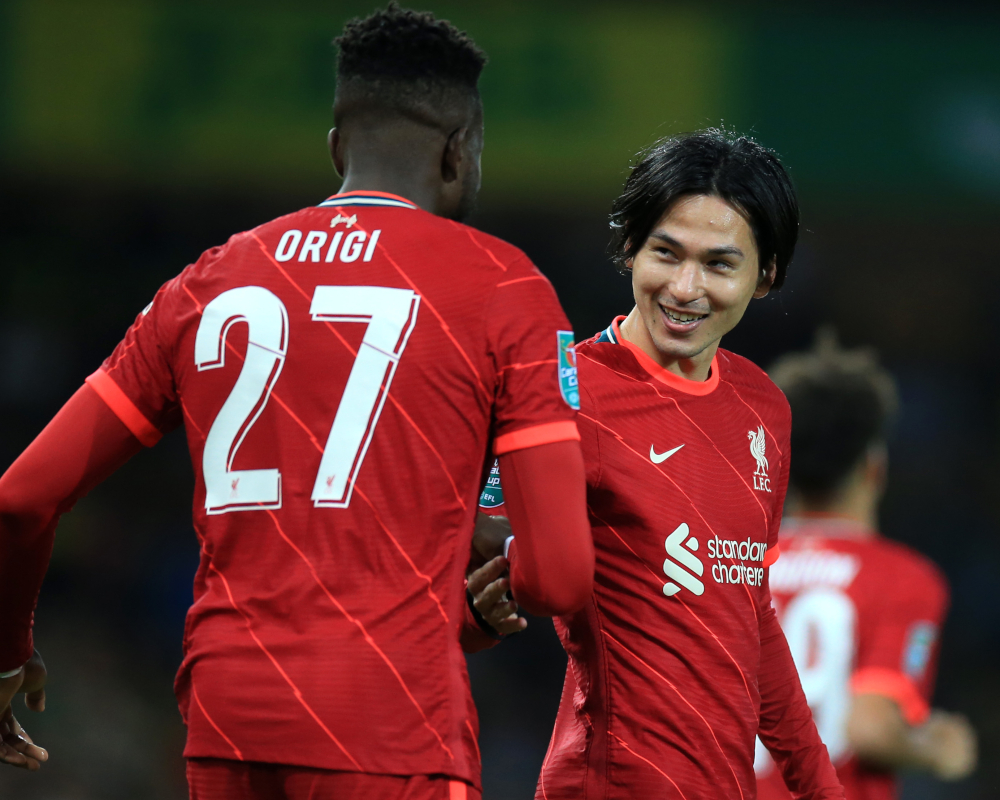 Gomez reflected: “We obviously knew it was going to be a tough test, coming away to a Premier League team with this many changes. We knew it wasn’t going to be easy.

“But to come away with a clean sheet and be as clinical as we were, was really positive. Obviously they had their phases in the game but I think overall we can be really happy.”

The manager has shuffled his central defensive options for recent games, with Gomez returning to the side tonight after featuring versus AC Milan last midweek.

On his approach to the competition for game time in that position, the No.12 said: “That desire, just try to apply it every day in the gym and on the training pitch. That’s all I can do.

“I know I’m at a top team with unbelievable players around me and part of that is just trying to play your part to push them. Aside from that, it’s just patience.

“I’m enjoying being part of it and being fit. I’m at a great facility with great people, a great club. I’ve got to enjoy that and just be ready for when the time comes.”