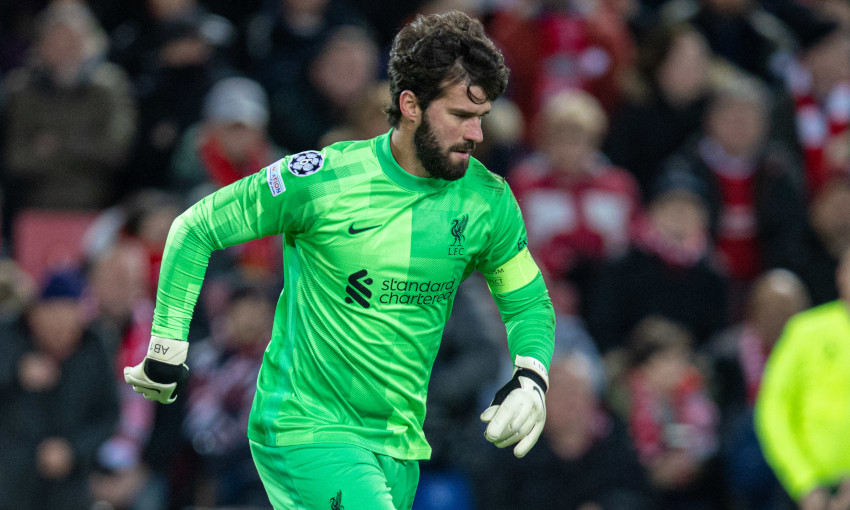 “A pleasure, an honour,” was Alisson Becker’s description of the opportunity to captain Liverpool.

The goalkeeper wore the armband for Wednesday night’s Champions League victory over FC Porto at Anfield, where goals from Thiago Alcantara and Mohamed Salah made it five consecutive wins in Group B.

Alisson was elated about the experience of skippering the team and underlined the depth of leadership qualities within Jürgen Klopp’s squad.

“The players did a vote for this – for extra captains. It’s a pleasure, an honour for me, being captain of this team. Many big players did that before,” the Brazil international told Liverpoolfc.com post-match.

“We have an amazing captain, but we have a lot of leaders on the team who are not wearing the band on the arm. But many leaders that play important roles; myself, Sadio, Mo, all the players.

“It’s really important to have all these players on the team who can make a leadership and push the players forward when it’s needed.”

After an opening half during which Porto threatened on multiple occasions, the Reds got themselves in front with a goal of sublime quality on 52 minutes.

Thiago moved onto a cleared free-kick 25 yards from goal and struck a pinpoint drive that sailed over the turf and nestled into the bottom right corner.

Alisson was perfectly placed to see the precision of the finish, and also another influential performance by Liverpool’s No.6 overall. 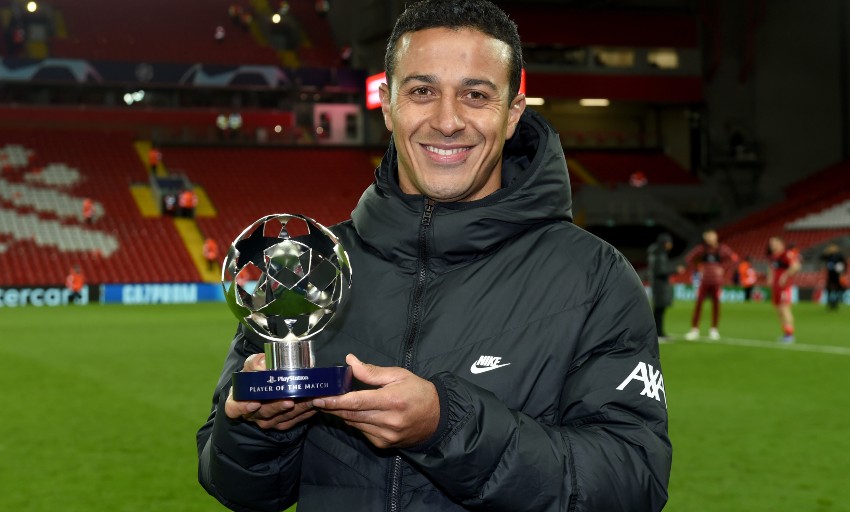 “It was beautiful,” he said. “Thiago, what a player! He shows it tonight as well, not only in the goal but the way he plays – he’s a really confident player who contributes a lot in our team in the building up and on the offensive phase.

“He’s an aggressive player in the good sense of the word. Always helping defensively as well. A smart player, always good positioning. So it’s really good to have him on my side.”

Klopp’s side’s tally of 15 points in the group phase is a club record and they will become the first English team to win all six fixtures at this stage of the Champions League if they beat AC Milan next month.

The manager was able to shuffle his options for Porto’s visit, making four changes to his starting XI and then five switches in the game, and Alisson could reflect on a satisfying night.

“Really good. It’s a different Champions League for us. In a really difficult group, that you can do this – five wins – is a really important thing. Like keeping the clean sheet,” he said.

“The performance we showed tonight as well was something really good. Mixing players, giving minutes for the players who are not playing all the time, this is really important for us for this season, for the things we want to achieve. It’s good to count on everyone.”