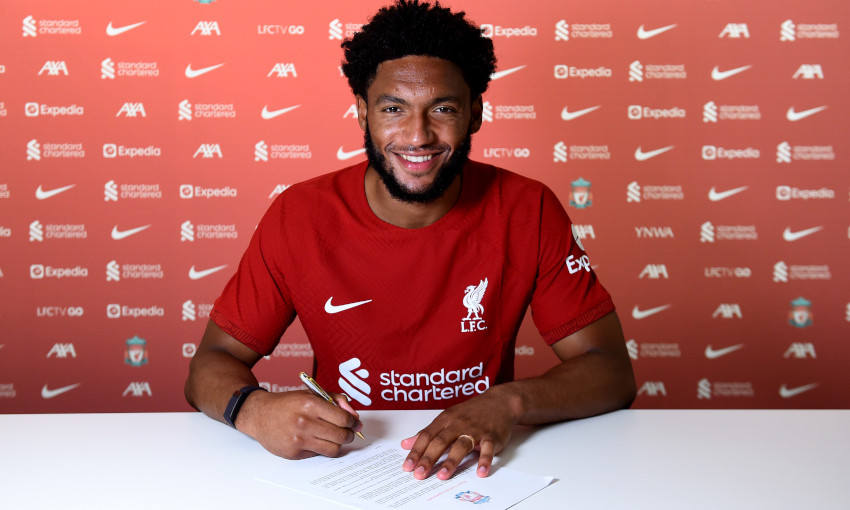 The defender put pen to paper on the deal at the AXA Training Centre on Thursday to extend his seven-year spell with the Reds into the coming seasons.

Gomez moved to Anfield from Charlton Athletic in the summer of 2015 and has since made 142 appearances, claiming winners’ medals in the Champions League, Premier League, FA Cup, Carabao Cup, UEFA Super Cup and FIFA Club World Cup.

Shortly after adding his signature to the contract, he told Liverpoolfc.com: “It's obviously a special moment for me and my family. Another one that you dream of as a kid and one I don't take for granted.

“It is an unbelievable place to be; in my eyes, probably one of the best - if not the best - clubs in the world at the minute. The opportunity to extend my stay here was an easy decision to make, really.

“Obviously, I have been here quite a while now, but in the grand scheme of things I still feel young and, like you say, the best years are ahead of me. I have got more to learn and the time to do that.

“I think I have the platform here to do it with the manager and the coaching staff around me and my teammates, to make sure the best years are ahead.”

Injuries have prevented Gomez from adding to his appearance tally for Liverpool so far; nevertheless, he has established himself as an integral part of Jürgen Klopp’s side, operating at centre-back or right-back.

Last term, the 25-year-old turned out 21 times in all competitions to aid Liverpool’s push in all four competitions, remaining fully fit for the entire campaign.

Gomez, who also has 11 England caps to his name, added: “I think as a group, the sky is the limit. We want to go one, if not two, better than last season and aim for it all.

“We definitely have the ability to do that and the belief is there, it's just about us taking it one game at a time, like we did last season, and just being true to ourselves, playing the way we play under the gaffer's guidance.

“Who is to say we can't go on to do more than we did last season?”