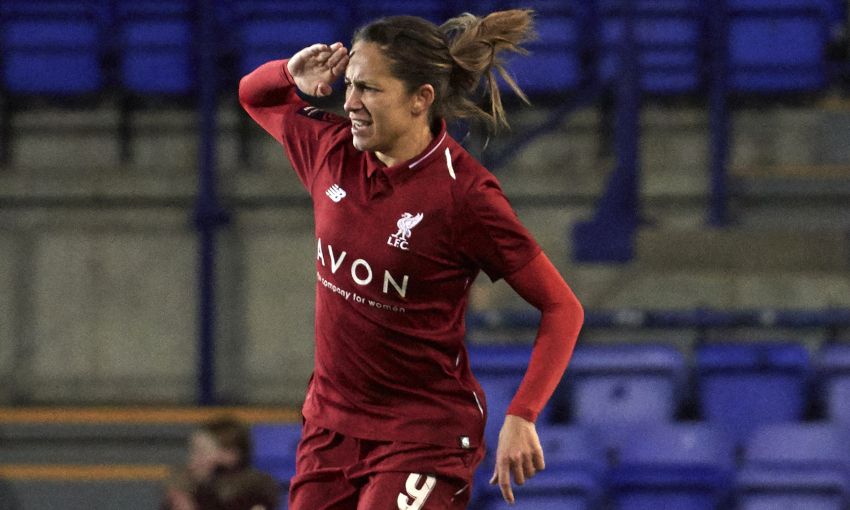 Liverpool FC Women forward Courtney Sweetman-Kirk has been shortlisted for the FA Women’s Super League Player of the Month award.

The Reds No.9 is in the running for the accolade after a January which included three goals, two of them winning efforts against Yeovil and West Ham.

Her game-decider against Yeovil was particularly noteworthy, a spectacular overhead kick in injury time.

Sweetman-Kirk’s goals have delivered two straight WSL victories for Vicky Jepson’s team as they put a tough run of results behind them.

The 28-year-old has previously won the Player of the Month award in November 2017 while with Everton. She joined LFC Women in July 2018 and is the club’s top scorer with nine goals from 15 appearances.

The POTM shortlist also includes Manchester City’s Nikita Parris, Lucy Graham from Bristol City and Erin Cuthbert from Chelsea. Fans can vote in an FA Twitter poll until 5pm this Saturday with the winner decided by this and a Football Writers' Association panel.

Sweetman-Kirk is likely to return to action on Sunday (February 3) when Liverpool Women take on MK Dons Ladies in the Women’s FA Cup fourth round at Prenton Park.

Kick-off is 2pm, with free entry for Liverpool season ticket holders and LFC official members, otherwise tickets are priced from £5 adults and £2.50 for children under 16 and concessions.

'United States tour is a big step forward for us'

'Courtney is the ultimate team player, she deserved her goals'