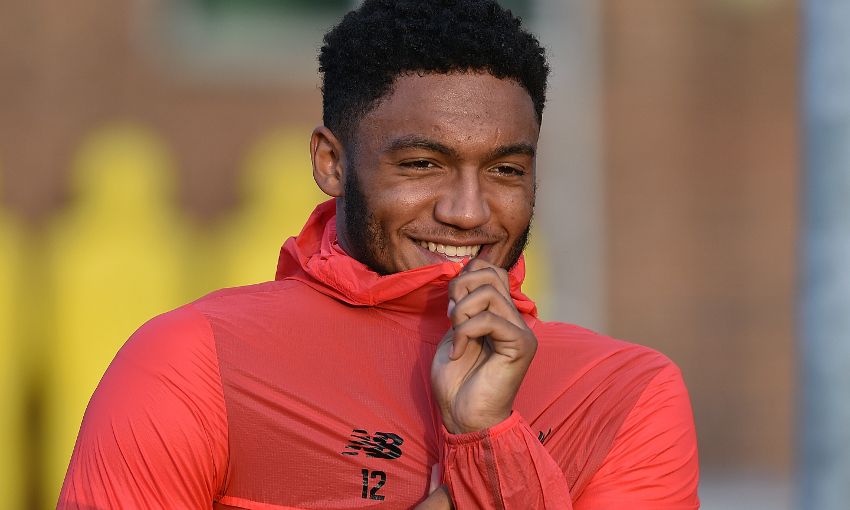 Dejan Lovren's respect for Joe Gomez's attitude during his long recovery from injury is matched by anticipation for what the Liverpool defender can achieve in the future.

The 19-year-old returned to training with his teammates at Melwood earlier this month – to the sound of their applause – after a year of rehabilitation for an anterior cruciate ligament problem.

“It was a really tough year for him,” Lovren told Liverpoolfc.com.

“I was looking at him every day throughout the year he couldn’t play. He showed so much strength – his mentality was blowing me away.

“He was always positive about everything. He was definitely disappointed but he never stopped believing. It was so good to see him back on the pitch.”

Gomez remains a way off featuring for the first team, of course, but the response to seeing him back with the squad showed the reputation he has earned.

The No.12 made such an impressive start to life with the Reds after signing from Charlton Athletic last summer, stepping up to Premier League football with apparent ease.

And Lovren has seen enough of his younger colleague to predict a very bright future.

He added: “The most important thing for him now is to keep his fitness. He’s coming back and hopefully he will have some games this year.

“I remember when we played with him last year – the first three games he played, he was amazing. He had an amazing start. This guy is so strong, he’s just 19. He is unbelievable. He can be a top player.”

Dejan Lovren was speaking in association with LFC World – the club and Standard Chartered’s immersive fan experience, which gets underway in Singapore from October 31. Click here for more details.