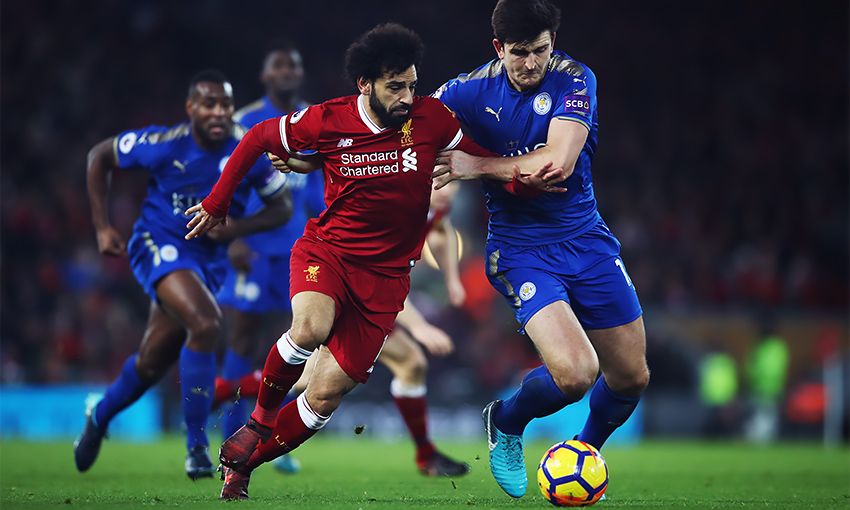 Liverpool put their 100 per cent winning start to the season on the line at Leicester City on Saturday.

The Reds will come up against a manager who has proven a thorn in their side in recent times, though.

Claude Puel enjoyed a six-match unbeaten run (won three, drawn three) against Liverpool as Olympique Lyonnais and Southampton boss - a streak that came to an end last season when his Foxes side lost 2-1 at Anfield.

Puel's team have made a promising start to 2018-19, narrowly losing out to Manchester United at Old Trafford on the opening day before beating Wolverhampton Wanderers and Southampton in their subsequent Premier League matches.

However, they head into Saturday's clash without striker Jamie Vardy following his sending off against Wolves.

So, what are the Foxes' expectations heading into the clash with the Reds?

We caught up with Leicester fan, journalist and author Rob Tanner (@robtannermerc) to find out...

How is Puel regarded by Leicester's fans? 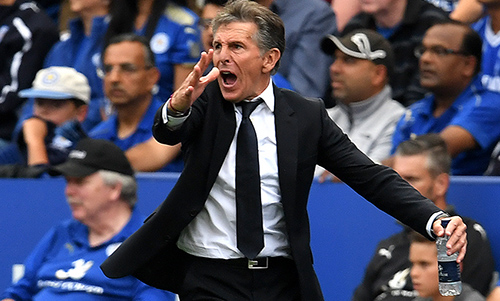 There are a section of the supporters who were unhappy with the way City failed to take their opportunity to qualify for the Europa League last season and Puel has to win those fans over. A good start to the season was crucial in that regard and those critics of his style of play and selections are a little quieter now, but they are still there and after a poor run of results they will become vocal again. Puel hasn't got much credit in the bank with them.

However, many fans seem to see what he is trying to do with a very young, attacking side. Their patience will be crucial for Puel.

Four games into the campaign (including a Carabao Cup win over Fleetwood Town), have your pre-season expectations for 2018-19 changed?

No, the expectations remain the same. City must challenge for European qualification again this season, not just to silence Puel's critics, but to demonstrate to the young stars like Harry Maguire that they can fulfill their ambitions at the club. There will be many clubs watching England international Maguire, Wilfred Ndidi, Ben Chilwell and the other promising youngsters, waiting to try to lure them away.

A cup wouldn't go a miss either, especially the FA Cup.

How have the club's summer transfer dealings affected the team? 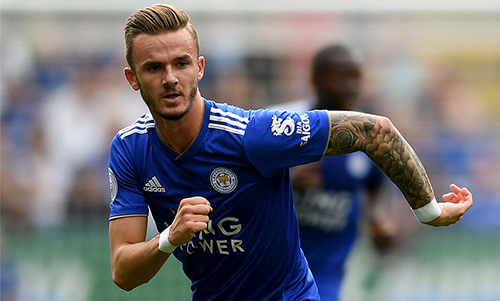 Everyone knew that Riyad Mahrez was likely to leave this summer. That was no surprise, so Leicester have been preparing for life without their most effective attacking player in terms of goals and assists. His departure has weakened City. However, it looked like an effective window, with James Maddison adding a strong option in the No.10 role.

Puel's Leicester narrowly lost to LFC at Anfield last season, what will he do differently this time?

I don't think he will change his approach. City will line-up in the same system and adopt the same style of play. He tends to concentrate on how Leicester play rather than on stopping the opposition, and he probably knows it will be impossible to keep Mohamed Salah, Roberto Firmino and Sadio Mane quiet for 90 minutes anyway.

City will take the game to Liverpool. They will try to keep possession, which is a big change from the counter-attacking style they had before, but the loss of Vardy is a big problem for them. 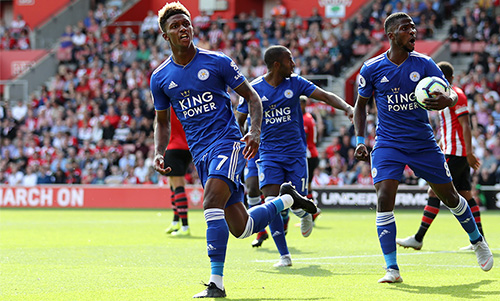 Their youthfulness in attack. They do play with freedom and confidence with Maddison, Chilwell and Demarai Gray combining well. The final ball sometimes isn't quite there and if they can get that right more consistently they will test every defence in the league. Ndidi is also hugely influencial in midfield.

The defence is still settling in. Puel has switched repeatedly between Evans and Wes Morgan to partner Maguire, and he has also continually switched between Daniel Amartey and Pereira at right back, sometimes using the latter as a winger.

The back four need to be settled and get to know each other as quickly as possible, but it will be interesting to see when Puel introduces Soyuncu. The Turkish defender will provide further options.

How do you expect the Foxes to line up this weekend? 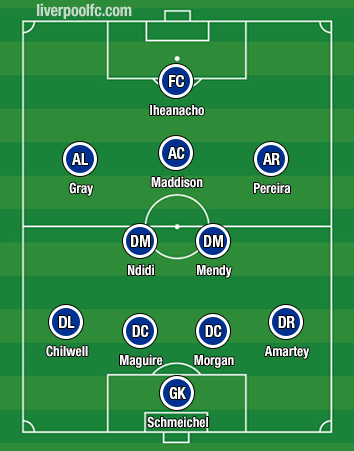 With Vardy suspended, who is Leicester's danger man?

Maddison is the creator. He finds space in the pocket between the midfield and back four and likes to turn and thread passes through. He has been encouraged to shoot more often too. He is a very positive player and is always looking to play forward. Liverpool will have to be aware of him.

Which key battle could turn the game in either team's favour?

The key is how City's defence handles Liverpool's phenomenal front three. If they can't get to grips with them then they will be out of the game very quickly. They have to do something that most defences have failed to do and that is stop the triple threat of Salah, Firmino and Mane.

If City can get it right defensively, and Ndidi and Mendy will be key to protecting the back four, I feel they could get a draw. 1-1.