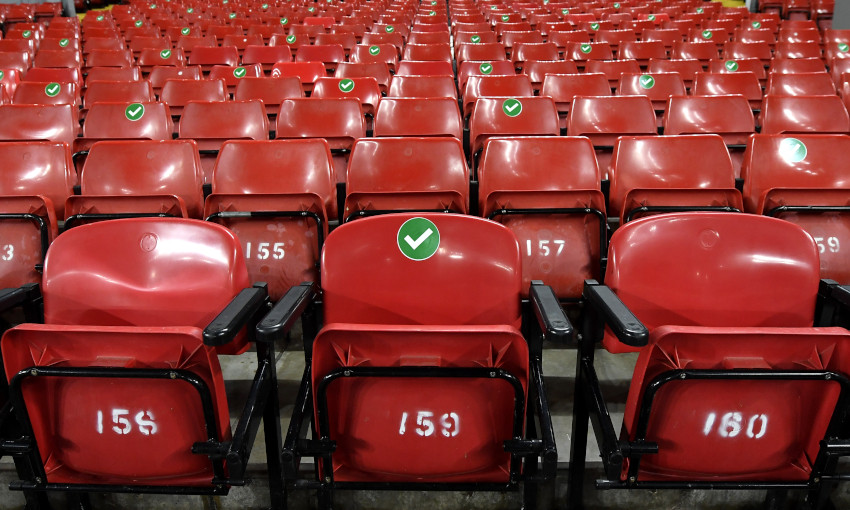 Liverpool FC would like to update supporters that the ticket ballot for the final game of the season, against Crystal Palace on Sunday May 23, is now closed.

The ballot opened last week following guidance from the government which will allow the Reds to play their last home fixture of 2020-21 in front of a maximum of 10,000 supporters, in the interest of public health and safety.

The club can confirm that based on the number of supporters who have entered the ballot, eligible fans have an 84 per cent chance of being selected.

Fans will be notified whether they were successful in the ballot or not on Tuesday May 11, with tickets then available to purchase from Thursday May 13 at 10am BST.

Before purchasing a ticket, supporters must refer to the Supporter Code of Conduct to ensure they comply with the new rules and guidelines that will be in place to make Anfield as safe as possible for everybody present. Supporters will also be required to complete a health declaration form which will be live 24 hours before kick-off.

Guidance from the government only allows for travel across the UK, meaning the ballot was only open for registration to all supporters who live within the UK. This is subject to any travel restrictions should they be introduced. Fans must also be a season ticket holder or current official member with 19 credits from the 2018-19 Premier League season who have completed Fan Update and must not have attended one of the three games played in front of supporters in December.

Once the sale to ballot winners has taken place, any remaining tickets will be made available to those supporters who were unsuccessful in the ballot on a first come, first served basis.

All stands within Anfield will be open to general admission supporters for the Crystal Palace fixture in order to prepare and test the matchday operations.

Fans can also find more information and updates on the ballot process and return to Anfield here.