Centre-half Joel Matip joined Liverpool in July 2016 following the expiry of his Schalke contract and has been declared by Jürgen Klopp as one of the 'best ever signings on a free transfer'.

Klopp closely observed the No.32 while in charge of Borussia Dortmund and earmarked him as a potential recruit shortly before taking over the reins at Anfield.

A defender more than comfortable with the ball at his feet and not afraid to venture forwards, Matip was a hit among supporters during his first season at club. He opened his goalscoring account for the Reds in October 2016, powerfully heading in at Crystal Palace. 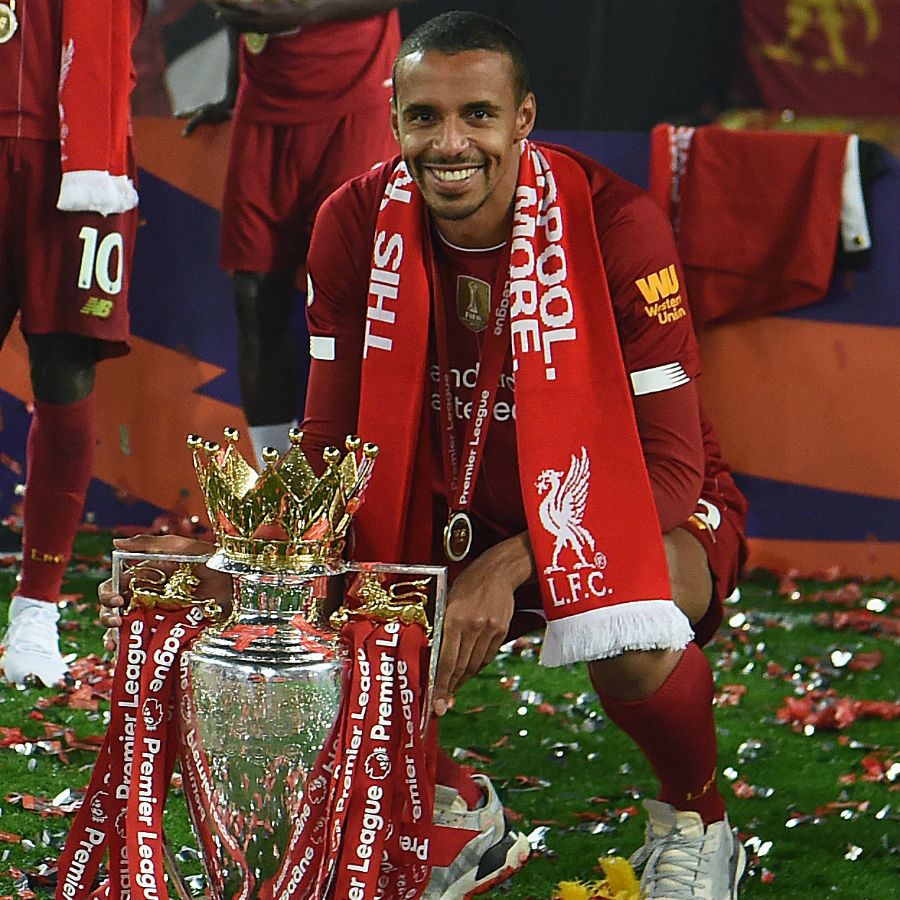 Matip was a prominent figure for Klopp's side in the following campaign, but an untimely thigh issue in April saw him miss out on the 2018 Champions League final.

His 2018-19 season was also threatened to be disrupted by a broken collarbone sustained in December. However, Matip returned to the fold a month later and went on to become one of Liverpool's most consistent performers en route to winning the European Cup and having the Premier League's best defensive record.

Incredible performances alongside Virgil van Dijk against Barcelona in both legs of the semi-final were followed up by a typically assured outing in the Madrid final, which included a key assist for Divock Origi.

He carried his fine form into the following campaign as he claimed the PFA Premier League Player of the Month for September before going on to sign a new long-term contract with Liverpool in October.

Ultimately, injuries would restrict Matip to 13 appearances in all competitions during 2019-20, but he did play his part in the Reds’ Premier League and UEFA Super Cup triumphs during the historic season.

Matip then made 12 appearances in 2020-21 prior to sustaining an ankle injury during a 3-1 win over Tottenham Hotspur in January, which kept him sidelined for the remainder of the season.

But he stayed fit for nearly all of the 63-game campaign that followed and shone, earning the Premier League Player of the Month award for February.

It was a season that saw him pick up Carabao Cup and FA Cup winner's medals, having appeared in both of the finals with Chelsea at Wembley.